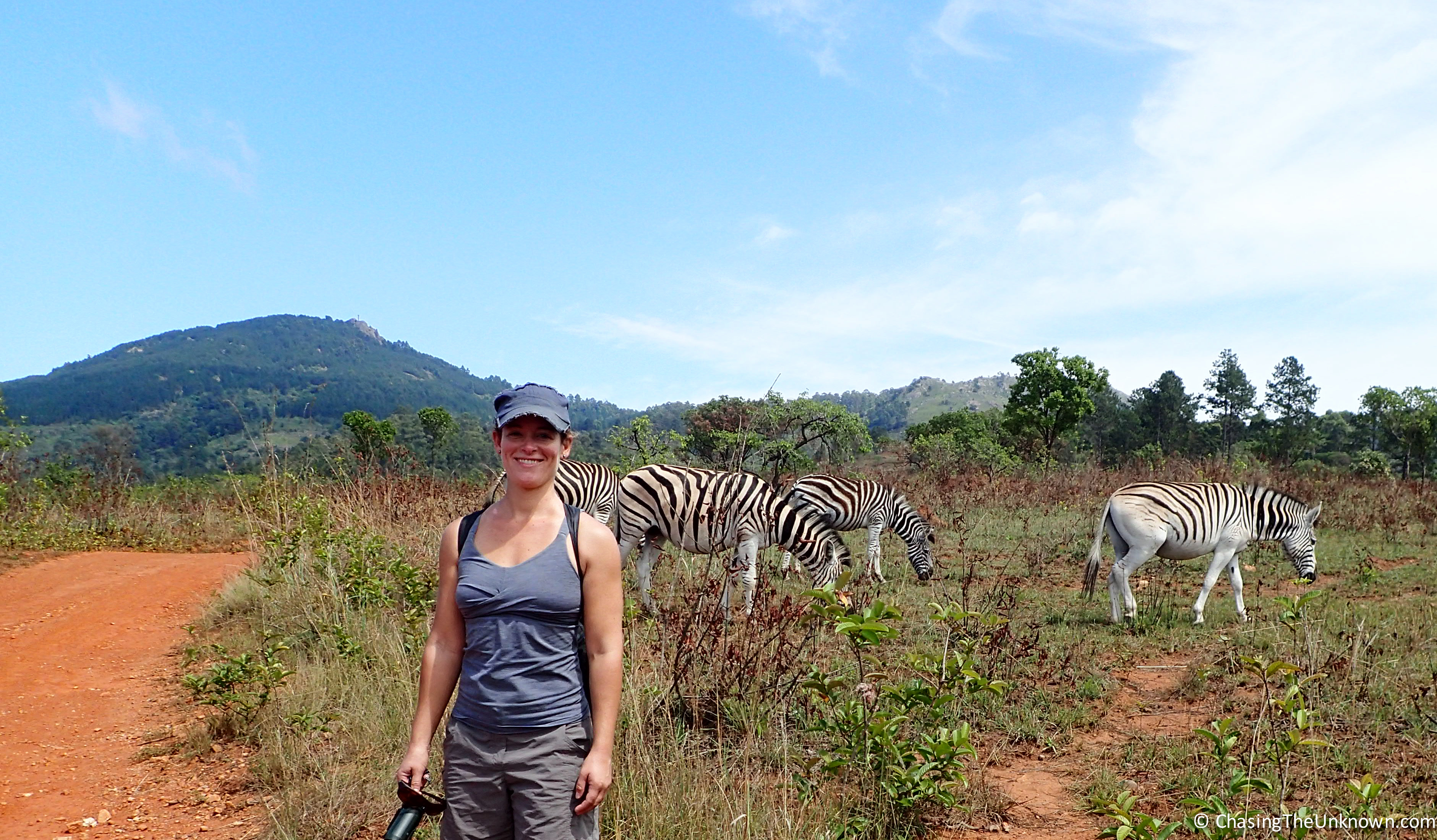 The first person I asked about whether it was worth visiting Swaziland told me that it’s nice for a few days but that’s about it. It’s great for animals and crafts and not much more, he said. Having spent five nights there, I have to agree. I’m glad I went and saw as much as I did but really, four nights would have been plenty. For those of you hoping for pictures of the well-made crafts, I’m going to let you down. I somehow failed to take a single photo of the weavings, candles, carvings, glass, batik fabrics, and other products being hawked to tourists at every possible opportunity. Sorry Mom! Please enjoy this photo of a traditional beehive dwelling with my 700ml water bottle sitting in the doorway to show just how small the entrance is.

If you aren’t familiar with it, the Kingdom of Swaziland is approximately 17,000 km2 (6564mi2) with a population of around 1.2 million. Life expectancy is around 37 and the country has one of the highest HIV infection rates in the world. Free condoms are readily available in public restrooms including those at immigration. The landlocked nation is nestled between Mozambique and South Africa and gained independence from Britain in 1968. The currency is tied to the South African Rand 1:1 so the two are interchangeable while in Swaziland but the Swazi Lilangeni (plural name: Emalangeni) is basically impossible to get rid of outside the kingdom. The current king has at least twelve wives and he has the opportunity to select a new one every August or September when the nation’s virgins come to dance before him at the annual Reed Festival.

My temporary traveling companion and I decided to focus on two places for our stay: Mlilwane Game Sanctuary in the western Ezulwini Valley and Mkhaya Game Reserve in the east. Because we couldn’t get a reservation at Mkhaya until one day later than we’d hoped, we had one night free to explore elsewhere in the country. As it happens, we wound up back in the Ezulwini Valley for the night after driving around the north. The country is beautiful and the people are incredibly welcoming but there isn’t much for tourists outside the Valley in terms of accommodation other than a few expensive lodges and some campsites. There is one underwhelming hostel up a mountain road with stunning views but not much else to offer.

As the bulk of our time was spent at Mlilwane, that’s where most of the following photos were taken. This Game Sanctuary is home to zebras, hippos, crocodiles, leopards (leopards come and go, I didn’t see any), a variety of antelope including bushbuck, kudu, impala, roan antelope and many others the names of which I don’t know, all sorts of birds, and lots of warthogs. Mlilwane is covered with walking trails and although the sun was strong, I loved the repeated opportunities to get close to wildlife. One morning I sat in the shade of a tree for nearly half an hour watching a hippo hiding in a pond come to the surface to breathe every few minutes. A neighboring crocodile didn’t move the entire time I sat there but turtles swam about, crawled onto the bank and back down into the water. More than once I walked along a path lost in thought only to have my attention caught by a sudden noise.  Inevitably I found a herd of bushbuck or a zeal of zebra staring at me. Getting this close to deer is rare enough but to have these opportunities with zebra and warthogs and other animals so distinctly “African” was truly special. 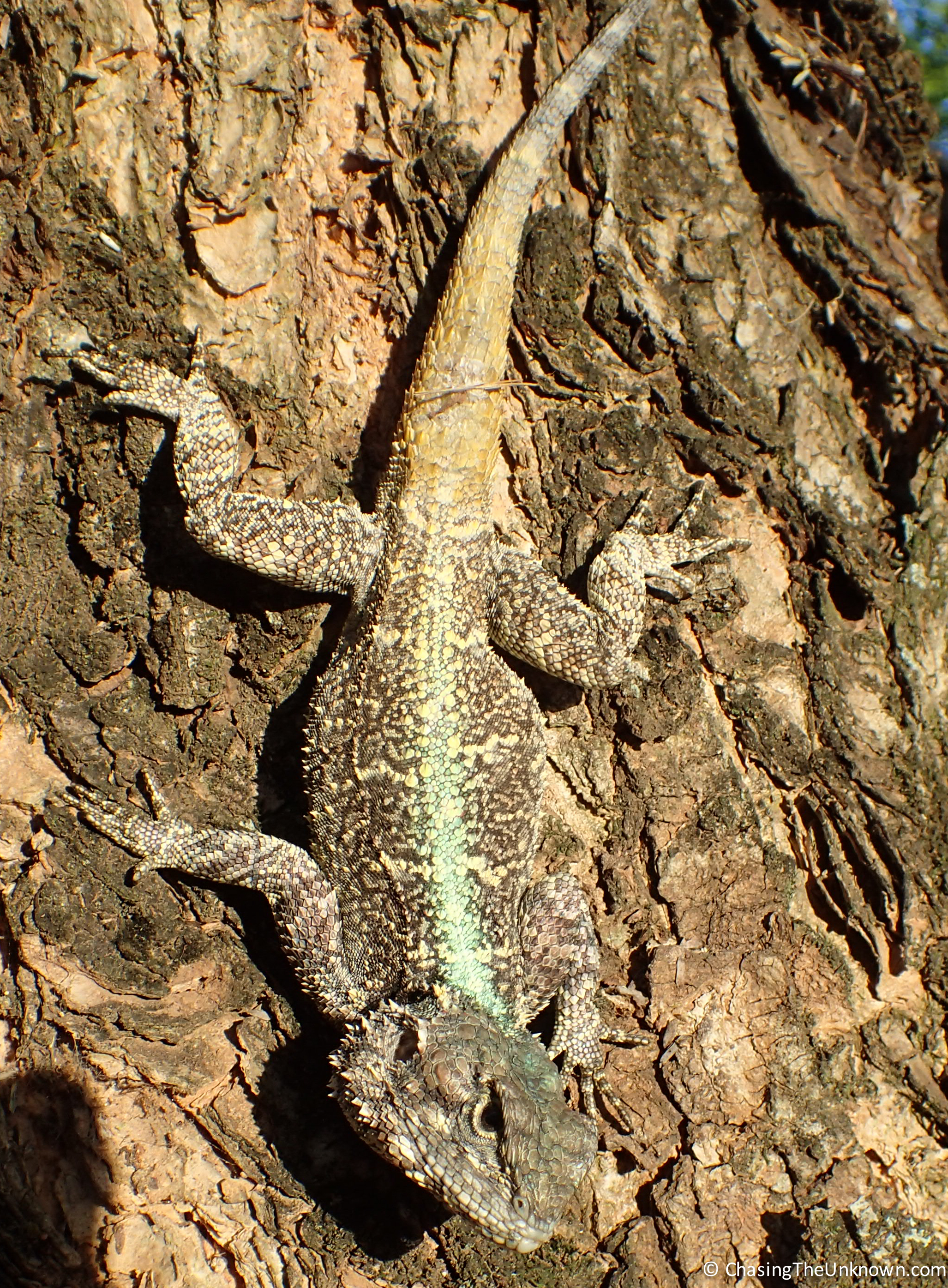 Mlilwane is also home to Nyonyane Peak, more commonly called Execution Rock. In a less civilized era accused murderers, witches, and other criminals were led up the mountain at spear point to be pushed off the side where a sheer cliff drops to the valley floor. Having stood at its edge, I can confirm that a fall would almost certainly mean a very quick death.

Swaziland is safer than South Africa with a significantly lower crime rate and unlike Mozambique, tourists are welcomed and the government has made tourism a priority. If you’re ever in the area, I’d recommend giving the kingdom a few days of your time.