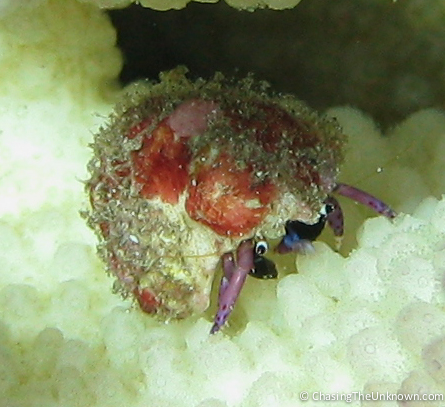 Something frustrating happened during my first week in Maui that means (1) I don’t have as many photos as I’d like of my dives in Hawaii over the last two weeks and (2) I’ll have to go shopping before my next dives. My camera flooded. As best I can tell, it’s now completely useless. Fortunately, I got a number of shots before that happened and had the GoPro for a few photos later in the week although as you’ll see below, I didn’t do so well with that. Enough of my moaning, onward to the diving!

Two of my friends from Utila are now working as SCUBA instructors in Lahaina on the island of Maui and the first week I was there, I also had the company of another friend who happened to be in town at the same time so I had great people to dive with. In addition to multiple boat dives with the shop my friends work at, we squeezed in three shore dives on our own. The water was colder than I expected at 23-25 Celsius (73-77 F) but the big beautiful blue of the ocean and the marine life didn’t disappoint.

Not only did I see an array of sharks, turtles, reef fish, nudibranchs, morays, eagle rays, and crustaceans, I was lucky enough to bookend my diving with whale calls and a school of hammerheads. The humpbacks have mostly left Maui by April but when I arrived, a few still lingered. The hammerheads, however, were just starting to show up as I was preparing to leave. My first dives were at the backwall of Molokini Crater and within minutes of descending, I heard the whooping back and forth of the whales, not close enough to be seen but a beautiful accompaniment to two lovely drift dives with excellent divers. 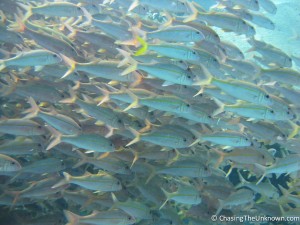 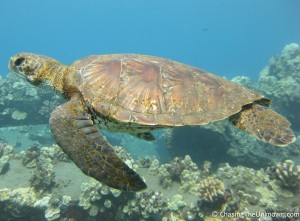 My final dives were at Molokai, starting at a site called Fish Rain because on the reef, it can appear to be raining fish. At the right time of year, the reef is only icing on the cake if you’re lucky enough to see the sharks. I saw five or six hammerheads on the first of two dives which had me smiling when I surfaced. But on my final dive of this trip, I was dancing underwater when I watched multiple groups of hammerheads circle the area and a few big galapagos sharks come to check us out. The visibility wasn’t perfect but I suspect that the twelve hammerheads I saw moving together were only part of a much larger school that I simply couldn’t see. Particularly as I watched multiple groups of three or four in the same vicinity while the current took me for a pleasantly-paced ride. All told, I counted around thirty hammerheads, two galapagos, and one white tip reef shark – plus I managed to spot two nudibranchs and a moray on the reef at the start of the dive before we hit the deep to check out the sharks. I’m not exaggerating when I say I grinned the entire boat ride back to Maui.

Tack on a dive at the Carthaginian, shore dives and a night dive at Mala Pier – one of my new favorite dive sites in the world – plus some fun dives at Lanai and Molokini crater and it’s hard for me not to resort to swearing to describe how good diving in Maui can be. To be blunt, it’s fucking awesome. 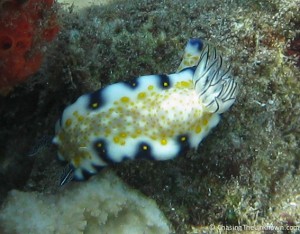 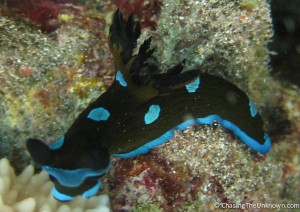 In the last eighteen months, I’ve done a fair amount of diving and been to some incredible places. My diving and underwater photography skills have improved and it saddens me to know I won’t be back in the water for a few months. But I have every intention of making up for my months on dry land when I next don a wetsuit and hit the water, hopefully with a new camera in hand. Many thanks to all my dive buddies in Hawaii and around the world, I hope to see you all again in the ocean one day.

4 thoughts on “Diving in Maui”