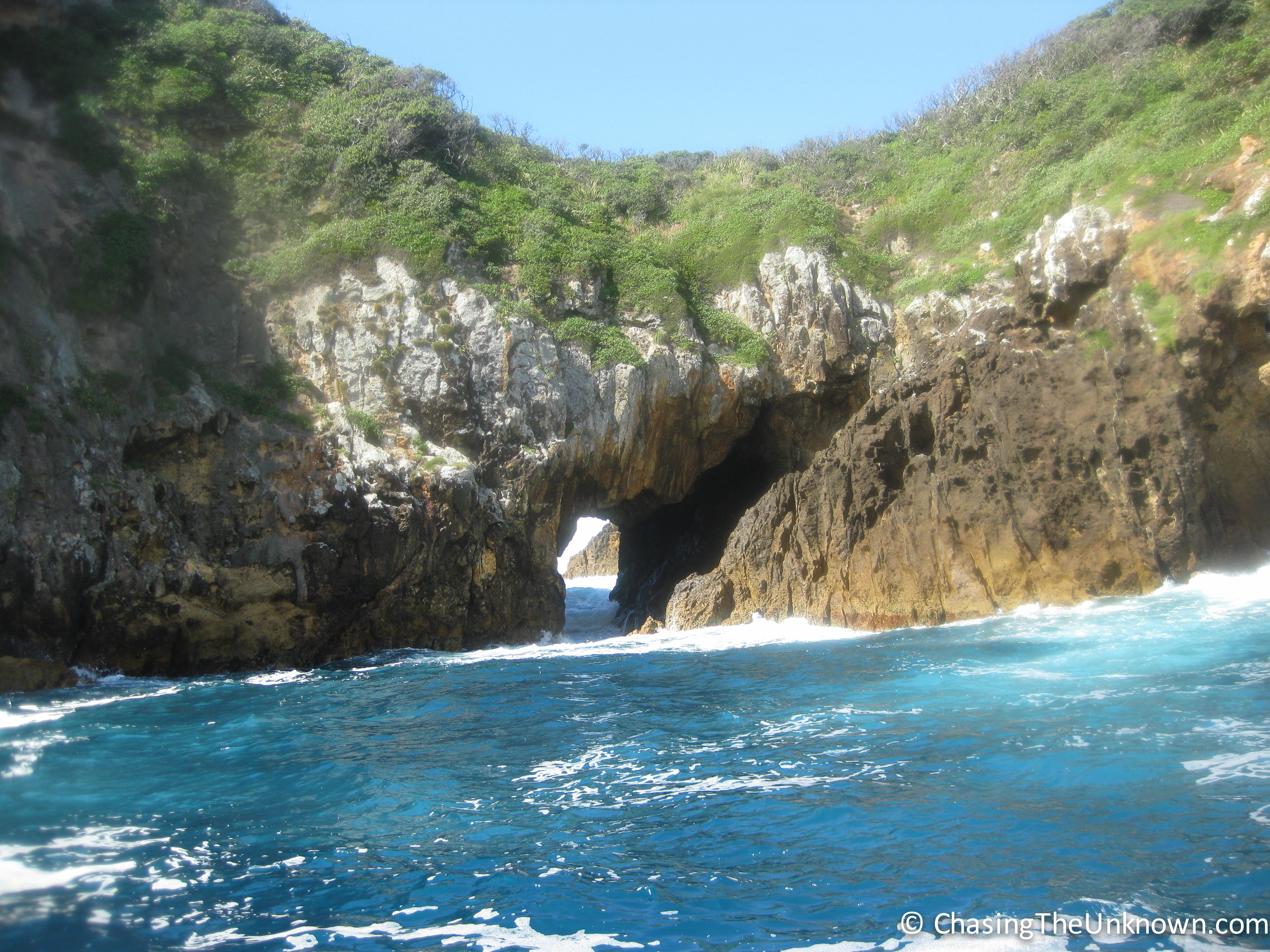 Long strands of kelp hold fast to a wall while a strong current pushes the fronds back and forth. We’re hanging on, watching a school of kingfish and I’m letting the current bat me around, feeling like the underwater equivalent of a leaf blowing gently in the wind. Jen and Rachel, our local divemaster, are keeping their positions on one side of the wall but I’m loving the ride and this wholly unique experience. A few minutes later, I’m staring at the largest scorpion fish I’ve ever seen, then at huge firebrick starfish, and not far away, a clown nudibranch. This is diving in the Poor Knights Islands, allegedly proclaimed by Jacques Cousteau as one of the top ten dive sites in the world. 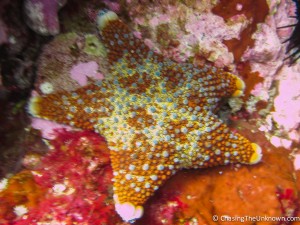 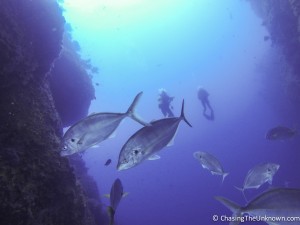 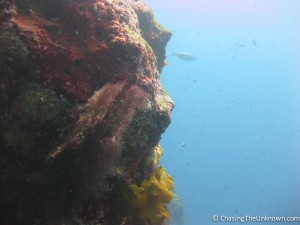 This is a sub-tropical environment so our dive shop provided 6mm wetsuits, hoods, thick booties, and for Jen, gloves. With the exception of our divemaster, the regulars on our boat wore dry suits. While I understand the appeal – especially given how much longer they stayed underwater – I was comfortable with the neoprene. 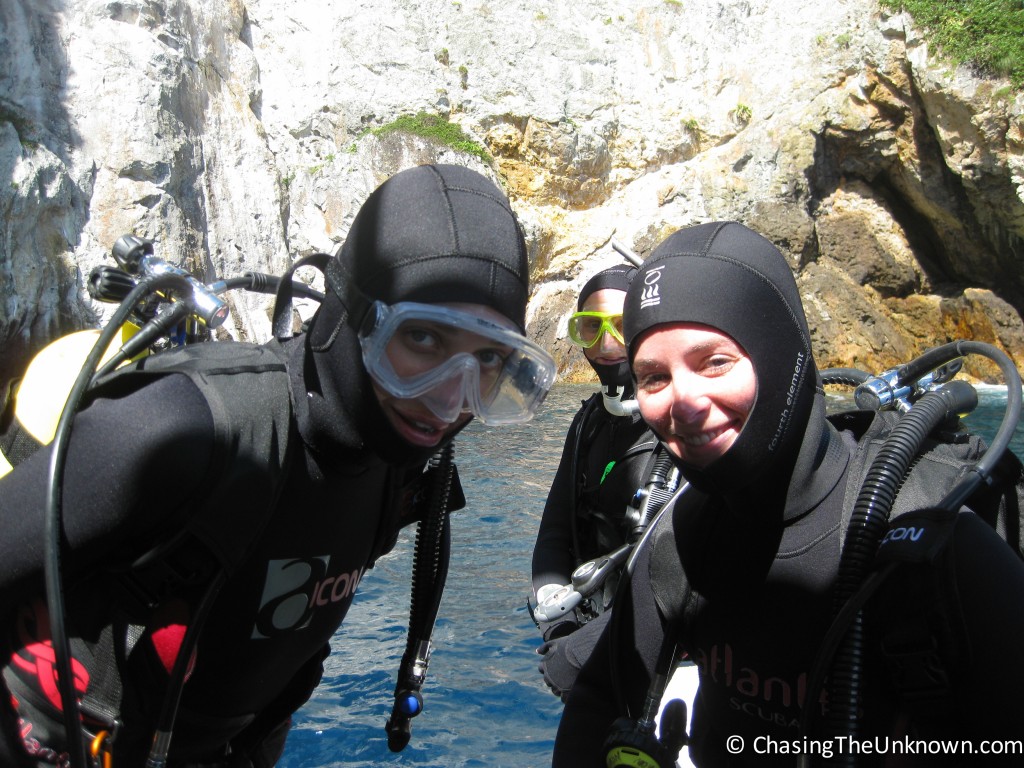 The Poor Knights Islands are what remain of an ancient string of volcanoes near the edge of a continental shelf. During the Ice Age, caves, tunnels, and archways were carved out in what is now well underwater. Landing on the islands is prohibited and the surrounding waters are part of a protected marine reserve so the area is teeming with life. Without runoff from rivers or debris from human inhabitants, the water is a lovely clear blue. Located about 25km off the coast of New Zealand, these remote islands are New Zealand’s most popular place to dive. After our day on the water, I can understand why so many people return here time after time. Dive shops for the Poor Knights are based in Tutuka, about 30 minutes north of Whangarei, about an hour and a half south of the Bay of Islands. 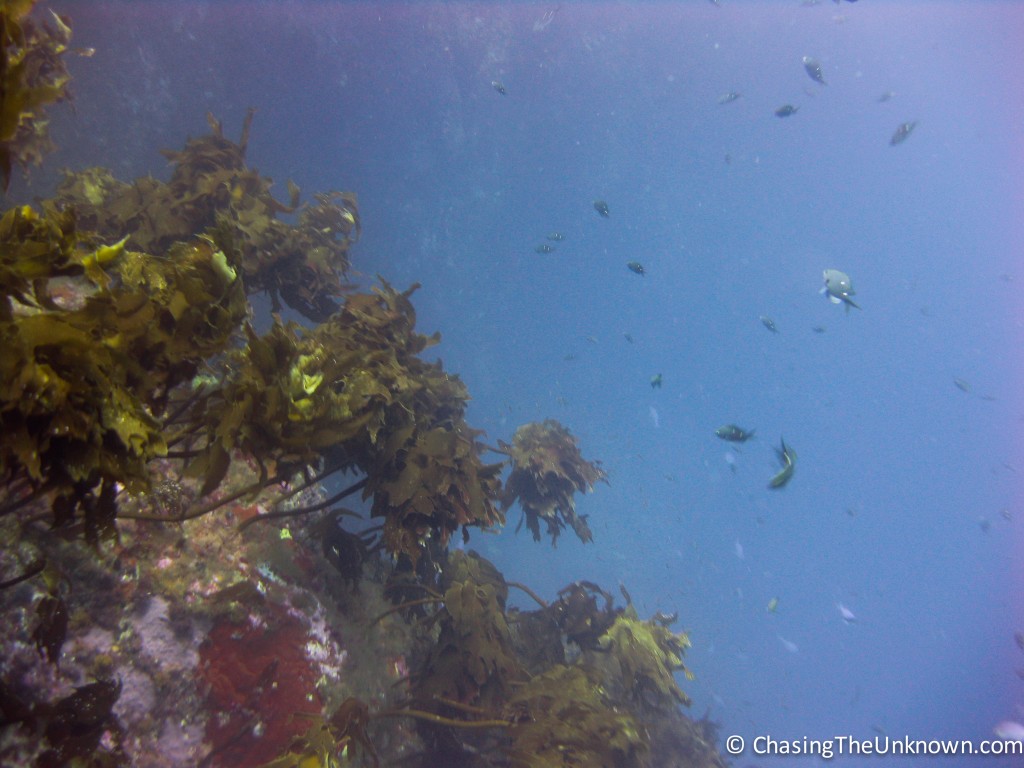 Just as in Milford Sound, the surface interval included a tour of the area, this time with a stop in Riko Riko cave. Ours was the only boat in the cave that day but concerts have been held here with performers and audience spread among a small flotilla. The acoustics are fantastic and Jen was a natural at blowing the shofar-like horn our skipper passed around. 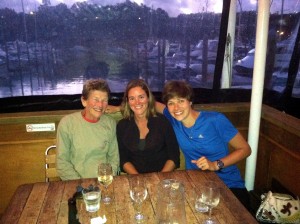 Our first dive was at Northern Arch, Mary’s favorite site. Mary, if she hasn’t already, should write a memoir. This awe-inspiring septuagenarian continues to travel far and wide, has logged over 12,000 dives in the Poor Knights alone, has multiple dive sites named after her, was once a racecar driver, seems to know the entire population of Tutuka, and is quite happy to have a few drinks after a day of diving. She’s been to the Antarctic Islands twice and the Galapagos three times and fully intends to return to both. This probably goes without saying but I hope by the time I reach 72, my life has been at least half as interesting as hers. 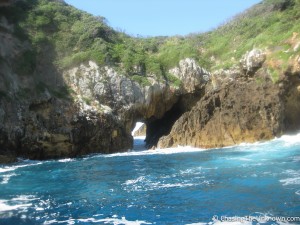 Our second dive was at Crystal Cave where I remembered that I’m not a big fan of caves and cave-like areas underwater. But the view out into the blue when we turned around was lovely. 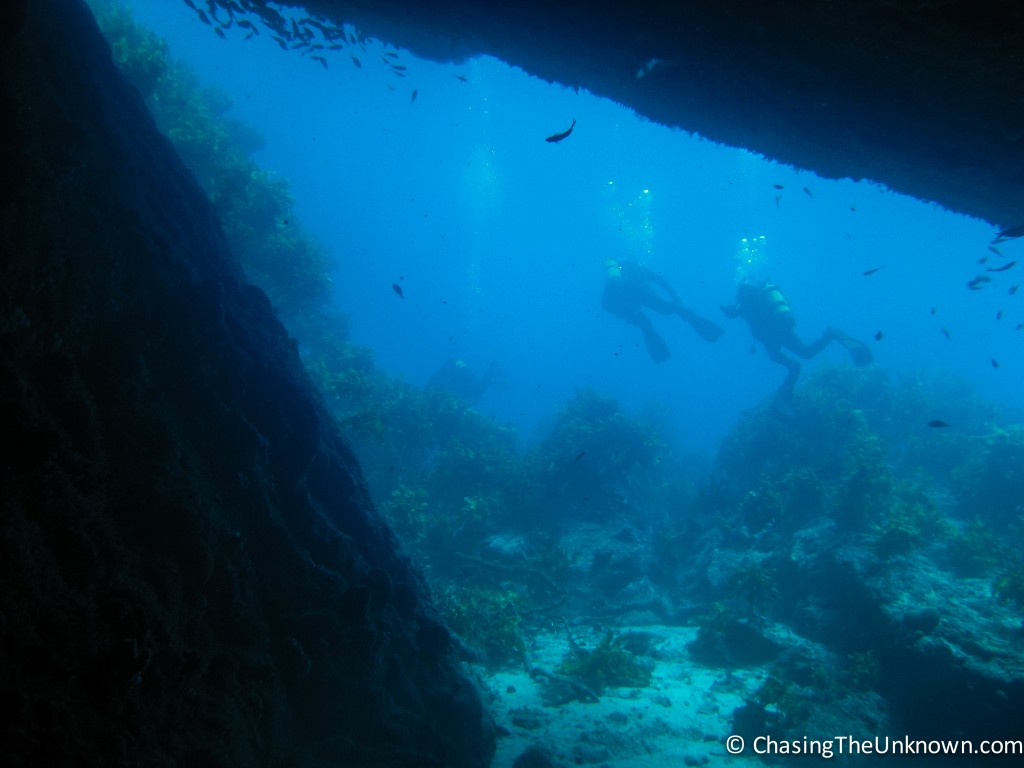 The big dive shop for the Poor Knights is Dive! Tutuka but we went with Yukon Dive, a smaller outfit staffed by very friendly people. If you’re ever near the Poor Knights, I’d recommend Yukon – maybe you’ll get to meet Mary.