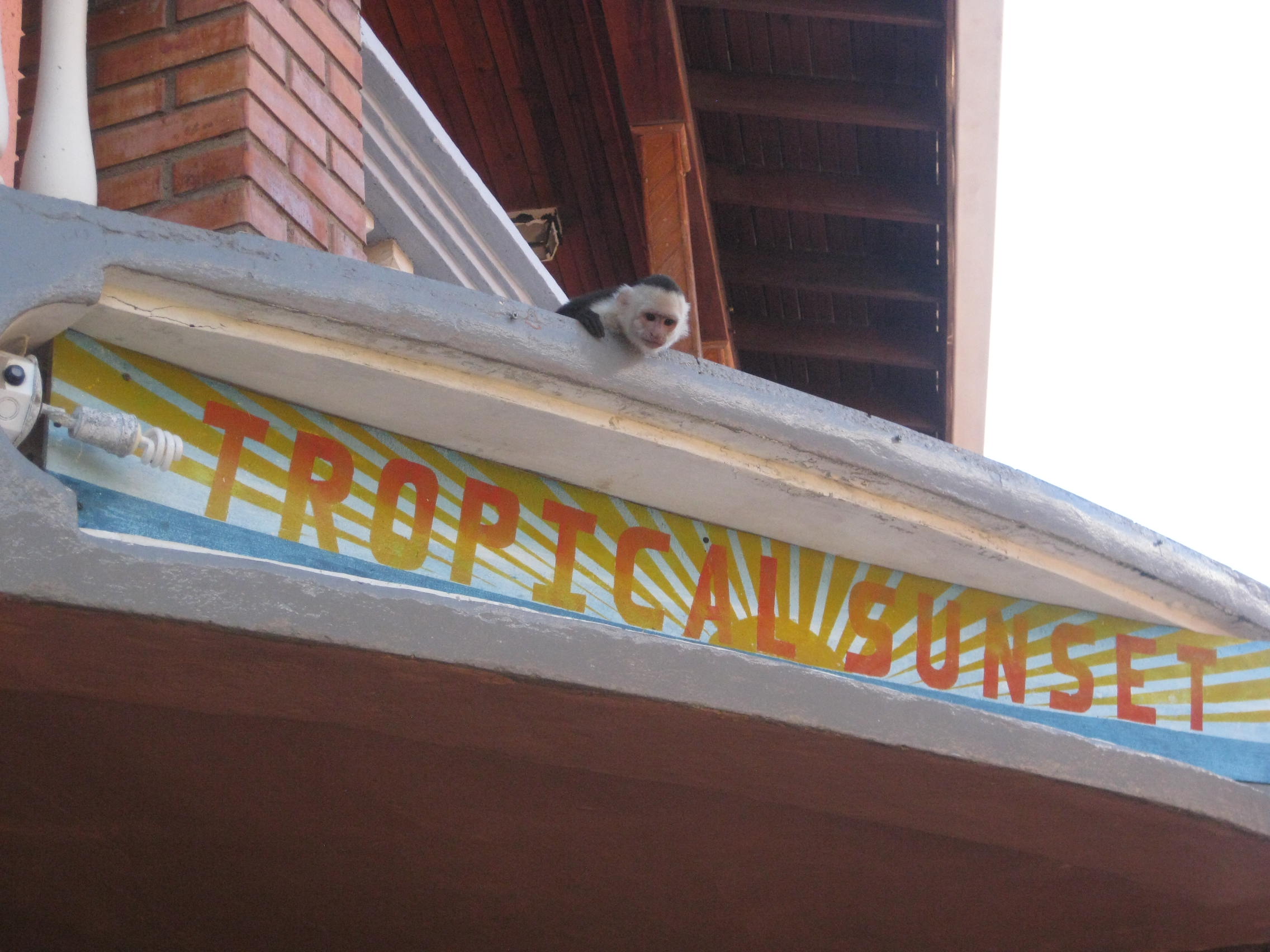 In our two months on Utila, we lived in four different places and if you’ve been following us on Facebook or Twitter or read Jen’s post about life on Utila, you’ve seen pictures of our favorite neighbor, Marcella. We have countless photos and videos of the adorable pet brought to Utila by the landlords of Tropical Sunset, the apartment building we lived in the longest, and thought we’d share a few minutes of good footage with you.

About those four places… We started out at the Mango Inn. Affiliated with UDC, our stay was prearranged with a discounted rate on our rather expensive air conditioned room. But the cost was worth it for the A/C and the pool as our bodies adjusted to the tropical heat and humidity. Regardless, we wanted a kitchen and a space of our own so we set out to find ourselves a home. I think we saw 80% of the rental properties on Utila that were available at the time, omitting only those that were way out of our price range or didn’t have enough space for two people. Finding a place that met our criteria seemed impossible: we didn’t want to spend too much money but also wanted to be in a good area for walking to the dive shop, restaurants, and everything else; we wanted air conditioning and a decent size kitchen; plus Jen had this crazy idea that we should have a place without bugs. Worn down by the hunt, we let money dictate our choice and we rented this place. 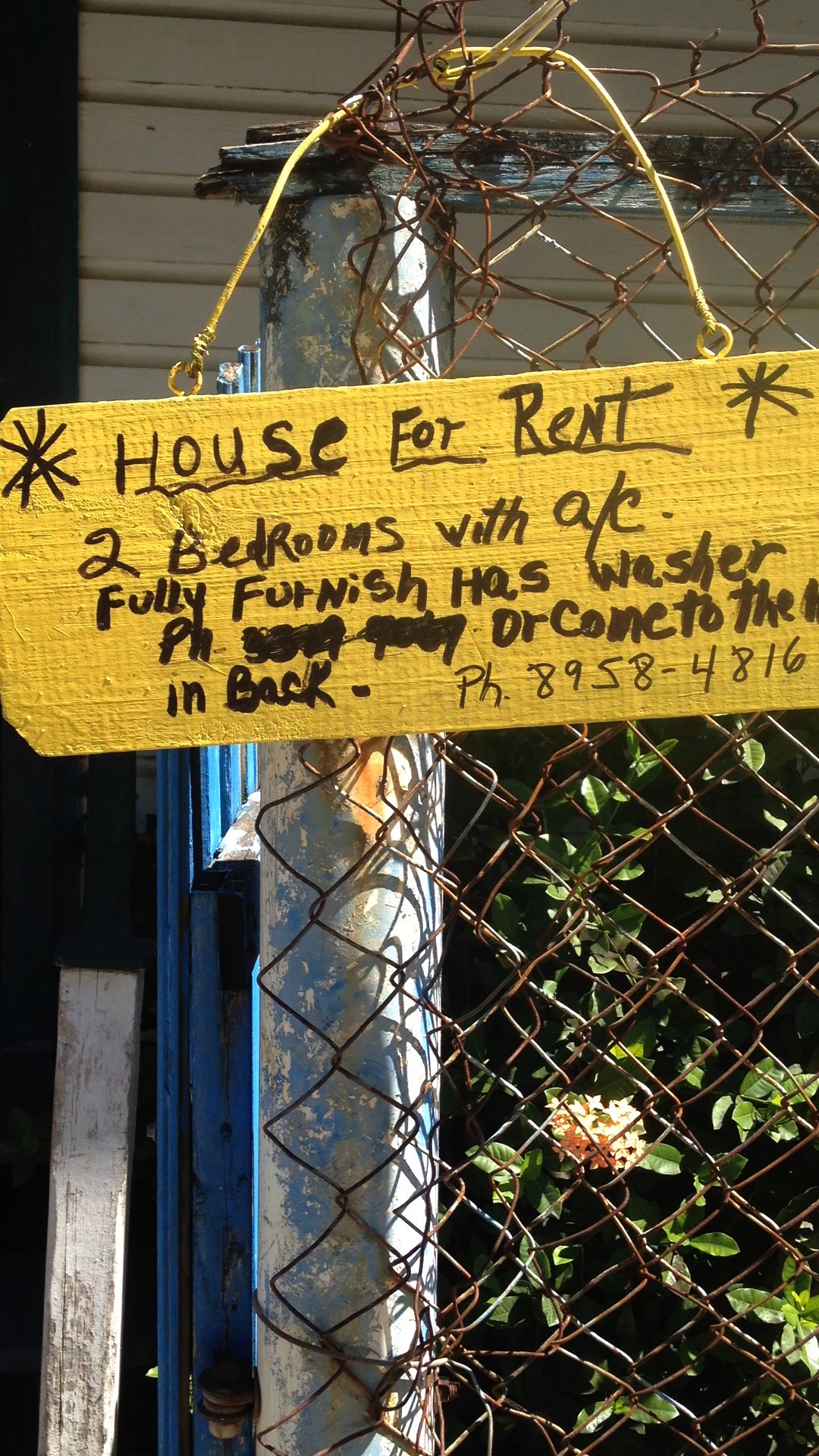 The owner was wonderful, we had a washing machine, and there was air conditioning in the bedrooms. But it was also really loud all day long, even in the back bedroom. And there were bugs, more than we wanted to deal with. Although not a reason for our departure, the shower drain was a simple hole that made this really loud farting noise as water drained. The adolescent in both of us cracked up nearly every time.

So after a week, we moved to Tropical Sunset (link provided for photos and location only, the rest of the information is outdated; there is no restaurant and the costs and unit descriptions are far from accurate).

Many UDC folks live there so we always had friends around, we knew it was safe, and we landed in the apartment nearest Phil’s. Utila Phil has his hands in many pots so he has an arsenal of entertaining tales to tell – and I suspect he doesn’t let the truth get in the way of a good story – and he seems to know just about everyone on the island. He’s also incredibly generous and a genuinely good guy. We’re forever indebted to Phil for the use of his good wifi and the help he provided time and again.

But of course, there was also the monkey. Marcella’s owner swears that Marcella is female but to us, it looks male. Out of respect to Marcella’s owner who actually takes the monkey to the vet on a regular basis, we’ll refer to her as female. She seems to like women more than men, will try to take any beverage she sees, runs off with laundry left out to dry, and enjoys licking recently washed hair and armpits after deodorant has been applied. Her tail is incredibly strong, her squeaking voice is adorable, and she gets really angry when not allowed inside an apartment. She is, quite simply, a cheeky monkey. 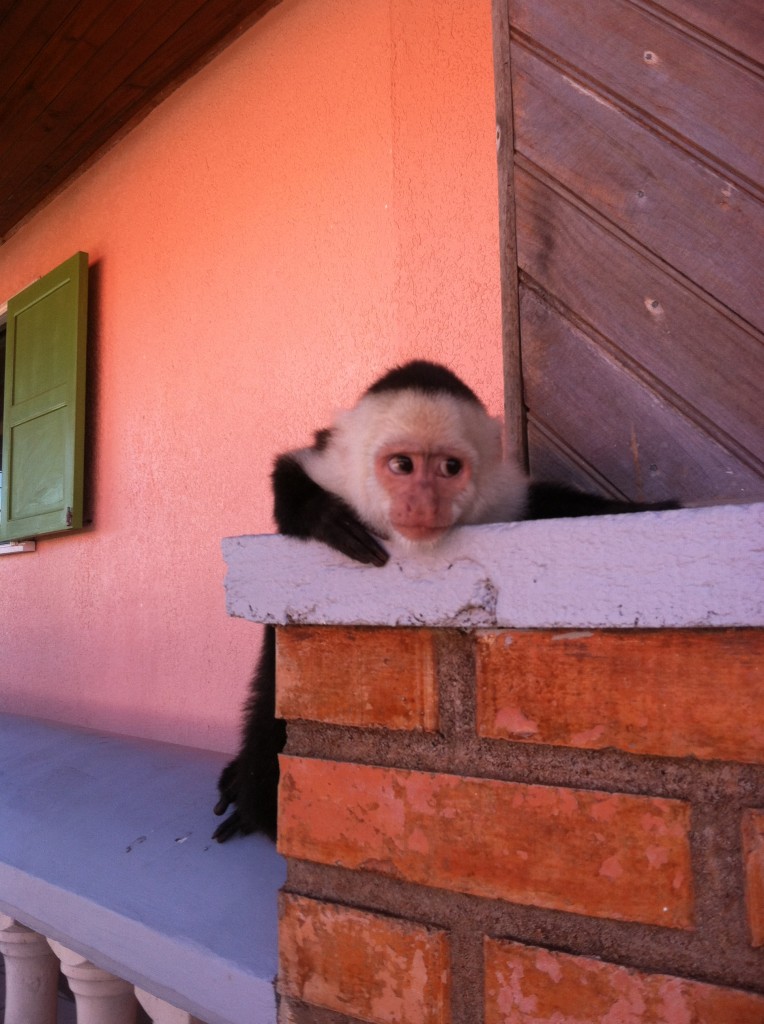 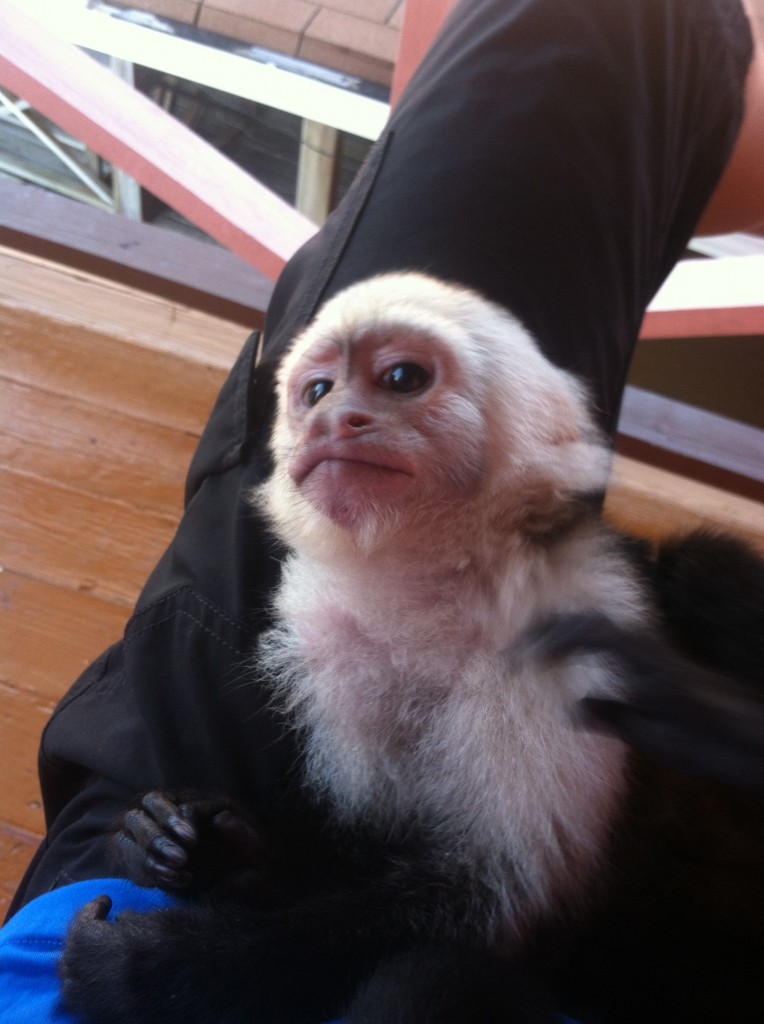 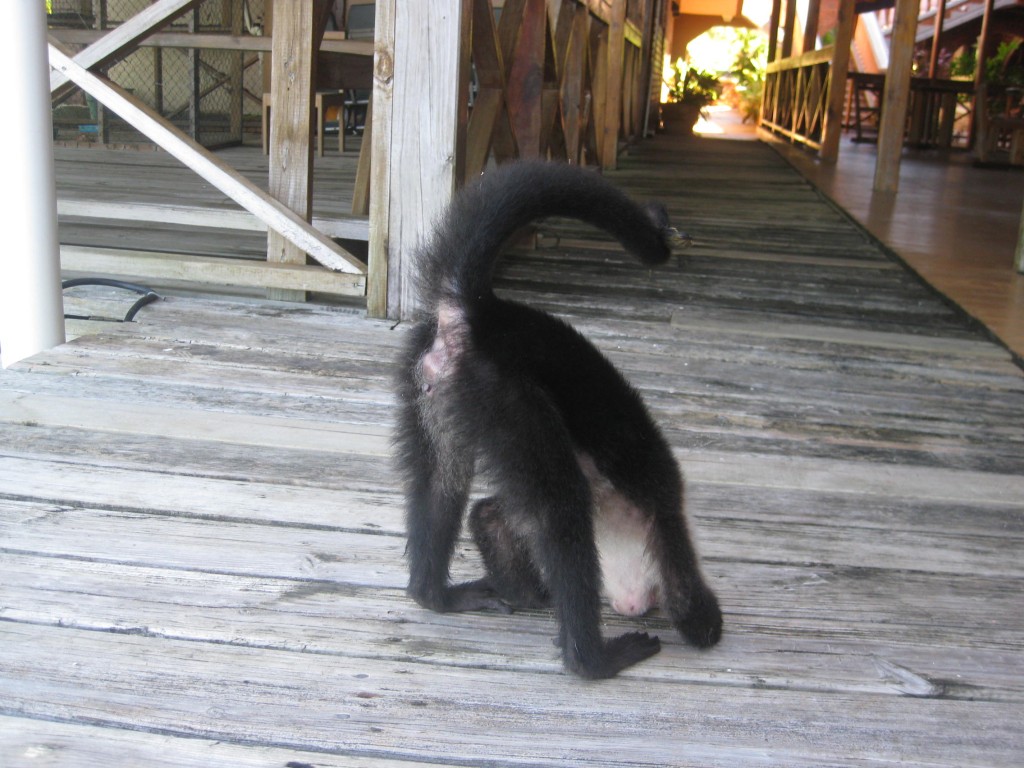 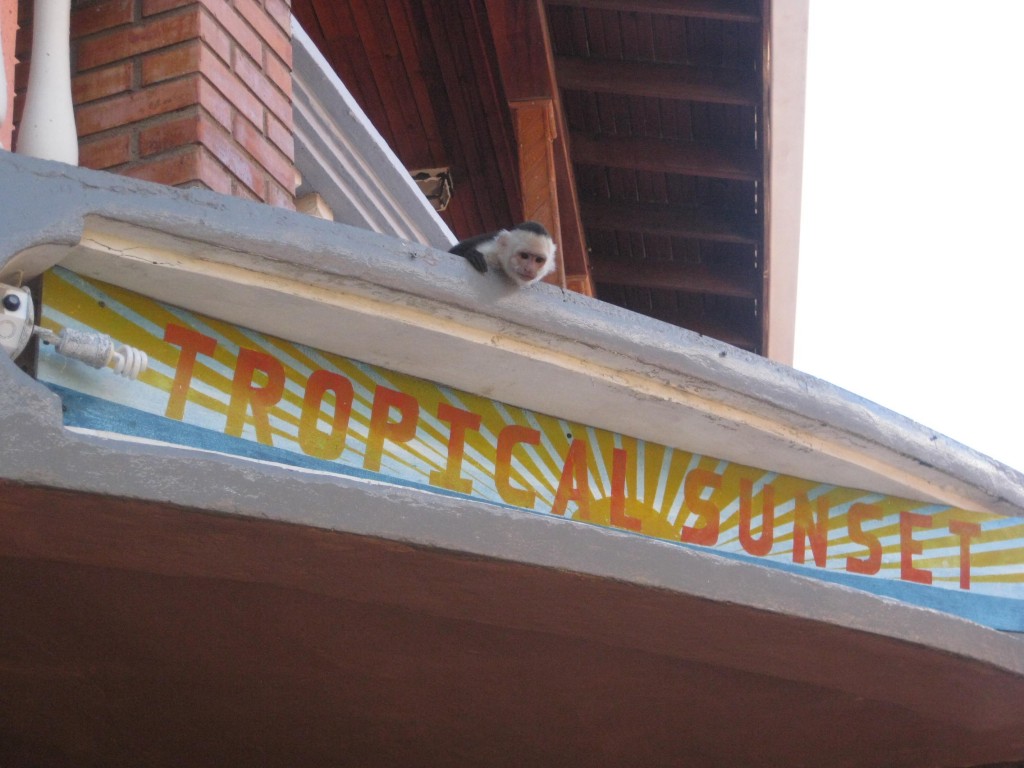 We left Tropical Sunset when we decamped to Roatan for a week and on our return, we occupied the bedroom vacated by my divemaster buddy. Our friend, Emma, was a fantastic roommate and sadly, we don’t have photos of that apartment nor can I find any online. We do, however, have a picture of one of the geckos who shared our room! There were two geckos that liked to chase after one another, fight, and/or have sex in our bedroom – we’re not entirely sure which but they provided endless entertainment. 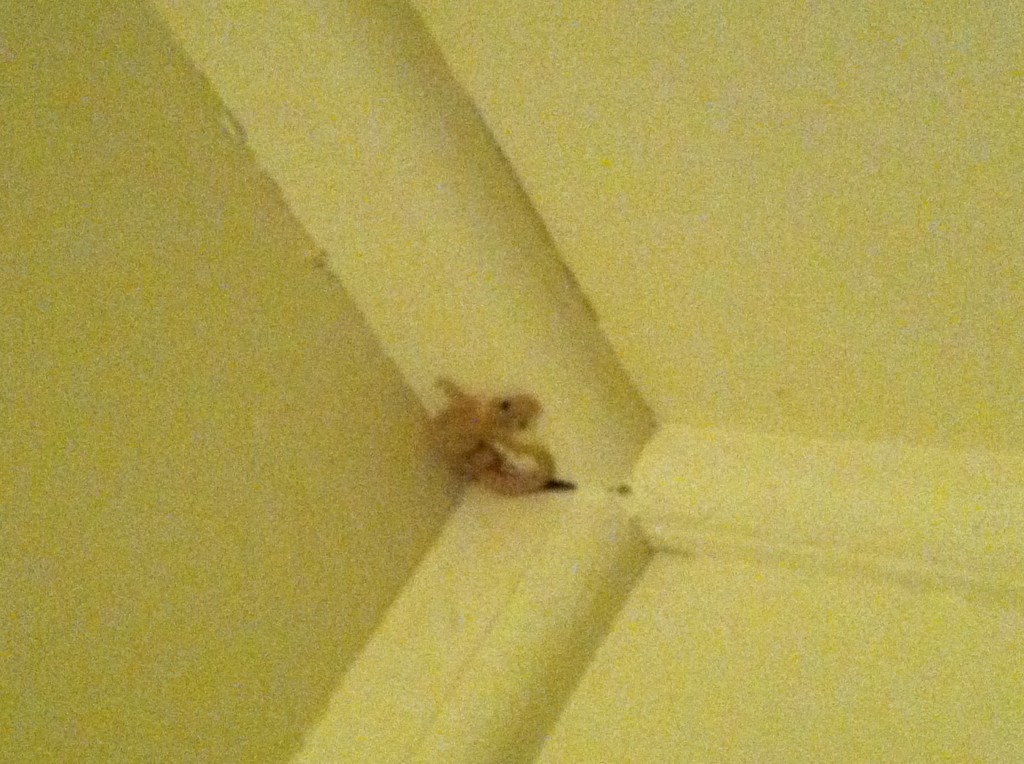 Other than getting to live with Emma, the best thing about that apartment was its proximity to UDC as it was directly across the street. Hard to beat that when staying out late and getting up early to dive. Plus the price was right and for that, we are forever indebted to Emma.

Housing on Utila can be cheap, sometimes as low as $300 a month for a two-bedroom place. It can, of course, be far more expensive if you want hot showers, air conditioning, a security guard at night, and any number of other amenities. We found the best value at Tropical Sunset although really, who can put a price on the experience of living with a monkey? 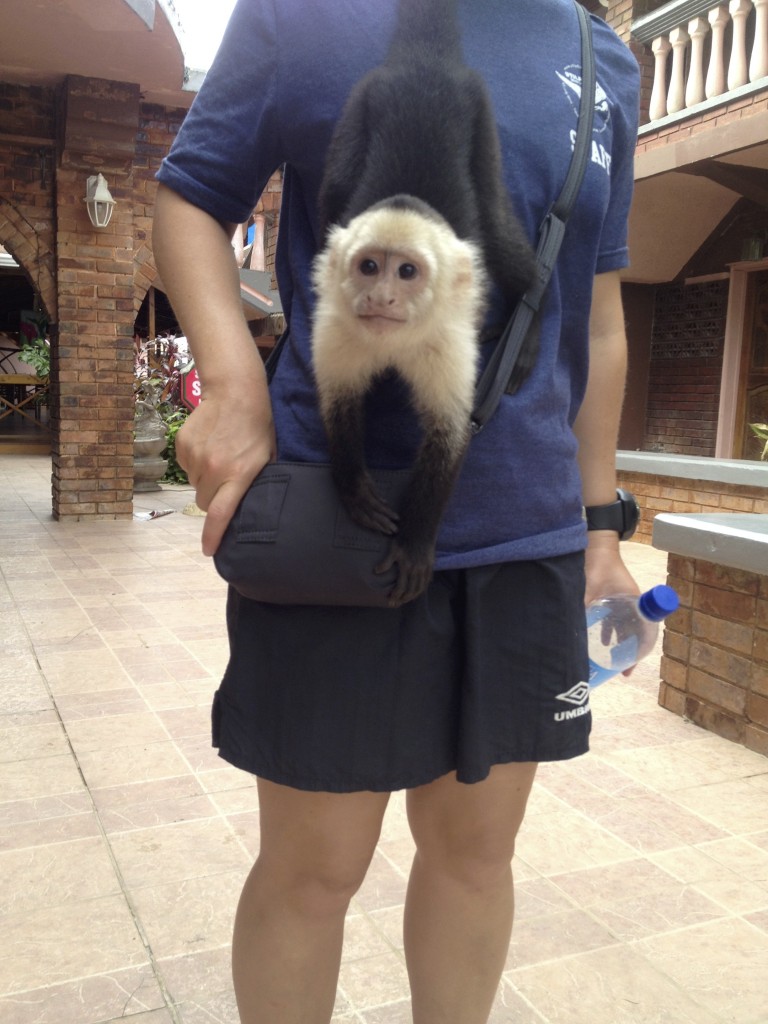 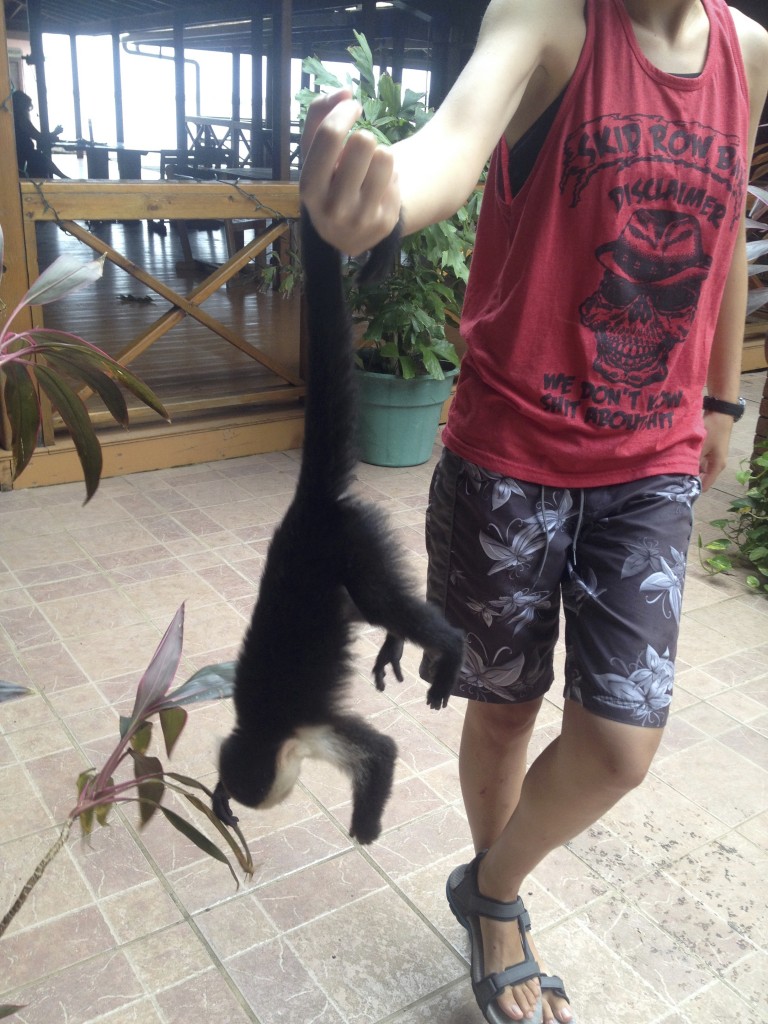 3 thoughts on “Housing on Utila”