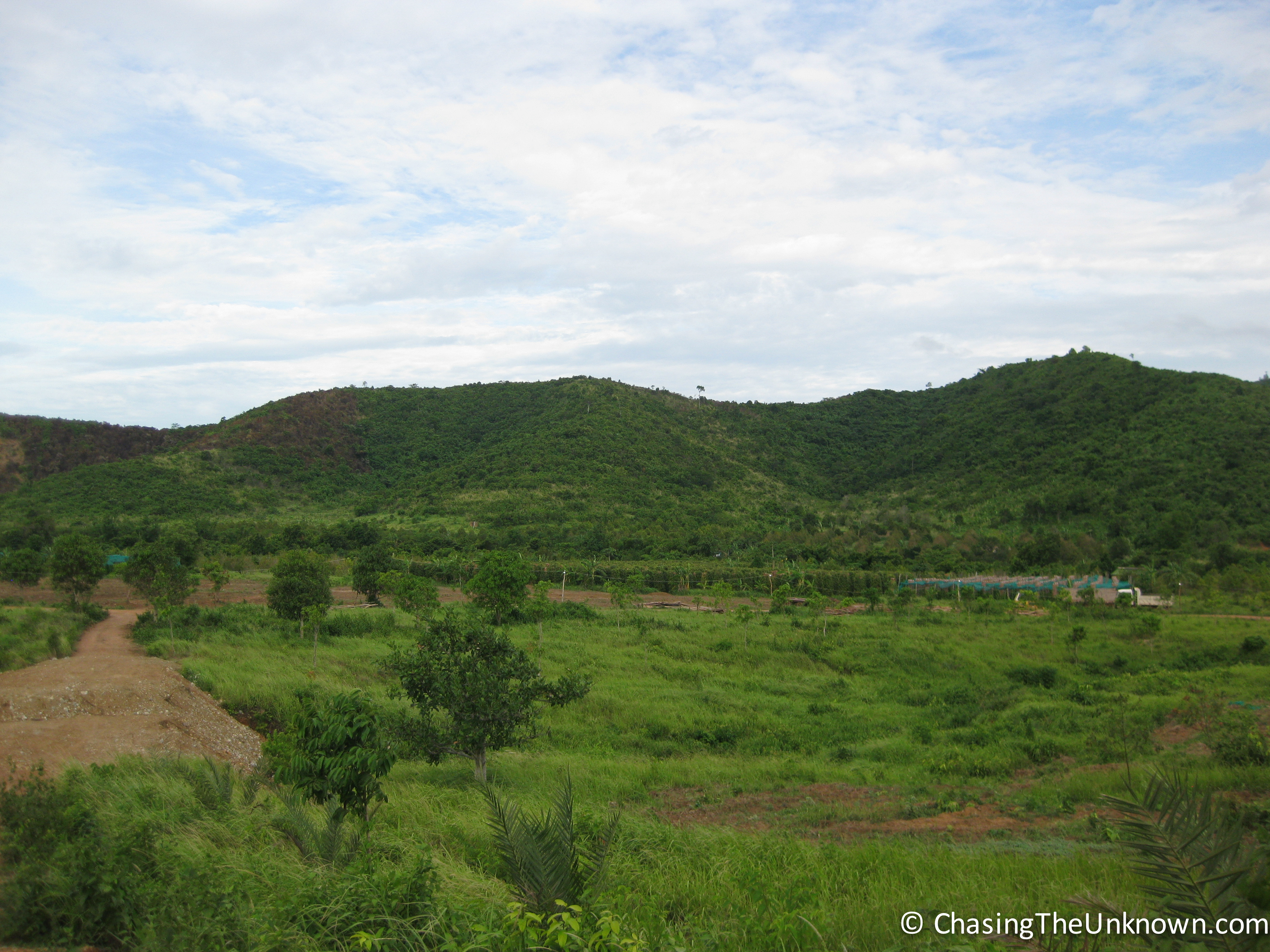 Kampot seems to be the darling of western travelers, loved by the couple behind Never Ending Voyage, the ladies of Globetrotter Girls, countless other bloggers, and travelers we’ve met in various places. We liked Kampot but neither of us counts it as our favorite spot in Cambodia. There’s a great deal to do in the area but it’s also an easy place to relax and do nothing for a few days.

Lazy days on the river are nice but the real fun requires hiring motorbikes, bicycles, or a tuk-tuk driver. Kampot is home to world-famous green peppercorns so a pepper plantation topped our list of sightseeing. We teamed up with two new friends one afternoon to share a tuk-tuk while two others followed on their motorbike. We lucked into a great driver who took us right into the pepper plantation for a hands-on tour. 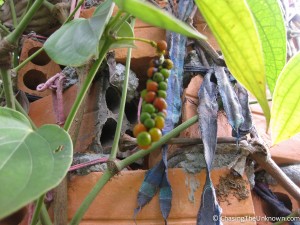 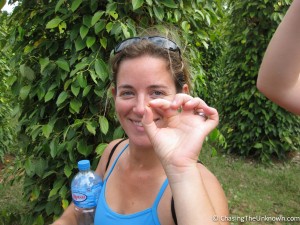 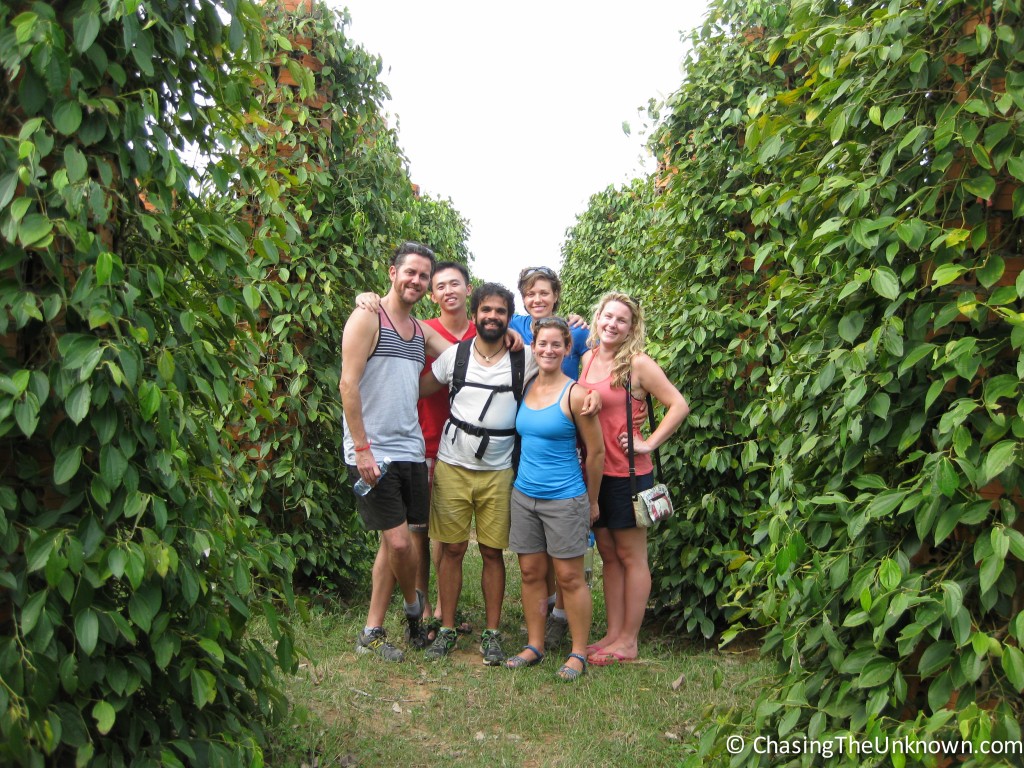 He also played a game or two of pool with us while we enjoyed pepper-infused cocktails. 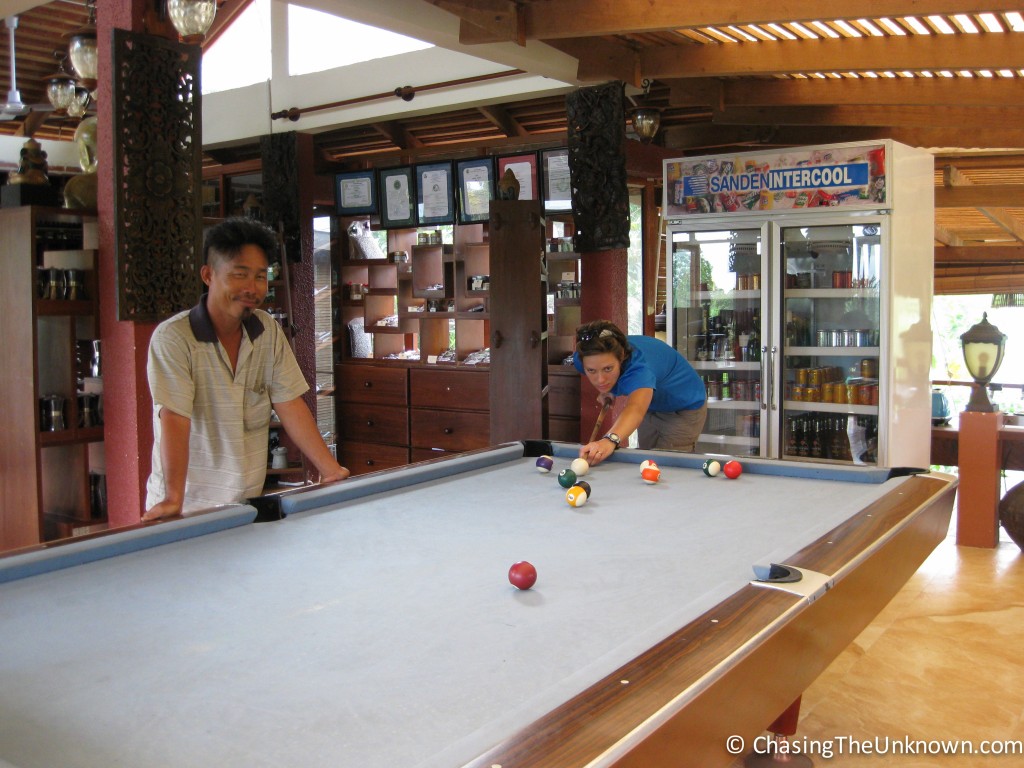 One member of our group suggested we try palm “wine” and our driver knew just the place: a small bungalow above a stream where we ordered by the bucket.

The “wine” is nothing more than fermented syrup from the sugar palm and the taste is inexplicable. A little soapy, a hint of sweetness, and perhaps something woody on the tongue with an aftertaste of petroleum. Our driver drank along with us, egging us on to throw back glass after glass. Somehow, we made it safely back to town.

A short motorbike ride away is Kep, home to a decent beach with water so warm it’s like bathing in a sun-warmed toilet. We got a late start one day with two of our friends (yes, the nightlife in Kampot is good) but there isn’t all that much to do in Kep so an afternoon is enough. 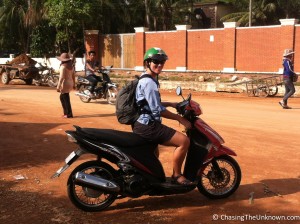 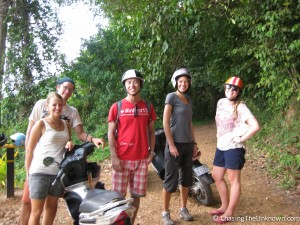 Kampot pepper crab is the local specialty and as Jen’s allergic, she opted for Kampot pepper squid. Our British friend ordered the crab and even though neither of us eats crustaceans, we can’t deny it looked pretty good. 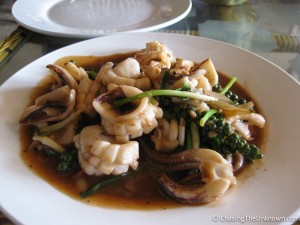 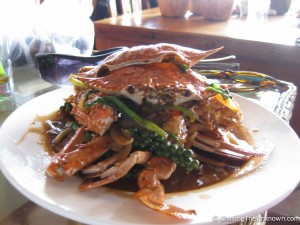 Kampot is also known as Cambodia’s durian capital, as memorialized by the town’s most famous roundabout. Jen hasn’t shut up about durian for as long as I’ve known her so naturally, this was the place to try one. According to her, it has a mushy, custard-y texture, and is slightly sweet. I say it’s slippery, squishy, and bland. Jen recommends not smelling it when tasting while I recommend keeping your distance. 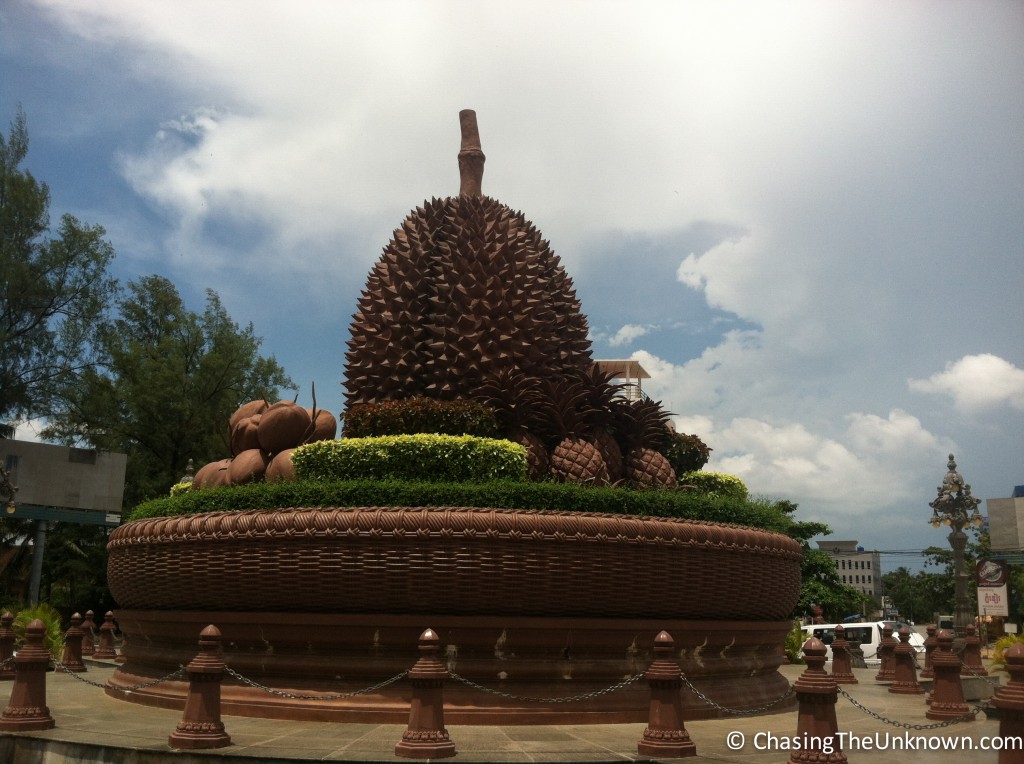 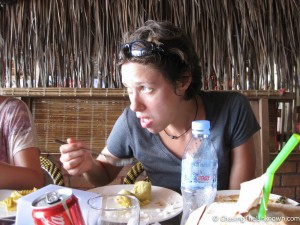 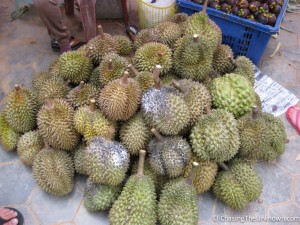 There’s also a national park in Kep with lovely views and, for a few days in August, a waterfall. We were there in a month other than August so were sorely disappointed at the lack of a place to cool off. 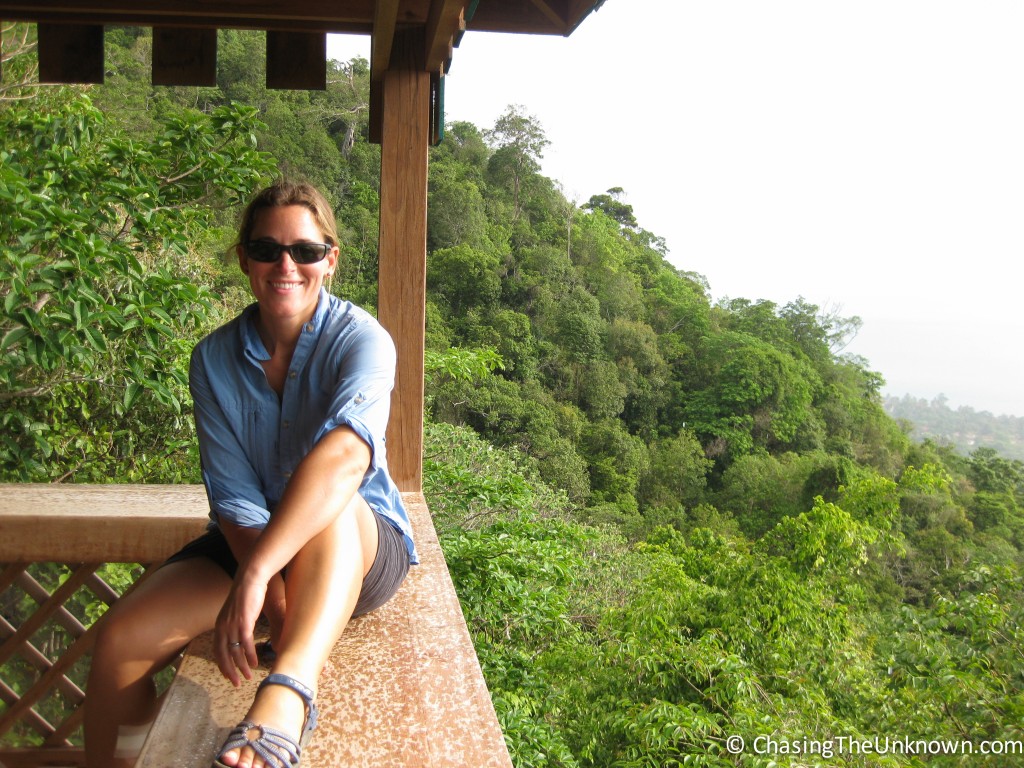 There’s a great deal more to do in Kampot including firefly watching (paying $4-7 for a boat ride and trudging through a swamp to enjoy the little glowing bugs); swimming with bioluminescence in the river while fireflies hover (paying more than $7); checking out ancient temples in caves; and heading up Bokor Mountain to see the ghost town of a former French resort and current attempt to resurrect it. We only managed the first one in this list as we were having too much fun making new friends, eating well, and enjoying the general laziness of Kampot to cram in anything else. A nice place but check back soon for a post on our favorite town in Cambodia.