Jen and I have reunited in Thailand and after a stint in Chiang Mai where Jen became certified in the first level of Nuad Bo-Rarn Thai Massage, we headed south to the ancient city of Lopburi.

Temple ruins are officially the tourist draw for Lopburi but in reality, I think most people come for the monkeys. They’re everywhere: scurrying across power lines, shimmying down lamp posts, overseeing the sales counters in local businesses, strutting along sidewalks, clambering over ancient ruins, and generally asserting ownership of the old town. According to legend, the macaques have been resident here since the city was first built in the 6th century and although the residents clearly don’t love them, there’s no denying they bring in tourists. The Buddhist population isn’t going to harm living creatures so the monkeys are tolerated and food is sold to visitors naive enough to want the monkeys within biting distance. 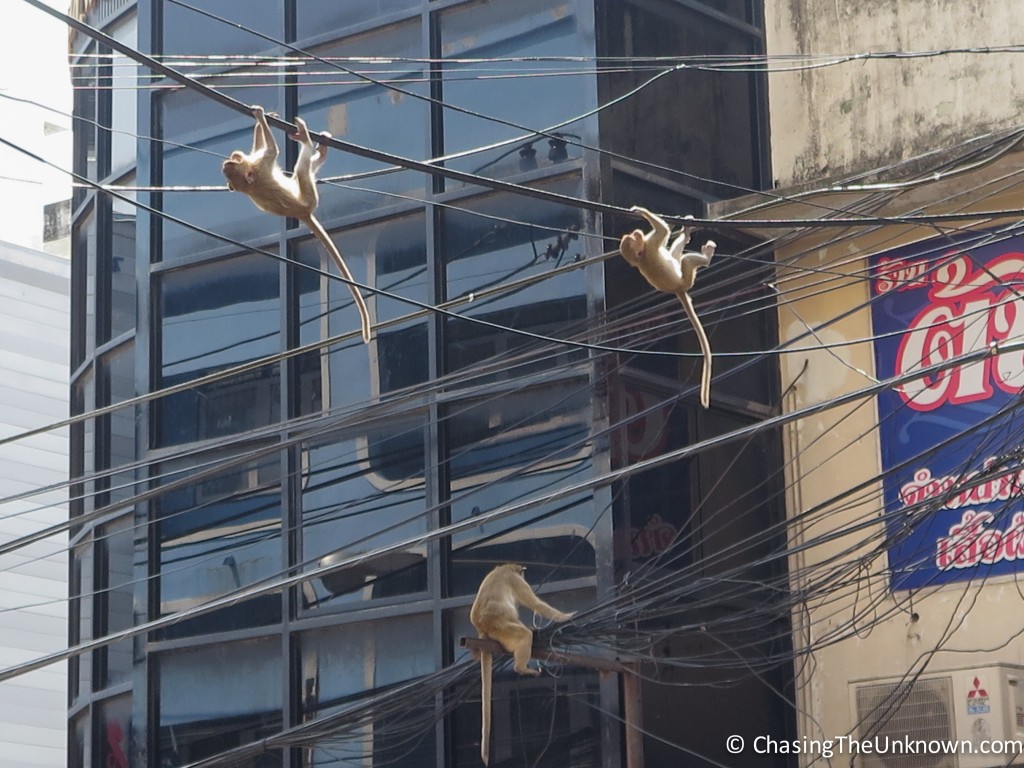 We were in town on a Monday so some of the ruins were closed but we still a good time following monkeys down the street and exploring some of the old temples. The Khmer influence was blatant with architecture similar to that of Angkor Wat as well as Hindu designs and symbols. There were no monkeys at Wat Phra Sri Rattana Mahathat and also no other tourists which gave us a chance to have our usual temple fun.

The monkeys, however, have their fun at Phra Prang Sam Yod. The macaques play on the ruins, taunt tourists, steal anything that resembles food or is otherwise a good-looking plaything, and generally go about their lives. I saw at least three separate pairs of monkeys having sex.

A stop in Lopburi came at the recommendation of people I met in Laos and broke up our journey south to Bangkok. Unless you’re interested in the nearby rock climbing or a visit to a cave to visit bats at twilight, one day is probably enough for this sleepy town. 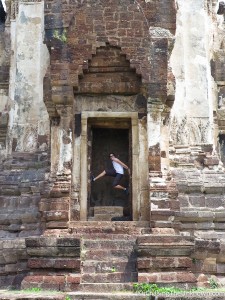 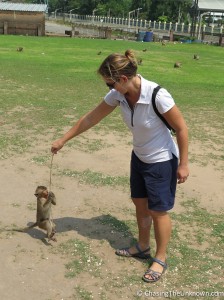 If you’re curious, we still have posts coming from our time traveling independently and as we don’t expect to have much to report on for the next week or so, we’ll try to roll those out before our lives get (hopefully) more blog-worthy on some of Thailand’s islands. In the meantime, we still love comments on the blog – without them, we have no idea if anyone is actually reading this!