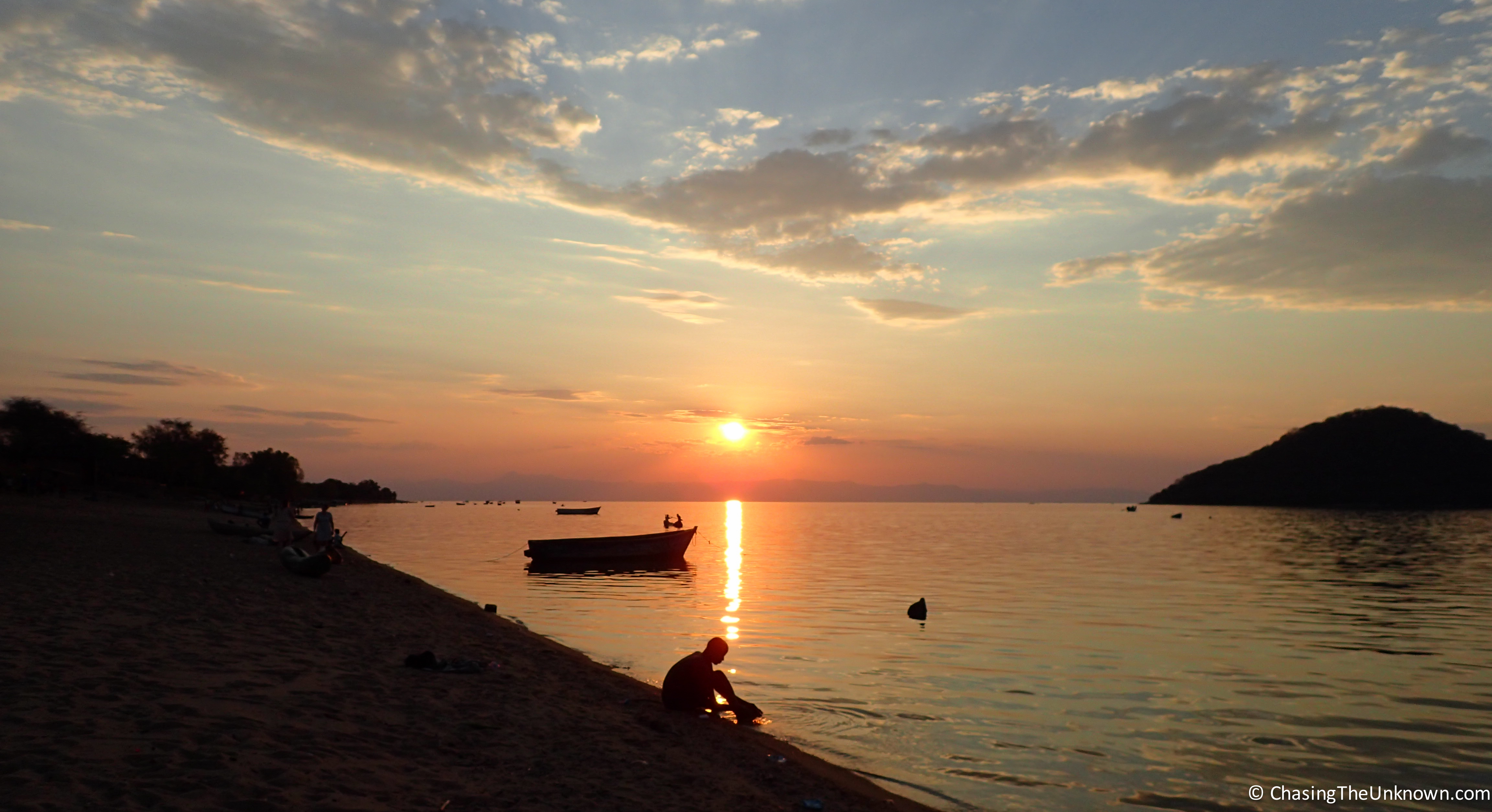 Malawi wasn’t my intended next destination after Mozambique so it wasn’t until I decided to head there one Monday morning that I started researching where to go and what to do. It took me two days of travel to reach the border and in between I stopped at a hostel with a shelf full of guide books but no working internet so I happily did my homework the old school way. Ideally, I’d have headed south to start, hiked up Mount Mulanje, taken a few days in Liwonde National Park to see elephants and hippos, then headed to Lake Malawi with its clear water and simple beaches. Alas, getting to the south from where I was would have meant days squished inside overcrowded minibuses and in the back of pick-up trucks. I didn’t have the energy for it. I hadn’t yet met people who told me how great the hike is or showed me photos of Liwonde. I was coming down with a cold, exhausted from too many 4am buses (standard start time in Mozambique), and ready for a rest. Which meant Monkey Bay on the southern shore of Lake Malawi would be my first stop.

This quiet town was exactly what I needed for two days of rest. I can’t say I did much while there but then again, there isn’t much to do. I slept, I walked, I talked to local residents of all ages, I fought off that cold, and I quickly discovered how friendly Malawians are.

From there I took a short ride up to Cape Maclear where lodges and resorts line the beach, there is no ATM, and fishing boats light up the lake every night. Here I dove, made new friends, gorged on mangoes practically falling off the trees, walked through villages, discovered that Malawi Gin is damn good, and thoroughly enjoyed myself. There are numerous day trip options offered by tour guides who pounce on new arrivals in the most respectful and friendly way I’ve encountered anywhere. Snorkeling trips seem to be the most popular and having dove near the most frequented snorkeling site, I can understand why (stay tuned for my next post on diving in Malawi). Sunsets, like the one pictured at the top, were consistently lovely.

After a few days in Cape Maclear I went north along the lake. I broke up the journey with two nights in Nkhotakota, once home to a massive slave market where captives were sent across the lake to Tanzania then overland to the coast. Today, there isn’t much to see and most tourists only pass through en route elsewhere. By staying a second night I had time to meander through the markets and swim in the lake with local children fascinated by my white skin and laughing as they took turns trying to touch me. The water here isn’t as clear as it is further north and south so there’s no point in snorkeling or diving and you’d need your own gear to do so, anyway.

From Nkhotakota, Nkhata Bay beckoned. I could probably do an entire post on Nkhata Bay but in the interest of getting this blog caught up to real-time, I’m including it here. With diving, snorkeling, cliff jumping, hiking, friendly villagers, great places to stay, good food, excellently run businesses, and the good fortune of meeting multiple solo travelers, Nkhata Bay sucked me in for a full week. I didn’t go cliff jumping but I did follow a guy named Blessings on a hike through villages up to a farm atop a mountain. I dove; snorkeled; ate and drank so much I regained all weight previously lost in Africa; I explored the town and stopped for happy hour at a bar with prime people-watching picnic tables; I had long talks with new friends; filled countless pages in my journal pondering life, love, travel, work, why it is that Malawi is so peaceful, and anything else that flitted across my mind as I sat on a balcony overlooking the lake. I left relaxed, energized, with some new ideas for ways to sustain myself financially on the road, and grateful to the many wonderful people I met.

Mushroom Farm and Livingstonia were both recommended to me as highlights of Malawi but I had a flight to catch out of Lilongwe, far south of those northern destinations. No longer feeling that I should try to hit every “traveler/backpacker hotspot,” I opted to skip it. To break up my journey south from Nkhata Bay, I overnighted in Mzuzu, a town about which I can’t say much having spent so little time there. Similarly, Lilongwe was just an overnight stop for me before flying out to South Africa. 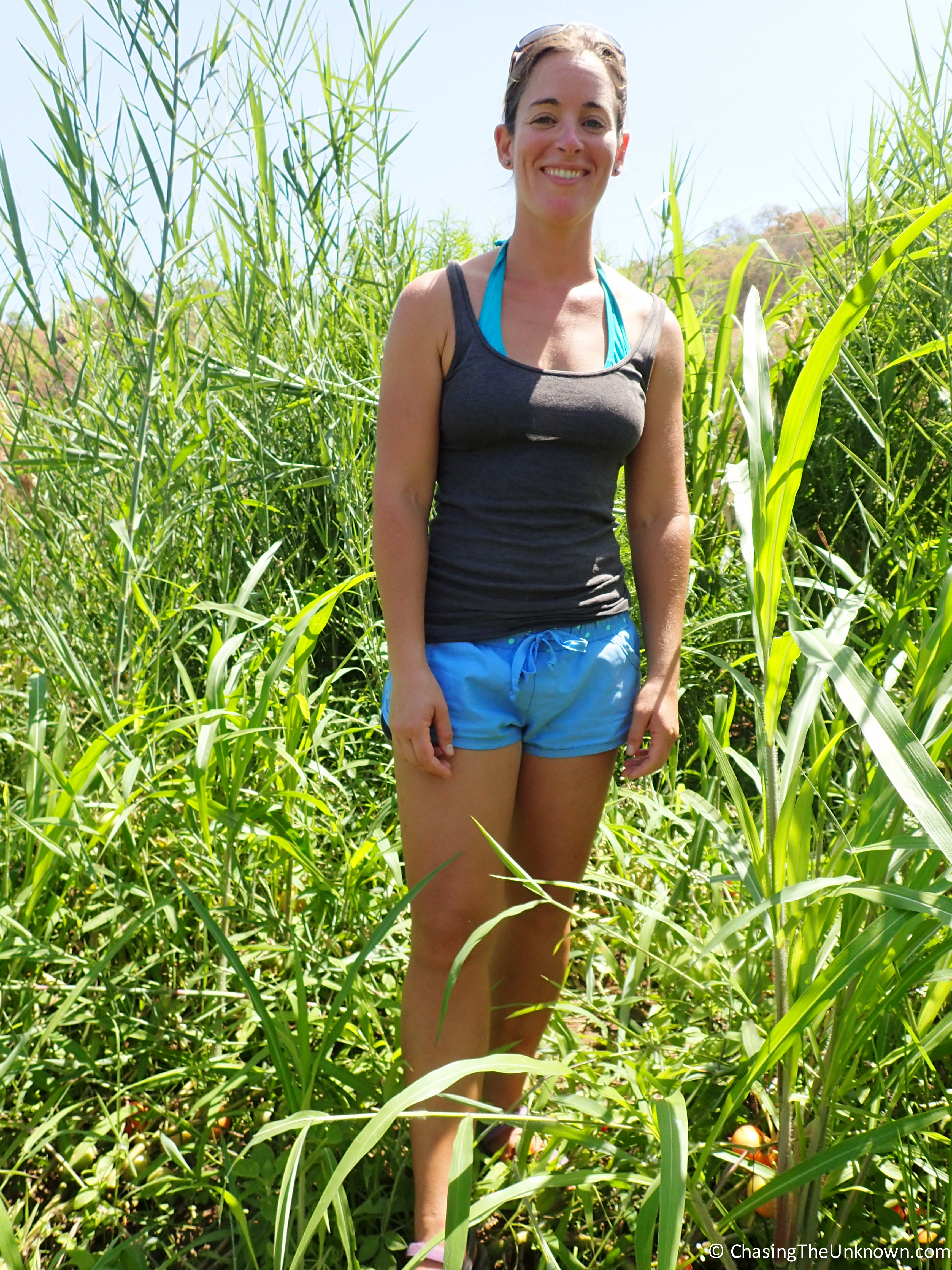 Everywhere I went I felt safe and people were friendly. As countless Malawians told me, it’s a peaceful place, a country that gained independence without a war. Based on GDP per capita, Malawi is considered the poorest nation in Africa. Villagers drink well water and electricity is scarce outside the cities and tourist destinations. Even in those locations power outages are common and when the electricity goes out, the running water stops as well. Along the lake this isn’t too bad as a swim substitutes for a shower and bottled water is available for those who failed to fill bottles from the tap when they could. For an excellent picture of rural life in Malawi, I recommend William Kamkwamba and Bryan Meeler’s The Boy Who Harnessed the Wind, the true story of a boy who taught himself to build a windmill and brought power to his village.

Traveling in Malawi is fairly easy. The roads are generally in very good shape and big buses run the major north-south routes. Unlike Mozambique, transport leaves throughout the day and the earliest morning vehicles don’t leave before 6am. Large vans – referred to as minibuses – are routinely overcrowded to an obscene degree. In one 14-seat van I rode in, I counted 26 people plus any number of lap-children whom I couldn’t see from my vantage point. On many routes, they’re the only option and people bring all sorts of things along so a sense of humor is crucial to surviving the journey. On that 26-person ride there was also a very large bag of small sardine-like fish, a few dead fish hung on a hook behind the driver’s seat, a basket of fresh greens – some of which were purchased by passengers – and at least two massive sacks of bananas. The guy next to me sensibly refused to accept the bag of fish on his lap which meant it wound up near my feet. I’ve never been more relieved to have my bags in the very back of a minibus than I was that afternoon. Lodges, guesthouses, hostels, and hotels are easy to find. English is widely spoken in this former British colony and although negotiation is always a good idea, most quoted prices are reasonable. Mzungu (white person) prices exist but sometimes the difference is less than $0.10 which I don’t find worthy of a fight. An eight cent mango tastes as good as a five cent one. Malawi wasn’t on my “must-visit” list for Africa but I’m so incredibly glad I went and if I hadn’t been eager to keep moving, I could easily have spent a few months there.

2 thoughts on “Meandering Through Malawi”