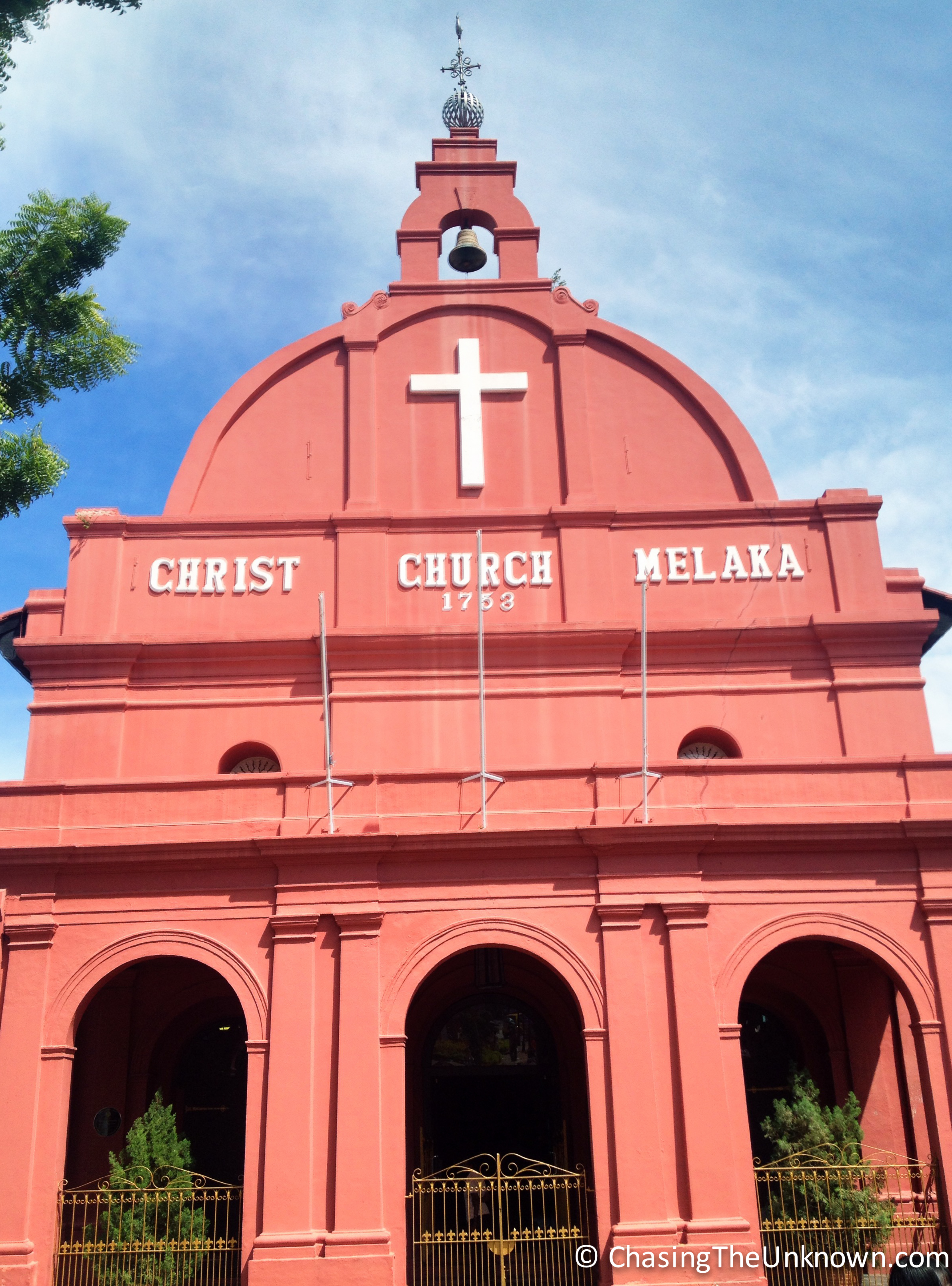 Every taxi driver in Malaysia to whom I posed the question, “where’s your favorite place in Malaysia?” answered without hesitation, “Melaka.” After the first two I asked gave this answer and so did two people working in or running guesthouses, I knew I had to get there. Not surprisingly, I wish I had taken the suggestion sooner and spent more time there. In no particular order, here are just 10 things to love about Melaka. 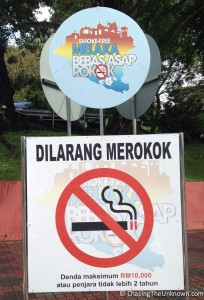 1.     The UNESCO-listed world heritage zone is smoke-free. People smoking outside don’t generally bother me but this area gets crowded, especially during the weekend night market and it’s nice to not worry about someone blowing smoke in your face. And when it isn’t crowded, it’s refreshing to not see a single discarded cigarette butt in this beautiful place. I never heard anyone complain about the restriction, nor did I see anyone defy it. On the contrary, I watched countless people finish cigarettes before entering the restricted zone and dispose of their butts in a can or bottle then put the whole thing in a trash can.

2.     Although the city itself is quite large, areas of interest to a tourist are all reachable on foot or by bicycle. And bicycles are cheap – mine cost less than $2 for 3 days of use. As more than one person has put it, Melaka is a big city with a small town feel.

3.     It’s packed with interesting buildings and historical remnants. Since 1377, this area has been ruled by or at least somewhat under the thumb of: a Singaporean sultan (historically Singapore and Malaysia were one); the Chinese; the Portuguese; the Dutch; the British; the Japanese; and the Malay. The Portuguese and Dutch built forts and government offices, some of which remain today. The bulk of the architecture looks Chinese to me and much of it is quite beautiful. 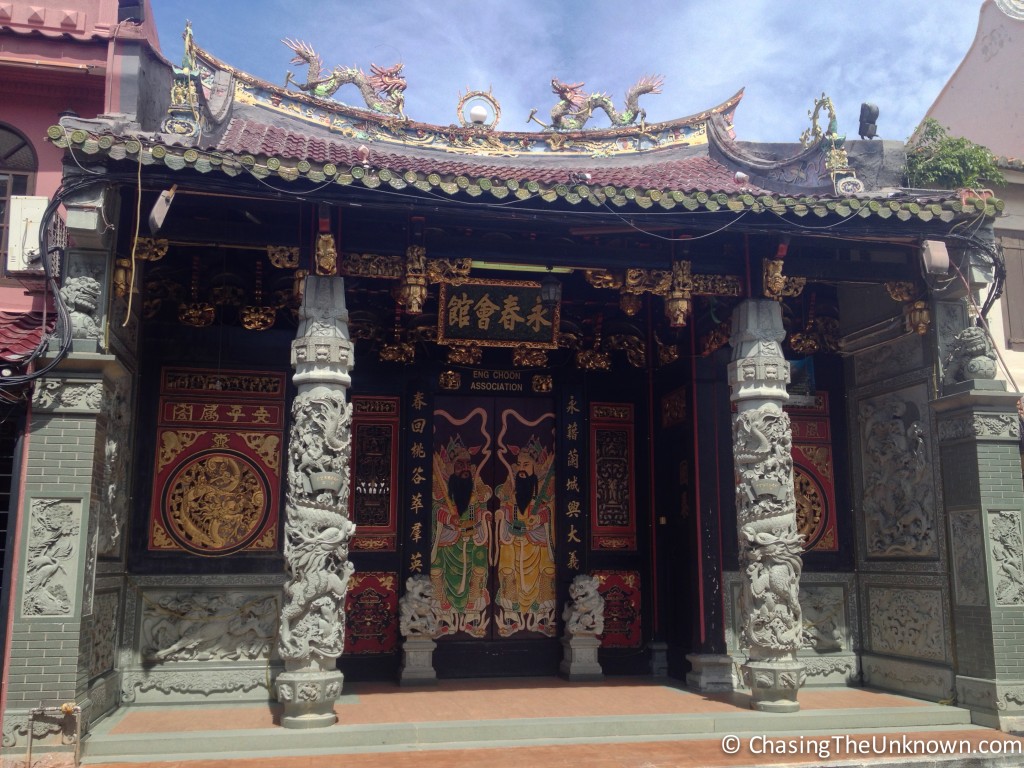 4.     It’s hard to love a place without amazing people and Melaka delivers a cast of friendly easygoing residents, colorful expats, Singaporeans up for a weekend, and a rotating crew of backpackers and travelers. The last two groups are, of course, always changing but when I visited, I walked right into a crew of people from all over the world, open to new friends and experiences, all welcoming me warmly into the fold. The locals, on the whole, were some of the friendliest I’ve encountered in Malaysia. Restaurant staff and food stall vendors were patient and helpful talking about their food, admitting when a vegetarian adjustment wasn’t possible and steering me to a solution; no one aggressively tried to sell me crap I didn’t need but sales staff were polite and friendly in the shops I visited (no one here followed me around watching my every move!); those I asked for directions were similarly friendly and helpful; even the driver of a city bus was pleasant and patient with me in spite of the huge crowd of people pushing to get around me.

To top it off, I met some of the most interesting expats I’ve encountered anywhere. It felt as though each day I met another person who first came to Melaka more than three years ago while traveling and now considers it a primary base. These are people leading truly unconventional lives, pursuing what makes them happy and shedding the rest. They have enough work to pay the bills and live simply and enough time to focus on projects that interest them. They get back to their countries of origin when they want to and travel elsewhere as they wish but they routinely return to Melaka for lengthy stretches of time. I don’t want a life exactly like anyone I’ve met but it’s inspiring to see people living the life of their choosing. And in Melaka, if you’re open to conversation with the guy also escaping the heat in a museum or coffee shop or the woman eating breakfast at the table next to yours, you may just find yourself talking with someone living a fascinating existence.

5.    Cheap beer and booze are easy to find. Malaysia is predominantly Muslim so alcohol is heavily taxed. On tax-free Langkawi and Tioman islands it’s apparently dirt cheap but in the rest of the country, it’s prohibitively expensive. Rumor has it that most of the alcohol for sale in Melaka comes down on a boat from Langkawi which is why it’s so much cheaper than it should be. I don’t know if that’s true but I do know Melaka is the only place in Malaysia where I had more than one drink in a night.

6.     Colorful trishaws provide a way to see the historical buildings without exerting any effort. Some of the trishaws blast music, usually American pop but sometimes Malaysian, and at night they all have plenty of lights. Most are decorated with Hello Kitty or other cutesy themes but my personal favorite was the Bat Man trishaw. 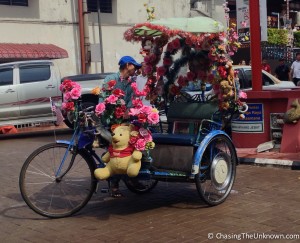 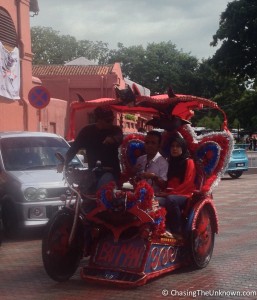 7.    With a river running through it, Melaka has some lovely waterfront restaurants and cafes. Some are touristy and overpriced but others draw a more local crowd with a relaxed vibe and reasonable prices. With a little breeze coming from the river and maybe a working fan, it’s easy to lose a few hours lingering over tea or coffee. 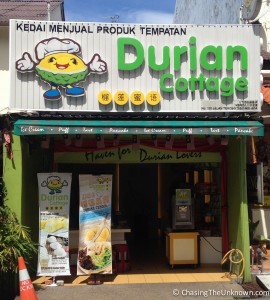 8.     Like people, it’s hard to love someplace if the food is awful. As a vegetarian, I can’t speak to all of the local specialties but I did find some tasty meals in Melaka. The area is famous for something called “chicken rice ball” and one restaurant I walked by a few times each day had a horde of people waiting to get in at all times. It’s also known for pineapple tarts; Portuguese egg tarts like the ones in Macau; and cendol, a shaved ice dessert with coconut milk, cane syrup, and some gummy things made from rice flour. Red beans, grass jelly, and other add-ins are sometimes thrown in to it. Versions of cendol are available throughout SE Asia and because of the texture, I’m not a fan but Jen couldn’t get enough in Cambodia, Vietnam, and Thailand. Melaka is also full of durian and claims that Malaysian durian is the best are just as frequent as claims in Thailand and Cambodia that their durians are the king of all fruit. As far as I’m concerned, none of it is fit for human consumption.

9.     With buses leaving from Kuala Lumpur about every 30 minutes and from Singapore every hour, Melaka is easy to get to. The ride from KL is typically 2-3 hours while Singapore is 3-4 depending on traffic.

10.     Jonker Walk Night Market operates Friday-Sunday evenings and at its peak, is jam-packed with pedestrians. If you can tolerate the crowds and sniff out the food hawkers, it’s a nice way to pass a little time. It’s not my favorite night market by a long shot (that award goes to Luang Prabang) but it’s certainly a colorful one. A night market held across the river at the same time is much quieter, primarily visited by locals. I liked visiting both but admit that the Jonker market felt unique to Melaka while the other could be found almost anywhere in SE Asia.

Like Hoi An in Vietnam, Siem Reap in Cambodia, and Chiang Mai in Thailand, Melaka is one of those places where people tend to spend more time than they intended. Had I gone earlier in my three weeks in Malaysia, I would have been one such person. Alas, by the time I got there, my time in Malaysia was nearing its end and I had only three nights to enjoy it. Someday I’ll manage a return to Malaysia when it isn’t monsoon season and if I can, I’ll build in a week in Melaka to kick back along the river or on the beach, bicycle around, chat up the locals and expats, and generally enjoy this lovely little city.

One thought on “10 Things to Love About Melaka”