Although Jen and I were both certified as Open Water Divers in climates that required multiple wetsuits, all of our diving thereafter was in warm water. We’ve worn 3mm wetsuits on a regular basis but since certification, no hoods, gloves, or socks inside of booties. Earlier this month, that changed. 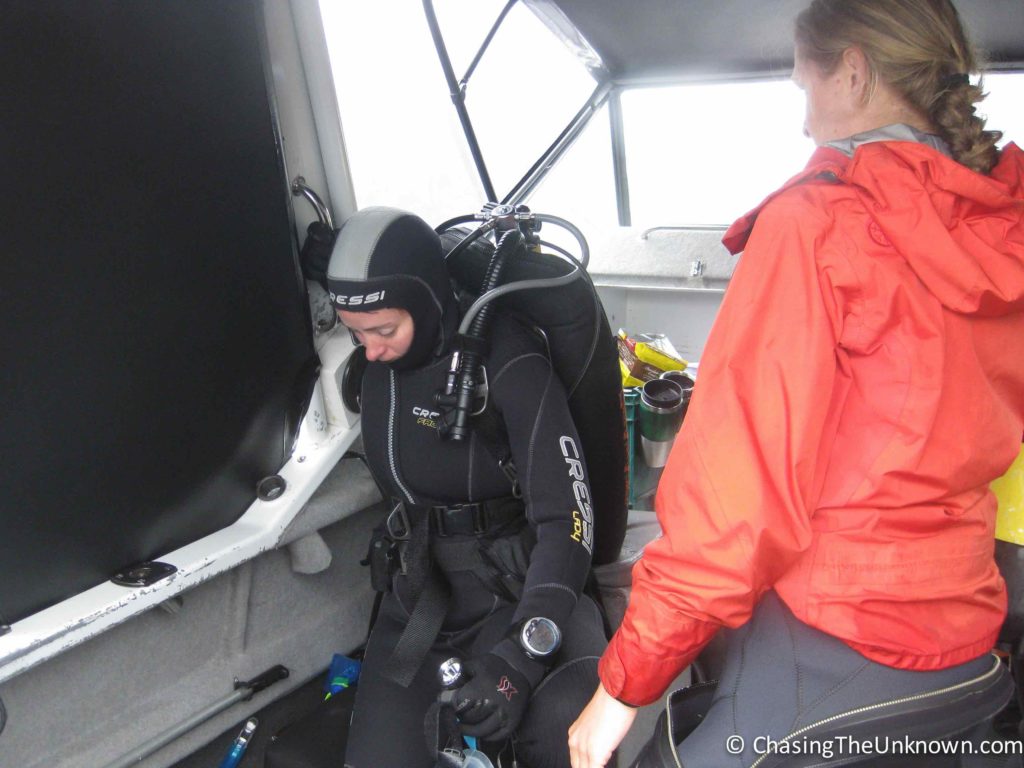 Milford Sound is a well-known tourist destination on the South Island of New Zealand reached by a single road. Stretches of that road are mountainous with tight turns that make for a stressful drive, even when the sun’s shining. And it requires a trip through the Homer Tunnel, a 1.2km pitch-dark tunnel with walls of unlined granite and a gradient of 1:10. Fortunately for us, it’s regulated in the summer so that traffic goes through in one direction at a time. Even so, that tunnel may haunt me for years to come. Many who travel to Milford Sound do one of three things: hike the Milford Track (New Zealand’s only Great Walk that requires booking a year in advance), take a cruise on the Sound, or kayak on the Sound. We chose to do something different.

Only one dive shop operates in Milford Sound and we found Descend Scubadiving a first-rate operation. They had vests, 7mm semi-dry wetsuits, hoods, socks, booties, and gloves for each of us. When Jen got cold on the first dive, they found an extra piece for her to don. 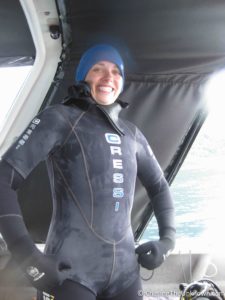 Between dives there were handmade hats to borrow, chocolate, hot soup or hot chocolate, and cookies. On top of the treats, there were fabulous views. 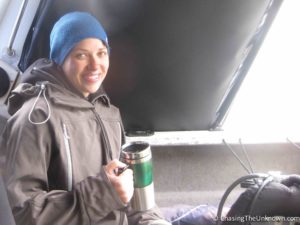 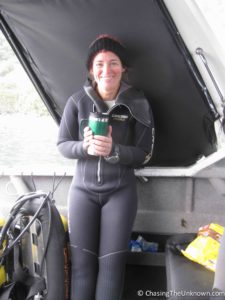 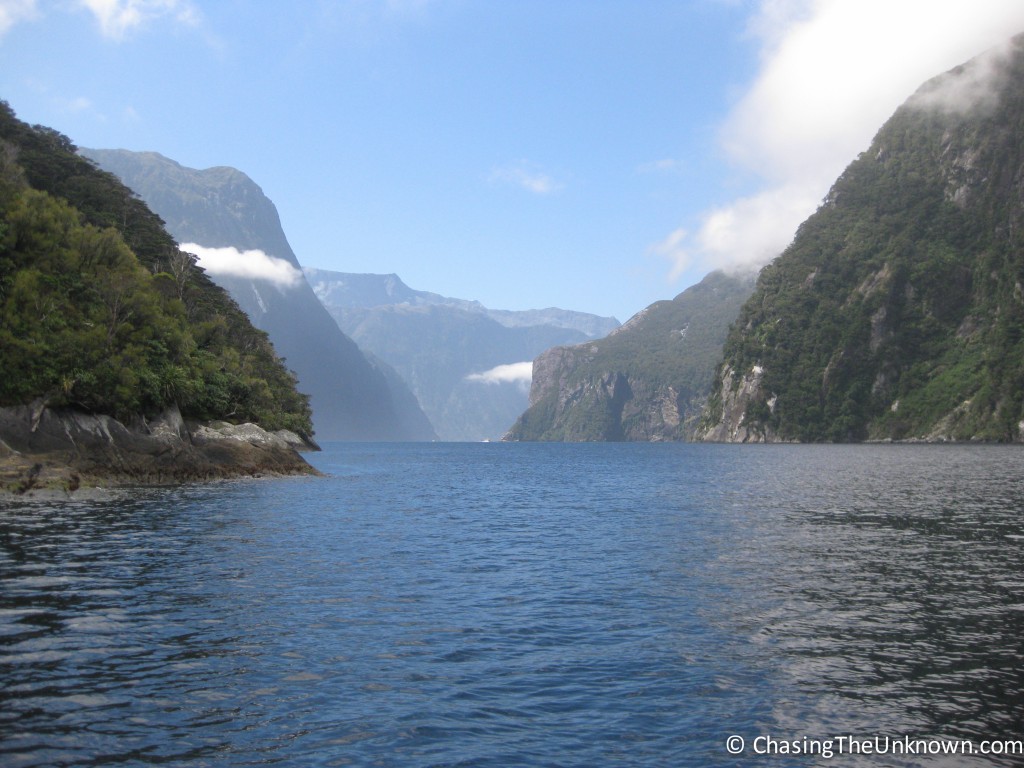 And there was the diving. Four of us plus an instructor and a divemaster made for a nice assortment. As it happened, the two other divers took off with the DM while we moved slowly with the instructor, all of us in sight of each other but the two groups well-spaced. My computer registered 54 degrees Fahrenheit in the water and I was comfortable. Of all the marine life we saw, it was the black coral trees I found the most striking. Black coral typically lives only in water far too deep for recreational divers to see but a freshwater layer stained by tannins from surrounding trees sits atop Milford Sound blocking light so some deep-water species can live in the shallower depths of the Sound. This means that a dive begins with an initial descent through absurdly cold blurry water but is quickly followed by clear saltwater with good visibility. Black coral is named for the color of its skeleton, the healthy living coral that we see is white. 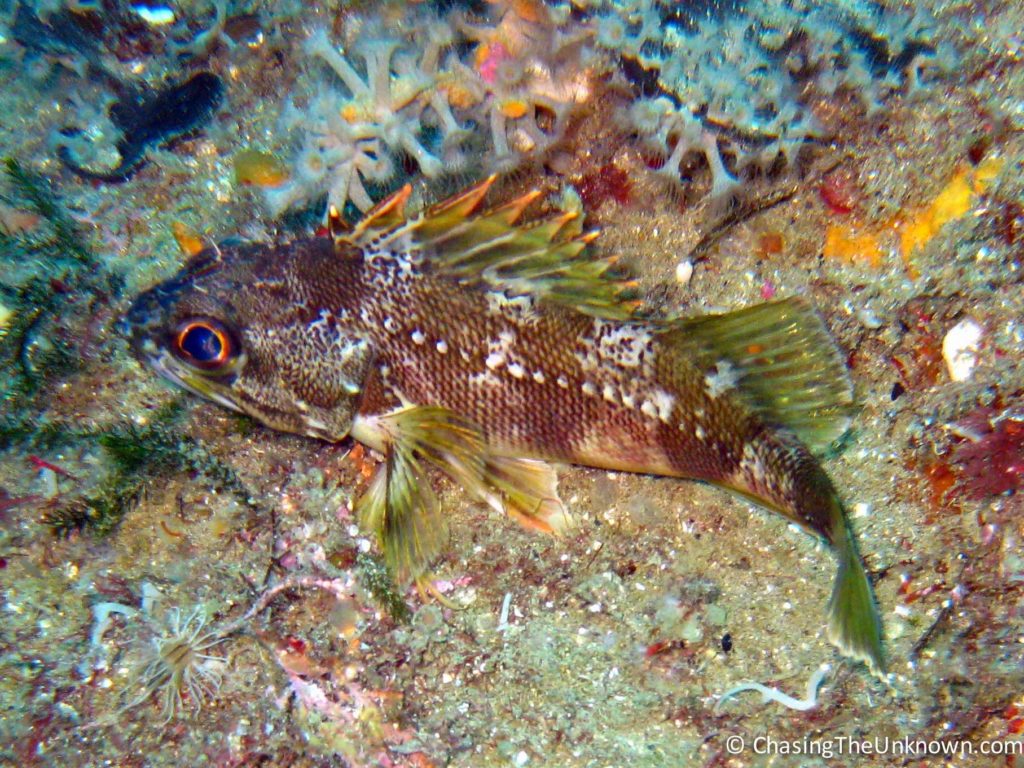 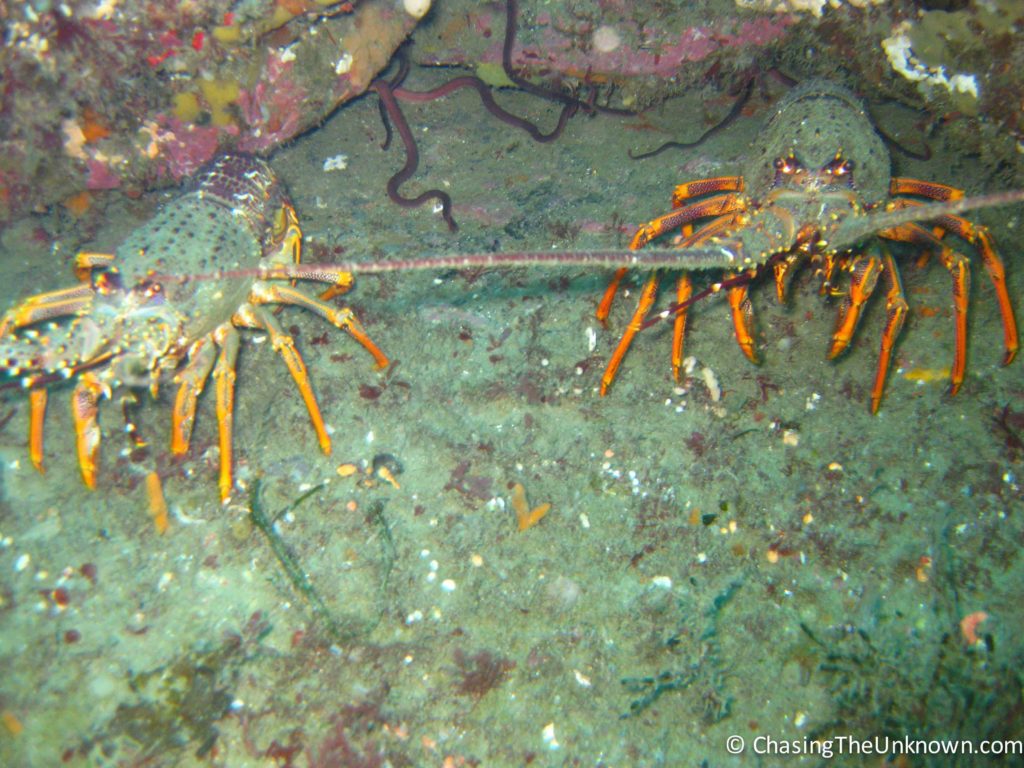 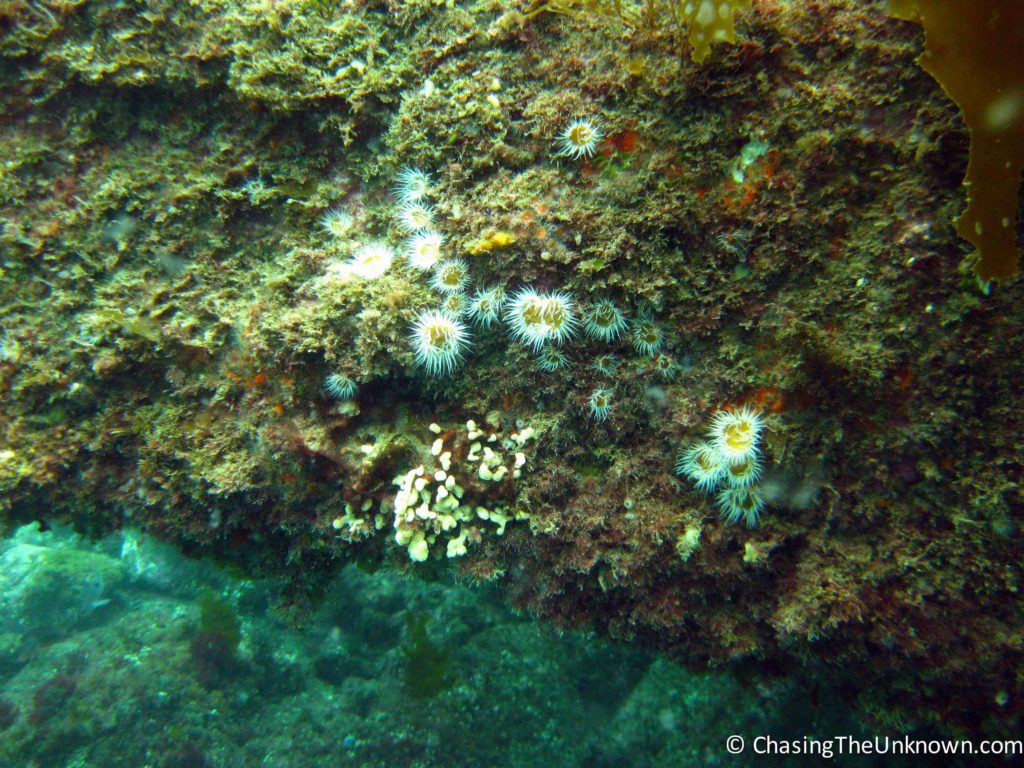 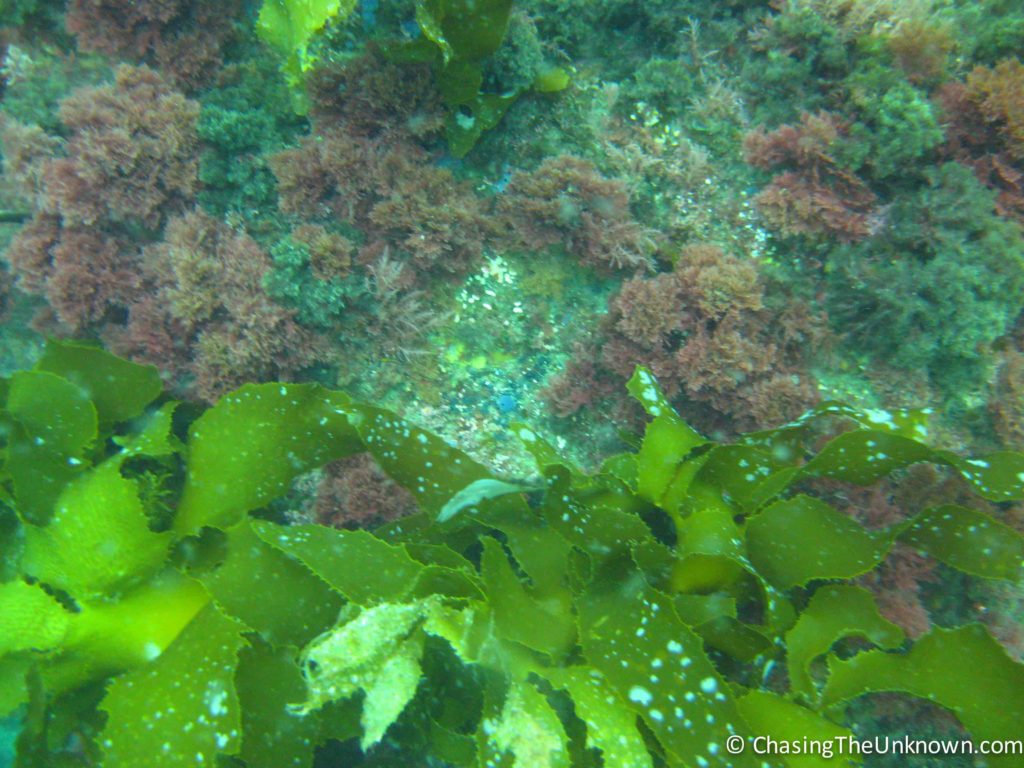 Following the second dive, we were treated to warm water poured down our wetsuits while we watched seals basking in the sun. Just as we were starting to warm, we geared back up for a close encounter with a waterfall. 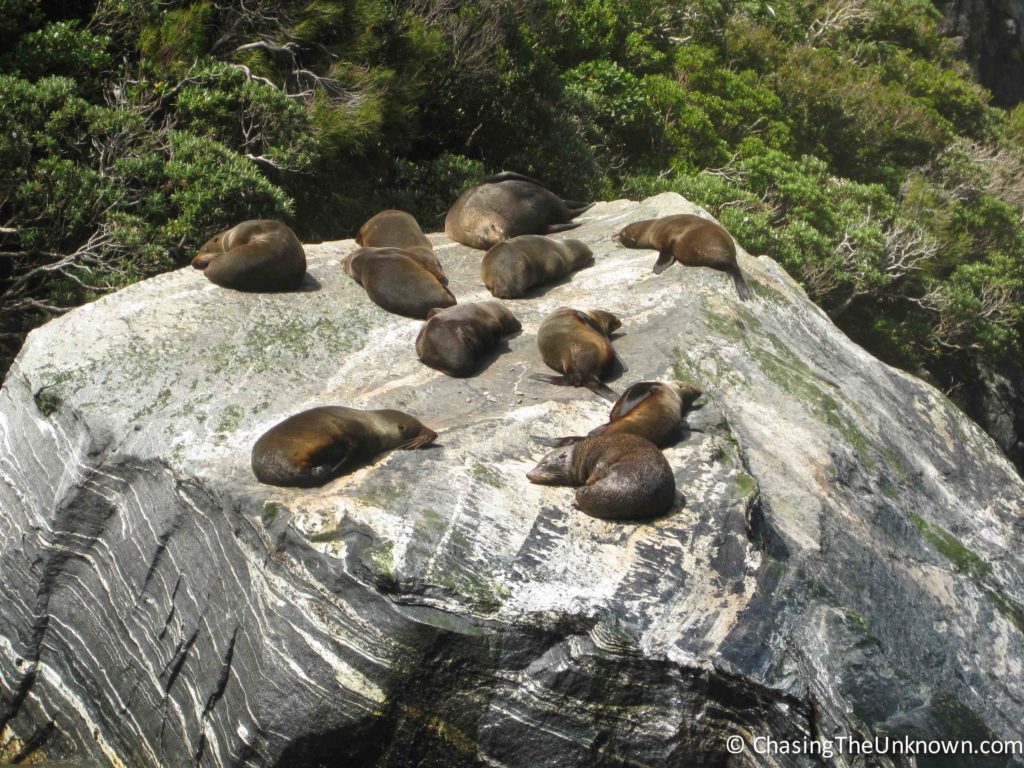 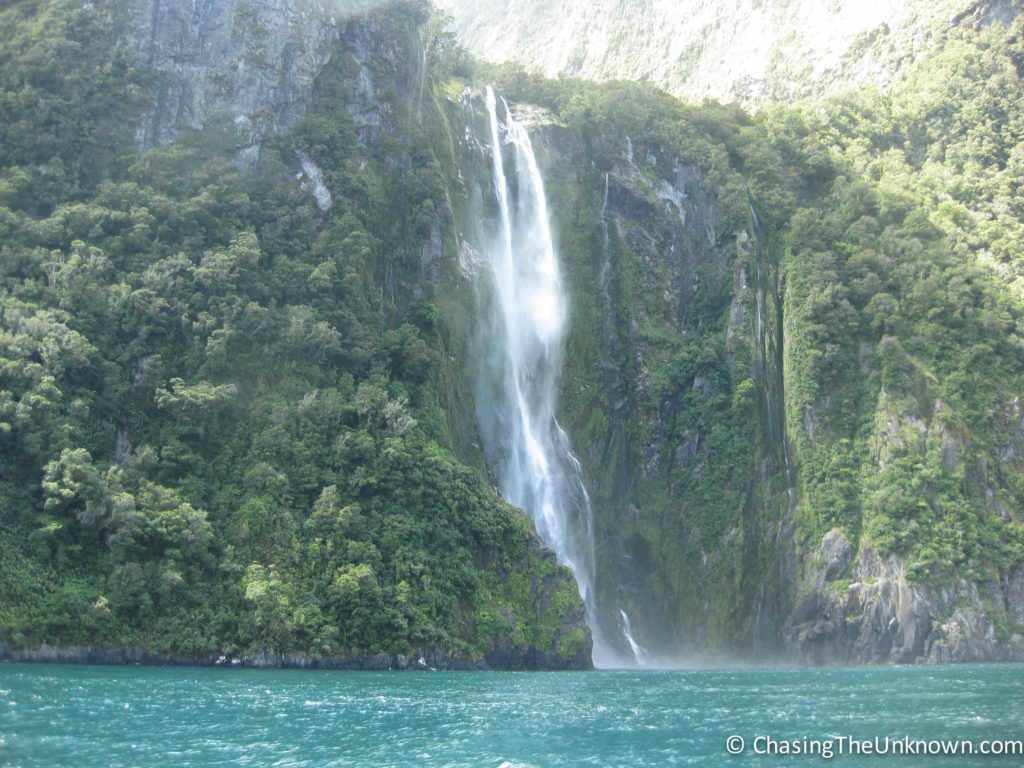 I’m fairly certain I didn’t stop smiling for at least two hours after returning to land. While we don’t intend to make a habit of cold-water diving, we’re both thrilled to have logged those dives and to have seen Milford Sound from a perspective few travelers do. 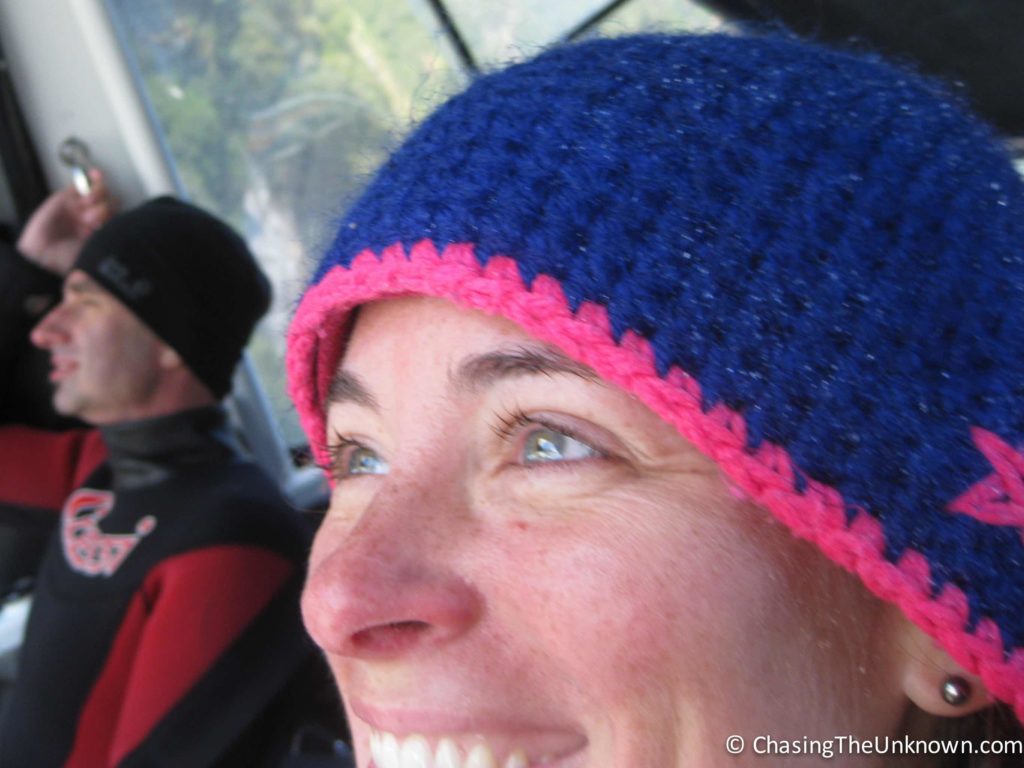