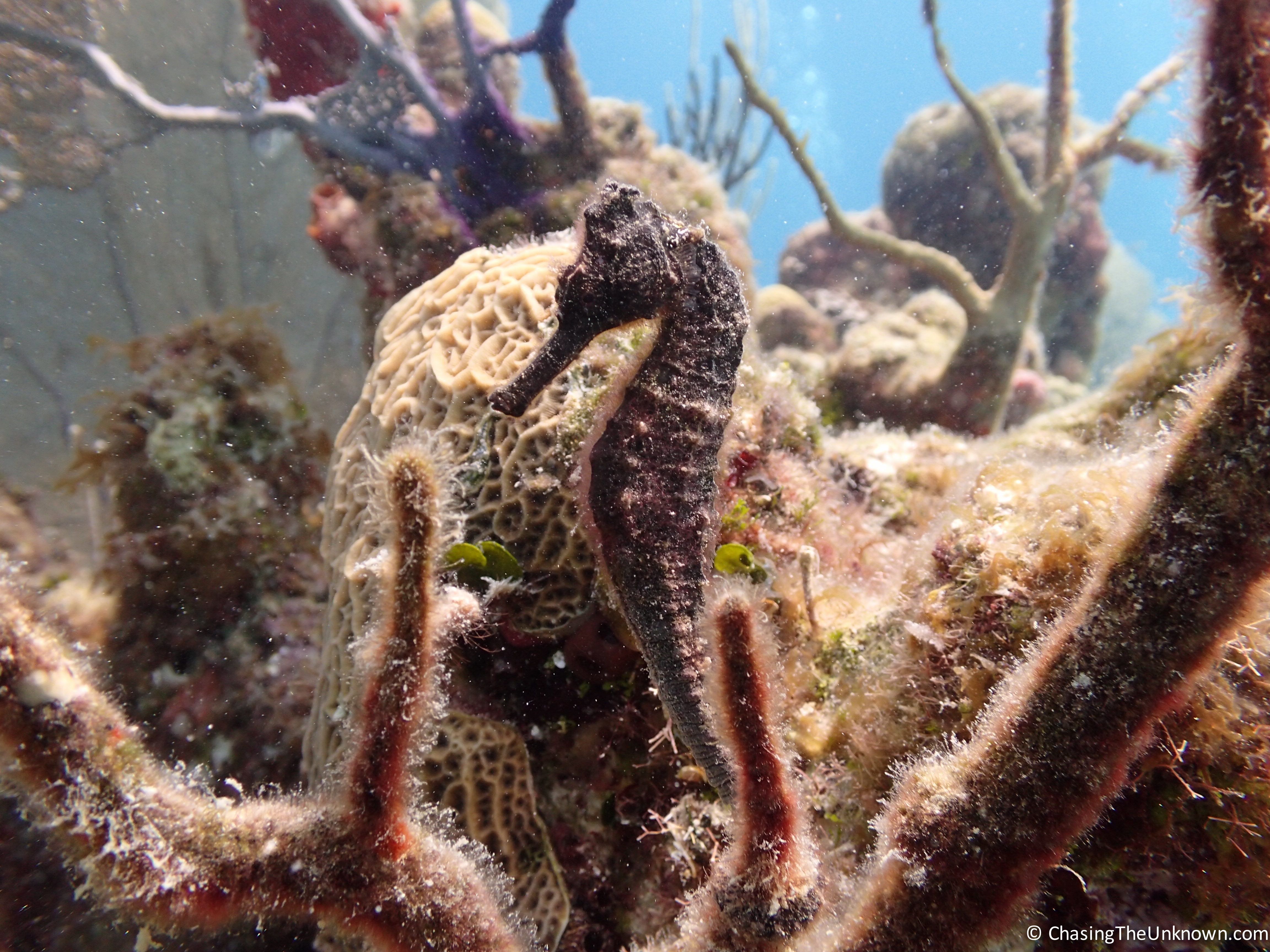 Others have written about not returning to a place where they had a great time – a place where they fell in love with a country or a culture or they lucked into meeting amazing people who remained friends for years afterward. Some worry that returning will tarnish the experience because it’s never the same when you go back. So they leave it in their memories, a shiny joyous moment to reach for when life gets rough. A reminder that once upon a time, a place was great and life was as close to perfect as could be. I understand this rationale and have, at times, embraced it. I dove Australia’s Great Barrier Reef in 2001 as a new diver. Everything about it was amazing: the visibility, the animals, the reef, the experience of diving with just a buddy and no guide, being on a liveaboard for the first time. I loved the experience. So when I returned to Australia earlier this year I decided to not dive it again. I want to keep my memories in tact.

But my time in Utila in 2013 was not perfect and when I left, I recognized that I may want to return someday. UDC, the shop where I became a divemaster, allows me to dive for free so when friends started talking about a return trip, it seemed a good time to head back. Even though most of the people I knew on the island had moved on, some remain. And if I’ve learned anything in the last two years, it’s how easy it is to make friends with travelers who dive. Utila is a party island with a diving problem or a diving island with a drinking problem depending on how you look at it. Either way, it’s a fun place to spend time if you enjoy warm-water diving and having a few drinks.

It’s always the people that make a place so special and I will forever feel lucky for having made the friends I did my first time in Utila. Only one actually made the return trip we discussed but the girlfriend of another joined us despite her boyfriend bailing out. I loved spending time with them and others I met two years ago but also getting to know a new crew of people. While each new friend has landed a spot in my heart, I’ll be fortunate if even one remains active in my life. Regardless whether that happens, I count my return to Utila a success. My diving, underwater navigation, and photography improved along with my ability to spot tiny creatures. I picked up another PADI specialty, banked a few killer memories with friends new and old, regained the confidence and joie de vivre I’d lost in the U.S. earlier this year, and made decisions about where to go and what to do next.

As for the island itself, not much has changed. The crêpe guy has an actual restaurant now instead of just a roadside stand; there’s a new hotel/apartment building and others under construction; one of the convenience stores has moved down the road; some restaurants and shops are under different management. A weekly beach clean-up helps to minimize the flow of never-ending garbage into the ocean and the biggest grocery store in town now charges for plastic bags. Restaurant opening schedules are just as I recall and bars still run most of the same specials. The feel of the place hasn’t changed: it’s still a generally lawless land where anything goes and Hondurans, ex-pats, and passing visitors co-exist with relative ease. The coral looks healthier and there seem to be fewer lionfish but on the whole, there was the same dearth of fish I recall from 2013. Last time I called Utila home, it was rainy season. This time I left just before it prematurely moved in. Which meant sunny days, great visibility, and 28C/82F + degree water. Seascapes like the one below were common.

After the diving I’ve done in the last two years, I worried that I’d been spoiled and Utila would disappoint. As it turns out, I saw far more than what I’ve shared here: turtles; sharks; lionfish; whale sharks; crabs, shrimp, jellyfish, and slugs of myriad varieties; conchs; morays; urchins; countless species of fish; and a few things I still can’t identify. Snorkeling one afternoon I watched five squid zigzag through the shallows, changing colors and formations. Walking beside a dock one night a friend pointed out two spotted eagle rays so close we could have dangled our feet and touched them. On a night dive I was entertained by two octopuses, a squid, a huge channel clinging crab, bioluminescence, and free-swimming eels. I tucked myself into swim-thrus and caves, drifted along sea mounds and across sand patches teeming with life, I tagged along with lionfish hunters, assisted open water students, led new divemasters, and drove my friends crazy with repeated requests that we slow down so I could take pictures. I had deep dives, shallow dives, and everything in between.

With the diving as good as it is and the comfort of knowing my way around, I won’t be the least bit bothered if my path returns me to Utila someday. Even if I have to start all over with a new group of friends. For now, it’s time I head somewhere I haven’t been. Africa, here I come!

6 thoughts on “Return to Utila”