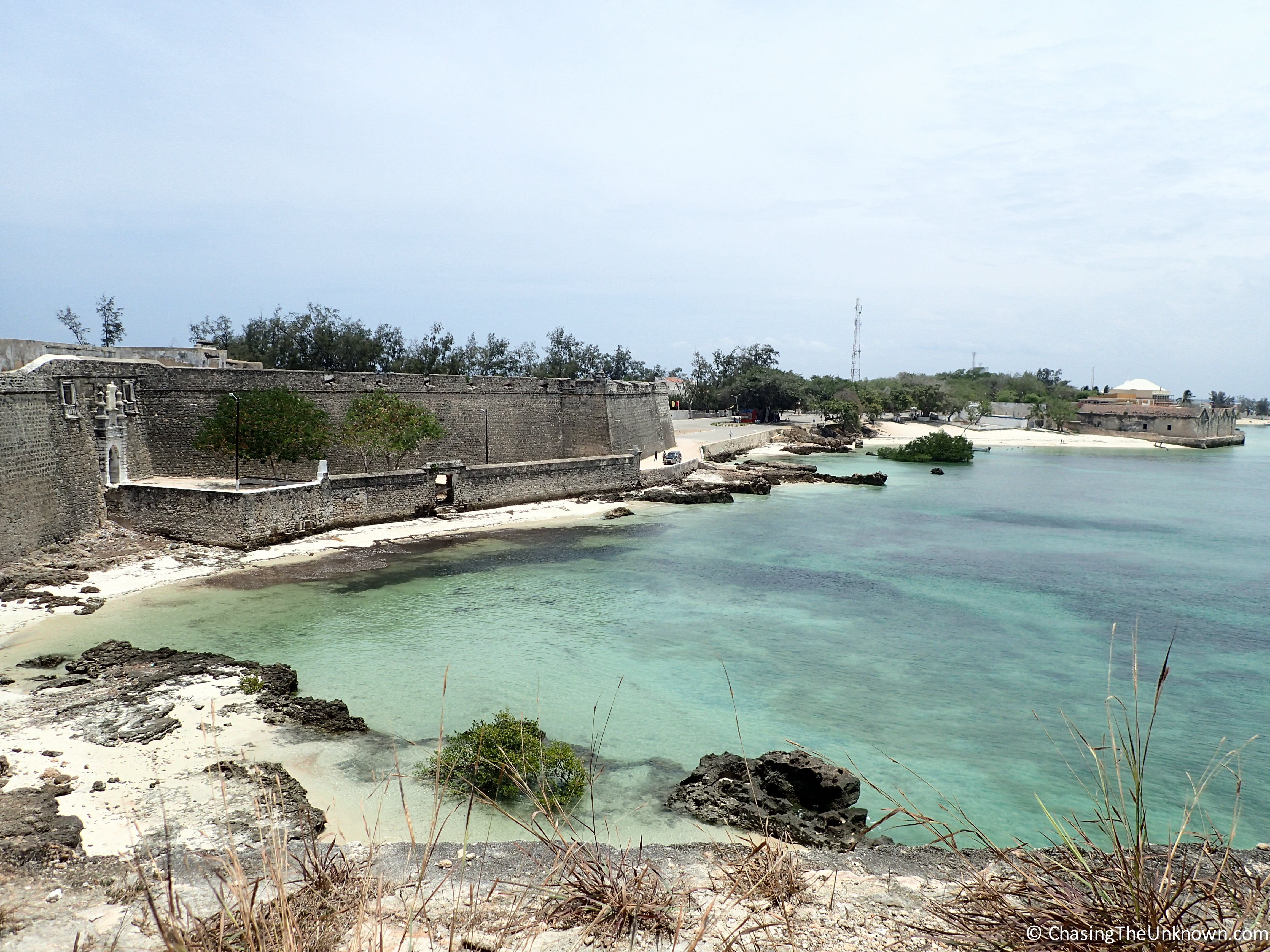 Mozambique is a large country, 1,430 miles (2300km) from north to south. When I arrived, I thought there was a good chance I’d get all the way from Maputo to the Tanzania border (more than 1,675 miles/ 2700km of roads). Ultimately, I changed routes and headed west to Malawi so Mozambique Island was my northernmost stop. It took me more than 30 hours of overland travel to get there from Vilanculos but was well worth the journey. This Unesco World Heritage Site, connected to the mainland by a one-lane 2.4 mile/ 3.8km bridge, is unlike anywhere else in Mozambique and possibly in Africa. Traders took up residence long before Vasco da Gama claimed it for Portugal in 1498. Until the 19th century, it was the capital of Portuguese East Africa (Mozambique was renamed in 1975 and Maputo is the capital).

While the formal historical sites are worth the few hours they take to explore (more on those below), it’s the atmosphere of Mozambique Island that makes it so special. Stone Town is quiet and safe. Unlike most of Mozambique, I felt comfortable walking after dark, even during a power outage. Touts were respectful when I declined their services or wares, often friendly about it. The police throughout the country are known for seeking bribes, asking tourists to see their passports then claiming they’ve done something wrong, stopping drivers and alleging some crucial item isn’t present and thus a fine is due. But on Mozambique Island, another traveler and I approached a policeman to ask a question and he was nothing but helpful. People were friendly here, welcoming to foreigners, something I rarely encountered elsewhere in the country. The entire island is easily walkable and a bicycle rental or cheap ride in a van provides easy access to the mainland. Instead of a sailing and snorkeling excursion, I opted for a bicycle one afternoon and set off with a traveler I’d met on the bus heading north from Vilanculos. We chose Lumbo as our destination, home to a British WWI cemetery and colonial houses in various states of disrepair. We cycled along sand roads, bands of children calling out to us in Portuguese and laughing as we waved and called back. When we rested atop a hill they caught us and stood smiling, giggling at the white people fanning themselves in the shade before they took off down the hill to the beach below. 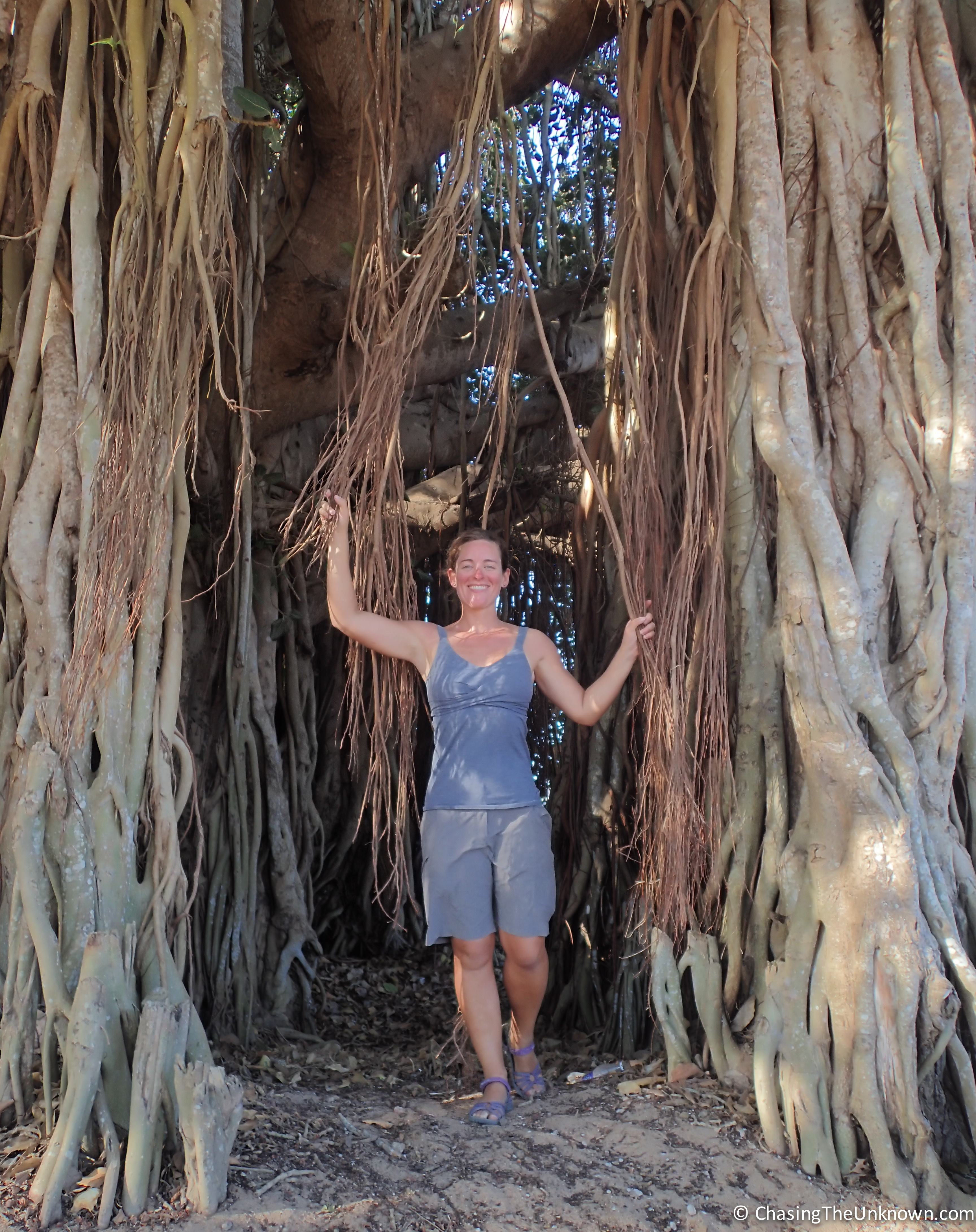 Another afternoon on the island, I noticed about a dozen kids arrive on the beach. One girl beat a rhythm on a drum and the rest of the group danced, free styling and laughing. Two of the older girls then led what could only be described as a dance class, teaching steps and then stringing them together into routines. The oldest couldn’t have been more than 13 and the youngest was probably around four. At times the “teachers” stepped back and everyone just danced as they wished, smiles wide and laughter ringing out. It was a joy to watch, the energy and happiness of these children, dancing to their own music and living in the moment. Nowhere else in Mozambique did I witness such freedom and frivolity. 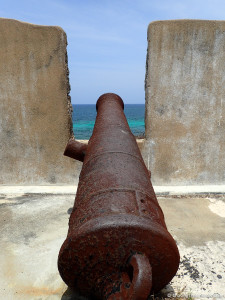 At the north-eastern end sits the Fortress of San Sebastian, possibly the oldest complete fort remaining in sub-Sarahan Africa. There were few tourists the day I visited but remnants of past visitors littered many of the corridors and rooms, empty beer bottles and bags of cheap salty snacks strewn about. I wished for a trash bag and a stick. Just outside the fort is the Chapel of Our Lady of Bulwark. Built in 1522 it’s believed to be the oldest European building in the southern hemisphere. 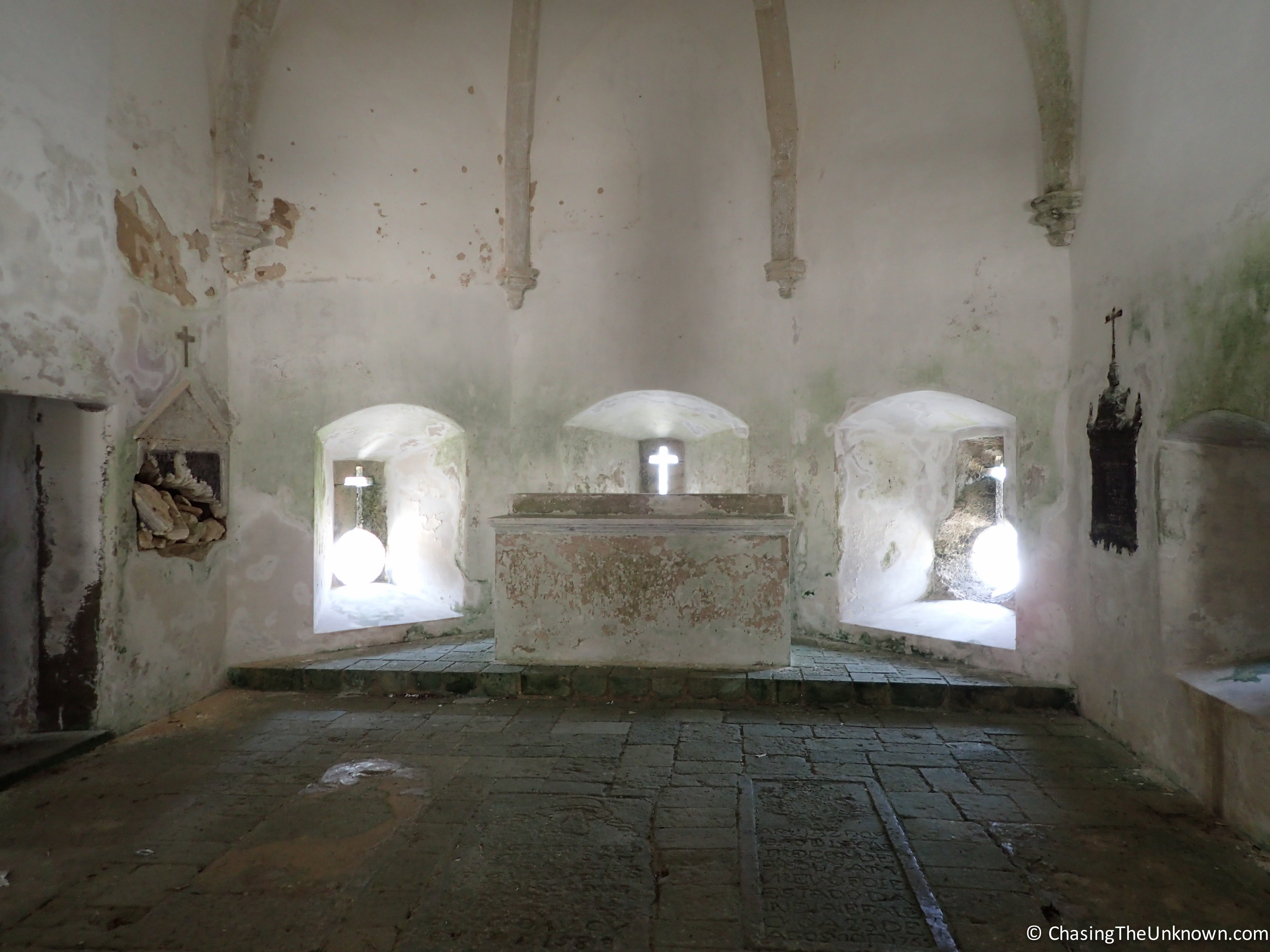 The former governor’s residence is now a museum but photos inside are prohibited and visitors are accompanied by a guide throughout. Highlights – to me – were the absurdly high beds (maybe for increased airflow below?), the chairs with extra long arms that were designed so one can sit back and put his feet at the end of the arms, and the various carriages, each pulled or carried by people, not horses. The attached maritime museum was more interesting to me with models of ships, old coins, and random objects recovered from shipwrecks.

I believe the longest bus ride I’ve ever taken was the 28.5 hour ride from the junction near Vilanculos to the turn-off for Mozambique Island. Six and a half of those hours were spent stopped on the side of the road, the driver needing sleep. The road condition got worse the further north we drove, the size of potholes increasing as went. There was no toilet on board nor was one seen along the way. The bus stopped a few times for the men to go left and the women right. The women tying chitenges (sarongs) around ourselves for some sense of modesty. We never stopped at restaurants or shops so food options were limited to what people on the street sold through the windows when we stopped to pick up and drop off passengers. When I flagged down and boarded the bus, I was directed to sit across the aisle from the only other foreigner on board, a German on holiday who had been on the bus from its start in Maputo. Without his company, it would have been an even harder ride than it was. Regardless, it would have been worth it as Ilha de Moçambique was, without question, the highlight of my time in the country.

7 thoughts on “Mozambique Island – the highlight of Mozambique”