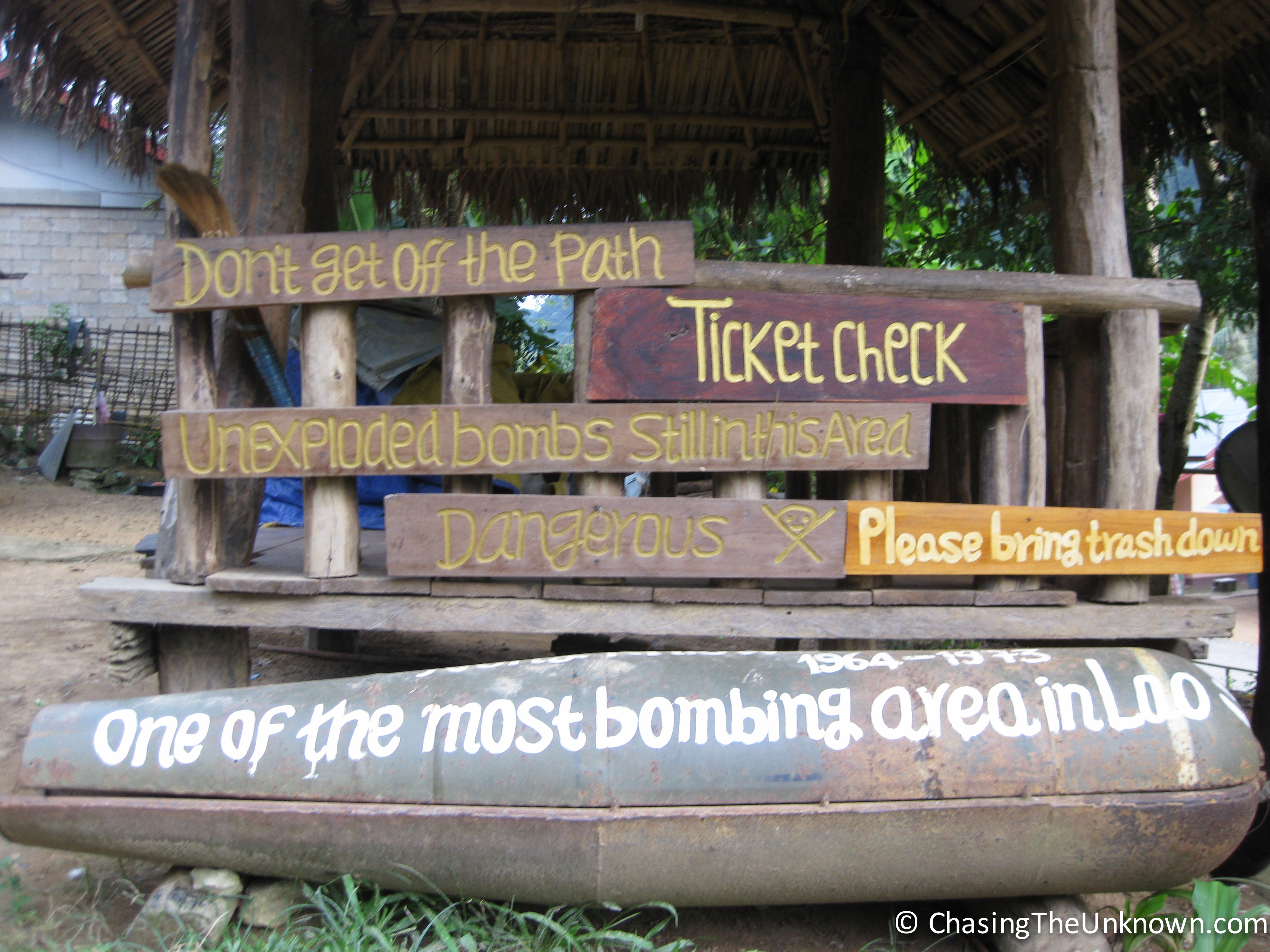 About four hours north of Luang Prabang by minivan or jumbo tuk-tuk sits Nong Khiaw, a village on the banks of the Nam Ou with simple guesthouses, one nice hotel, a handful of outdoor tour operators, and just enough restaurants for the tourists who trickle through. Until recently, it could be easily reached by boat but a dam under construction between Luang Prabang and Nong Khiaw has made that a less enjoyable option. Groups of six can engage a private charter with a short tuk tuk ride around the dam to a second boat but for most people, traveling overland is the best option. 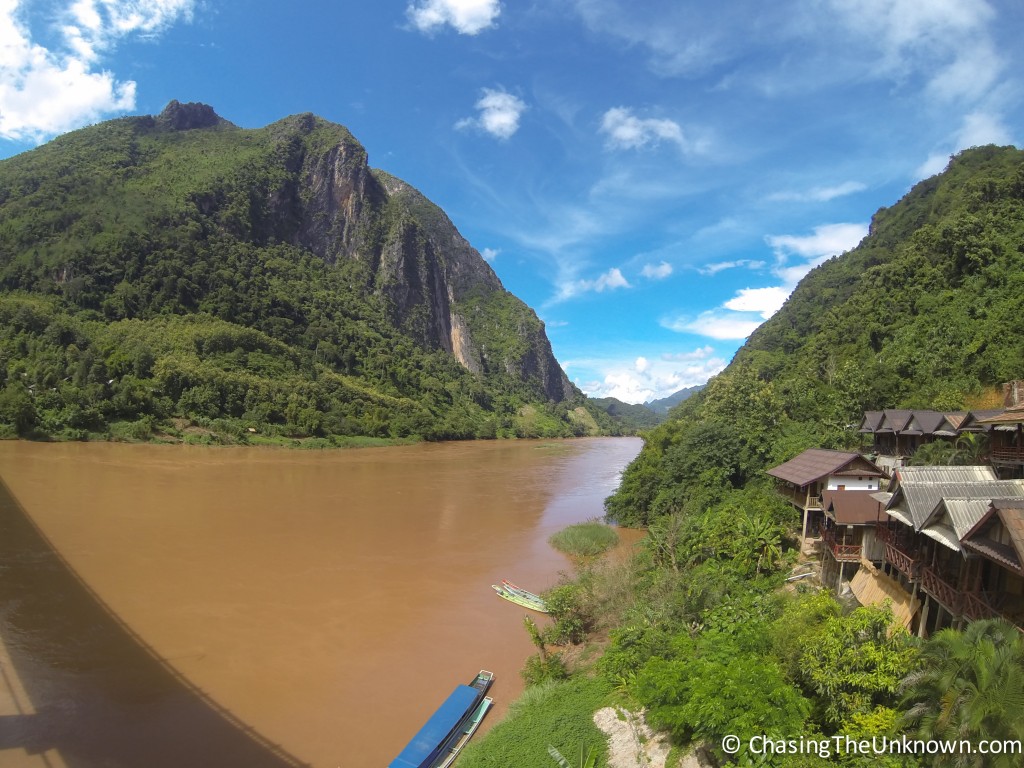 In addition to guided treks such as the 100 Waterfalls, there’s an excellent hike up to the local view point. Cost is minimal at 20,000 kip (just under $2.50) and walking sticks are provided at the outset. I set out with a German couple I’d met a few days earlier and given the recent rains, am impressed that we didn’t return completely covered in mud. A Canadian couple who preceded us up the path had wisely brought a picnic and reading material – I was just relieved to have some serious insect repellent for killing the nasty little ants who started crawling up my legs on the hike down. 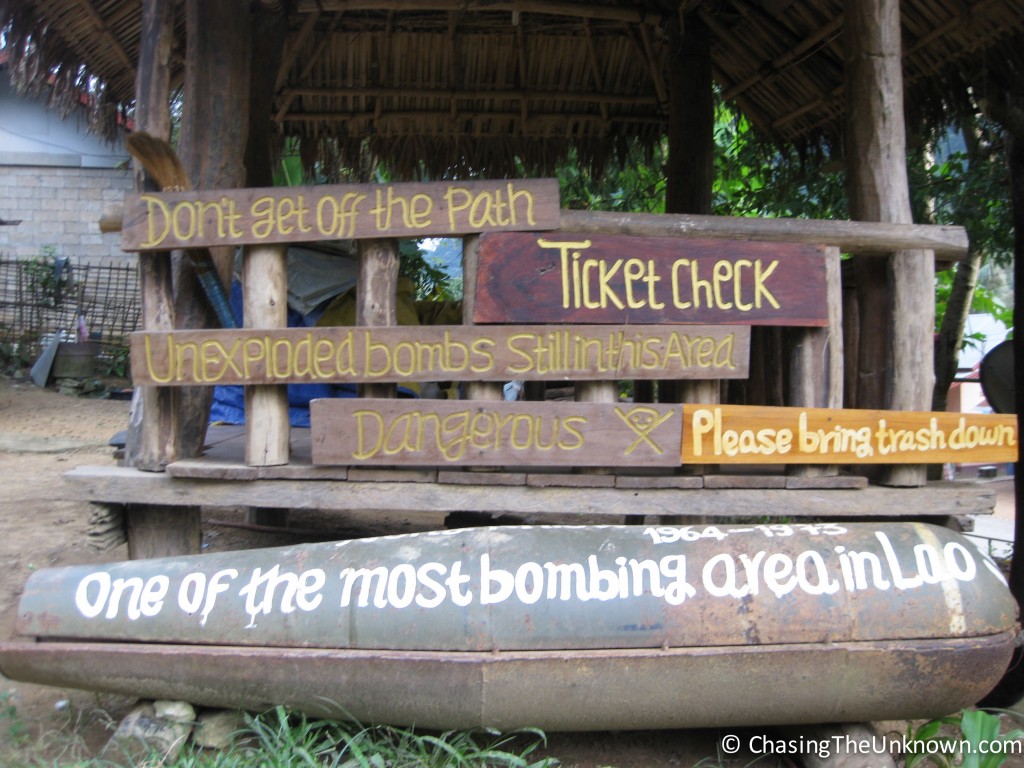 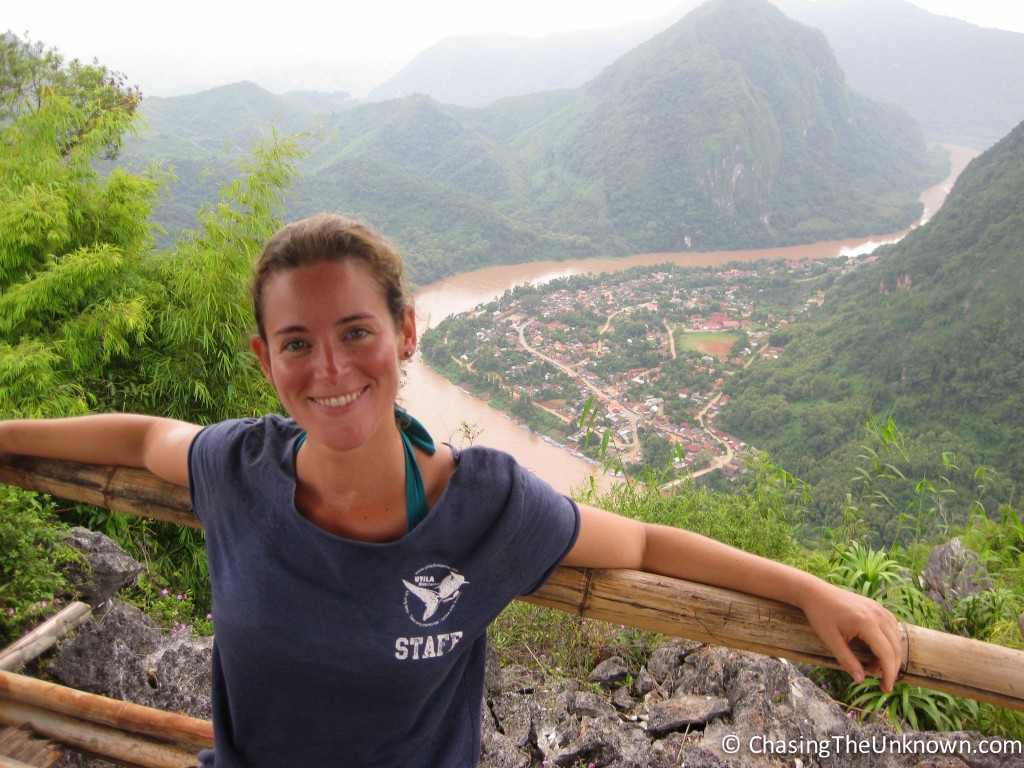 There are a few caves outside of town although I unfortunately didn’t make it to any. At least one was used to shelter villagers and fighters during the American-Vietnam war when Laos became the most bombed country in the world. I could easily have stayed in Nong Khiaw another night but the even more rustic Maung Ngoi Neua (referred to as Maung Ngoi) beckoned me north. 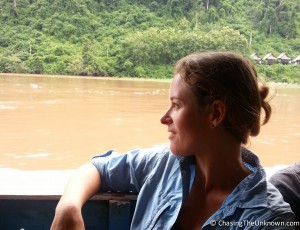 Maung Ngoi is possibly the better known stop of these two towns on the so-called Banana Pancake Trail – an informal string of stops made by backpackers roaming around SE Asia where restaurants and guesthouses have sprung up to cater to Western palettes and preferences. According to residents, 80-100 tourists arrive daily during high season but there were only seven of us on the boat up from Nong Khiaw the day I made the trip. I doubt I’d have enjoyed Maung Ngoi overloaded with tourists; for me it was the perfect spot to press pause on all the trekking and mucking about in the mud. I still spent nearly six hours walking through the valleys one day and splashed about in the clearest water I’ve seen in SE Asia but I also looked out over the river, Kindle in hand, lazing about in a hammock.

I also had one of the most entertaining encounters with a local business owner anywhere on this trip. On the day I stepped off the boat I traipsed about with another traveler checking out the various guesthouses and selected one, planning to stay two nights. Three of us wound up at one guesthouse and the other four were a few doors down. Most things equal, I chose the quieter, less expensive option. But by morning, two of the three of us were ready to switch – the beds were uncomfortable, my mosquito net had a large hole over my head, the breakfast was awful, there was something wrong with the other person’s bathroom, and it seemed more fun to be with the other group. So the two of us hunted down one of the owners of the neighboring guesthouse to ask about getting two bungalows for the night. Although there was room for the two of us, our money was turned away. The conversation went something like this:

“Yes, I have room. But you only stay one night so I don’t think so.”

“What do you mean? Do you have room or not?”

“Well, not for you. You only stay one night and I don’t want to clean. I’m lazy.”

silence on our part with an exchange of incredulous looks

“In the high season, we hire someone to clean but now, it’s just me and I’m lazy. Boats coming from Nong Khiaw and Maung Khua today. Maybe people come and take my bungalows. You stay two nights, ok. But no, I don’t think so.”

So that was that, we stayed put. I appreciated her honesty and found the entire exchange pretty funny but also quietly reveled in the knowledge that no other tourists showed up to fill the empty beds that night.

My time in Maung Ngoi epitomized my month in Laos: the perfect combination of active exploration and lazy relaxation. There was no internet and full-time electricity only arrived in town within the last 18 months. I doubt there’s air conditioning anywhere in town. At night, locals catch large grasshoppers and put them in a jar for the following morning’s breakfast. Travelers and residents were friendly, and here at least one admitted to the national characteristic of laziness.

It also wasn’t on my radar when I started thinking about Laos but multiple people I spoke with suggested I head up to Nong Khiaw and Maung Ngoi. With the exception of Vientiane, Vang Vieng, and Luang Prabang – the standard tourist trail in Laos – I arrived without many plans. My days in northern Laos solidified for me how rewarding it can be to travel without too many plans, without a guide book, open to going where the wind and other travelers take me. 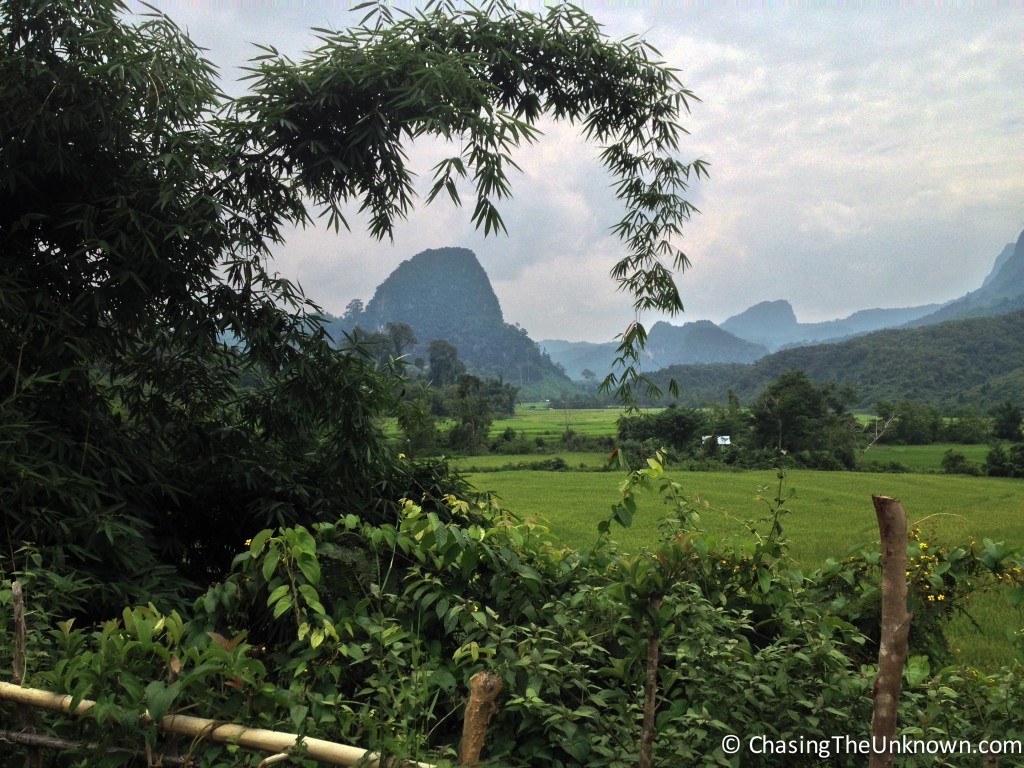