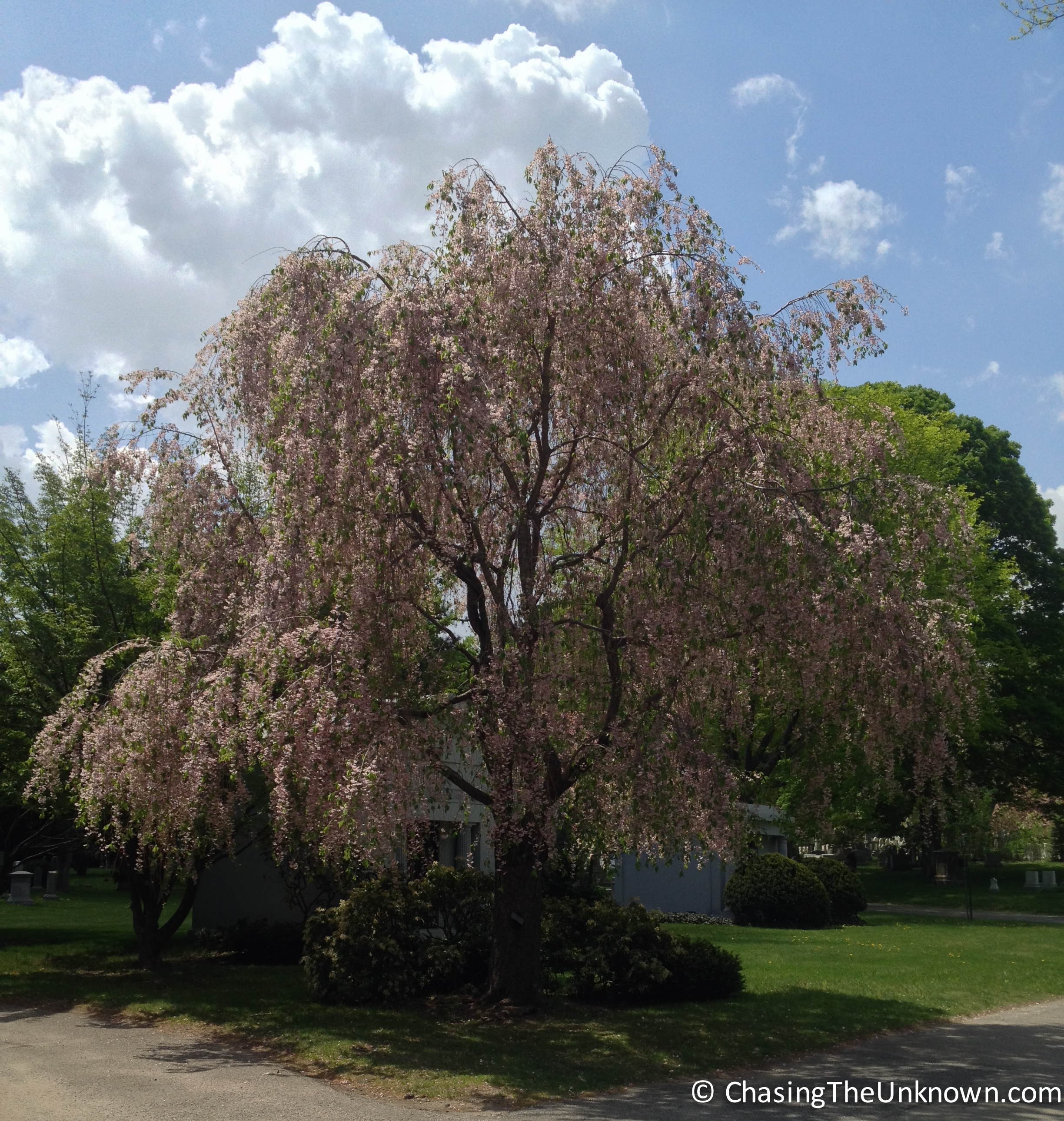 Slow travel is the best form of travel. Getting somewhere quickly has its appeal but if I have the time and there’s a reasonable overland route, I almost always prefer that to flying. So since arriving back in the mainland U.S., I’ve traveled long distances solely by train and car. First from New York to Massachusetts, then from Massachusetts to North Carolina, and finally from North Carolina to Colorado. I’m breaking this post into two: first the east coast train rides, then the road trip.

Taking the train between Boston and New York City is nothing new; it’s been my preferred means of getting between the two cities for more than a decade. But that’s only a 4-4.5 hour ride. Taking the train from Boston to Rocky Mount, North Carolina is a 13-hour ride, longer when a layover in New York or Washington is included. But after the three days I spent on a train in Australia, I had no hesitation about booking a ticket.

As in Australia, I figured this ride would give me a chance to watch the countryside roll by, catch up on reading, off-line writing, and otherwise get things done with few distractions. It would also be an opportunity to reflect on my time back in the States thus far and to work on my summer project: relearning French. I’ve driven between North Carolina and Massachusetts more than once so I thought I knew what to expect out the window: tall buildings of the congested northeast, a few picturesque waterside towns, construction zones and used car graveyards, plants bursting with life in the late spring, litter and other eyesores, “pro-life” and other billboards funded by religious zealots. I was right about most of that and pleasantly surprised to not see a single billboard beside the tracks.

But I didn’t know what to expect from Amtrak. On the regional trains through the northeast corridor, seats are not assigned (despite trains being “reserved”), spotty WiFi is available, legroom is minimal, there are outlets in every row of seats, occupancy is almost always close to full, and the staff isn’t particularly helpful.

On the Silver Star, Amtrak’s train between New York City and Miami, there is no WiFi, assignments are made to specific rows of seats based on your destination, legroom is ample, the staff is friendly, and if you’re traveling overnight you can reserve a seat in the dining car for a full evening meal. And yes, there are outlets in every row of seats. Between Boston and DC, the trains were nearly full (I changed trains in New York) but south of DC, it didn’t look more than sixty percent occupied. Sadly I hopped off before having a chance to explore the dining car which was only open at meal times. I did stop by the café car for something to drink and found it nearly identical to the café car on trains between Boston and New York. In DC the train stopped for a while to switch from an electric to a diesel engine. We were told to stay on the platform and smokers were directed to one small area. Although I could walk around on the train itself, it was nice to break up the journey by stretching my legs walking the length of the train in the sun. Far better than traipsing through an airport to change planes! 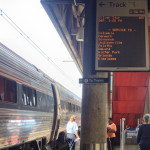 I wound up napping more than I intended and didn’t accomplish anywhere close to what I was hoping to in the way of writing or studying. But the people-watching was entertaining and there was a bit of drama an hour after we left DC when it was discovered that the woman previously seated across the aisle from me had failed to re-board but left nearly all of her possessions on the train. Once convinced that suitcase, bag of food, sweatshirt, and water bottle all belonged to the missing passenger, the staff gathered her belongings and left them in a station en route. One of the staff told me it’s a relatively frequent occurrence and the woman would take the next train, about eight hours later.

Ultimately, it was a relaxing and comfortable way to travel down the east coast and at $107 for a trip greater than 1000 km, it was a damn good deal. I wish I could take more trains while I’m “home” but the routes for other places I’m heading just don’t make sense: they take ages and cost a fortune. It saddens me that train travel in this country is so far behind the rest of the developed world. Hell, I’m pretty sure the train network in some developing countries is better than ours. I don’t know whether the blame lies with our government, the private sector, the automobile and trucking industries, some other group, or to all of us who don’t do anything to improve it. I’ll leave that sort of theorizing to others. What I do know is that when I told people I was taking the train – and what it cost – many were pleasantly surprised to learn that it’s an affordable way to travel. Increased ridership can only help to keep our existing train network running so I hope at least one of those people finds time to ride the rails outside the Boston-DC corridor. Maybe someday, if demand justifies it, the network will expand, speeds and service will improve, and we’ll join the rest of the developed world.

What about you? Have you taken trains in the US? Would you?

8 thoughts on “Riding the Rails”