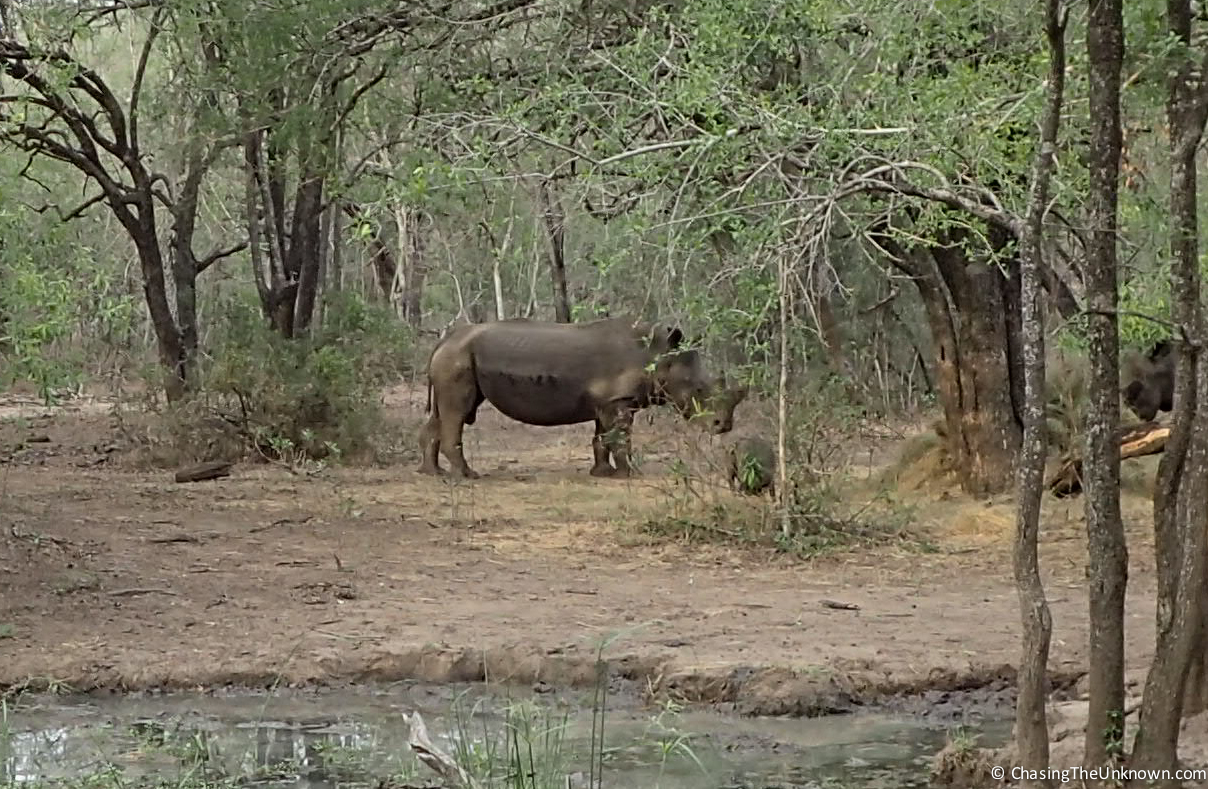 In the original meaning of the word, I am on a semi-permanent safari. A journey, in Swahili. But in the way we have come to think of it, a journey to look for wild animals in Africa, I’ve just been on my first. It was a short one: a late afternoon game drive, a night in the game park, and a sunrise drive before breakfast. There are more famous and more luxurious places (and less of each) I could have chosen for my first safari but Mkhaya Game Reserve in eastern Swaziland was short and sweet. 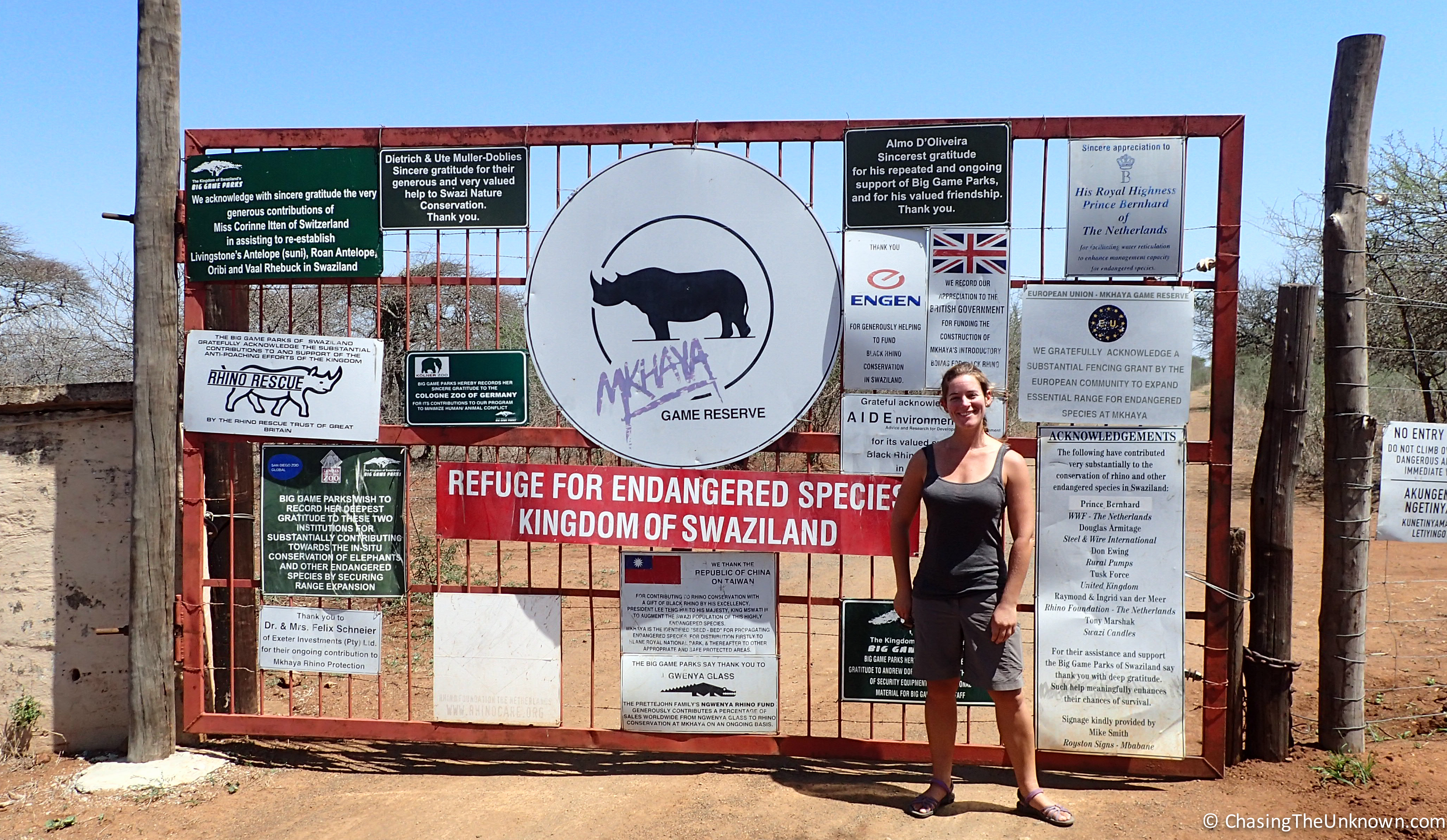 Just before 4pm I pulled into the meeting point with my traveling companion for the week and within minutes, another car pulled in. We all took off behind a Land Rover for a 4km drive on dirt roads and across a dry riverbed to a ranger station where we left our cars for the night. Indemnity forms signed and the bulk of our luggage secured, we hopped into the waiting 4×4 with overnight bags and headed into the park. Within minutes we were ogling hippos resting in one of the park’s only water holes left in this drought-stricken part of southern Africa.

In coming to Africa, I have my own version of the Big Five, determined by the five I most want to encounter: I’d like to see zebras, hippos, rhinos, and giraffes, and I want to hear a lion roar. Seeing a lion would also be nice but it’s the sound I truly want. The official Big Five are elephant, rhinoceros, lion, buffalo, and leopard, identified once as the five most difficult to hunt. I would, of course, love to see all of those but I’ve never been one to aim for someone else’s criteria when I can make my own. There’s also the Ugly Five: wildebeest, hyena, warthog, vulture, and marabou stork; and the Little Five: elephant shrew, rhinoceros beetle, ant lion, buffalo weaver, and leopard tortoise. In Mlilwane I saw zebras, warthogs, one hippopotamus, and plenty of bushbuck and other types of antelope so rhinos and giraffes were my goal for Mkhaya. And, as Mkhaya is known for being one of the best places to see black rhinos, I had high hopes. Unlike the dugong in Mozambique, neither the rhinos nor the giraffes let me down.

White and black rhinos are not named for the color of their skin. One theory for the name is that “white” was a mistranslation of “wide” from Dutch or Afrikaans into English but ultimately, there doesn’t appear to be a consensus on where the name came from. The easiest differences to spot are the shape of the mouth: the white has a wider mouth, the more aggressive black rhino is smaller, its head is more parallel to the ground than that of the white, and if you’re tracking footprints, there’s a distinct difference at the back of the print, the white rhino print having a rounded W-like shape at the back.

Stone Camp, the only place to stay within Mkhaya, can accommodate 35 guests but we were only four the night I stayed. There is no electricity but each open-air stone cottage has running hot and cold water, a number of lanterns lit by the staff while guests are at dinner beside a central fire, and places to store luggage and small items away from the thieving hands of resident monkeys. I expected the sounds of hyenas or other animals to keep me awake but it was surprisingly quiet until 4:30 when the guinea fowl started parading around the cottage, stopping to let out their own version of a cock’s crow. It was a wonderful feeling, waking up in a comfy bed beneath a mosquito net, the overcast day dawning slowly and the resident fauna stepping softly through the bush in search of breakfast in one form or another.

At 1,725 South African Rand per person (around $120), one night at Mkhaya isn’t cheap but to me, it was worth every cent. Mkhaya was started to preserve and protect the indigenous Nguni cattle, some of the most disease-resistant on the planet. Its mission to protect endangered species has expanded over the years and the team has worked diligently to stamp out rhino poaching. Their work in getting anti-poaching legislation enacted has led to the end of rhinoceros poaching in Swaziland with not a single rhino poached in the kingdom since December 1992. Our Swazi guide was incredibly knowledgeable about the park, animals, Swaziland, and everything we asked of him. Every staff member I encountered was friendly and professional; the food was delicious and plentiful; and safety standards were top-notch. 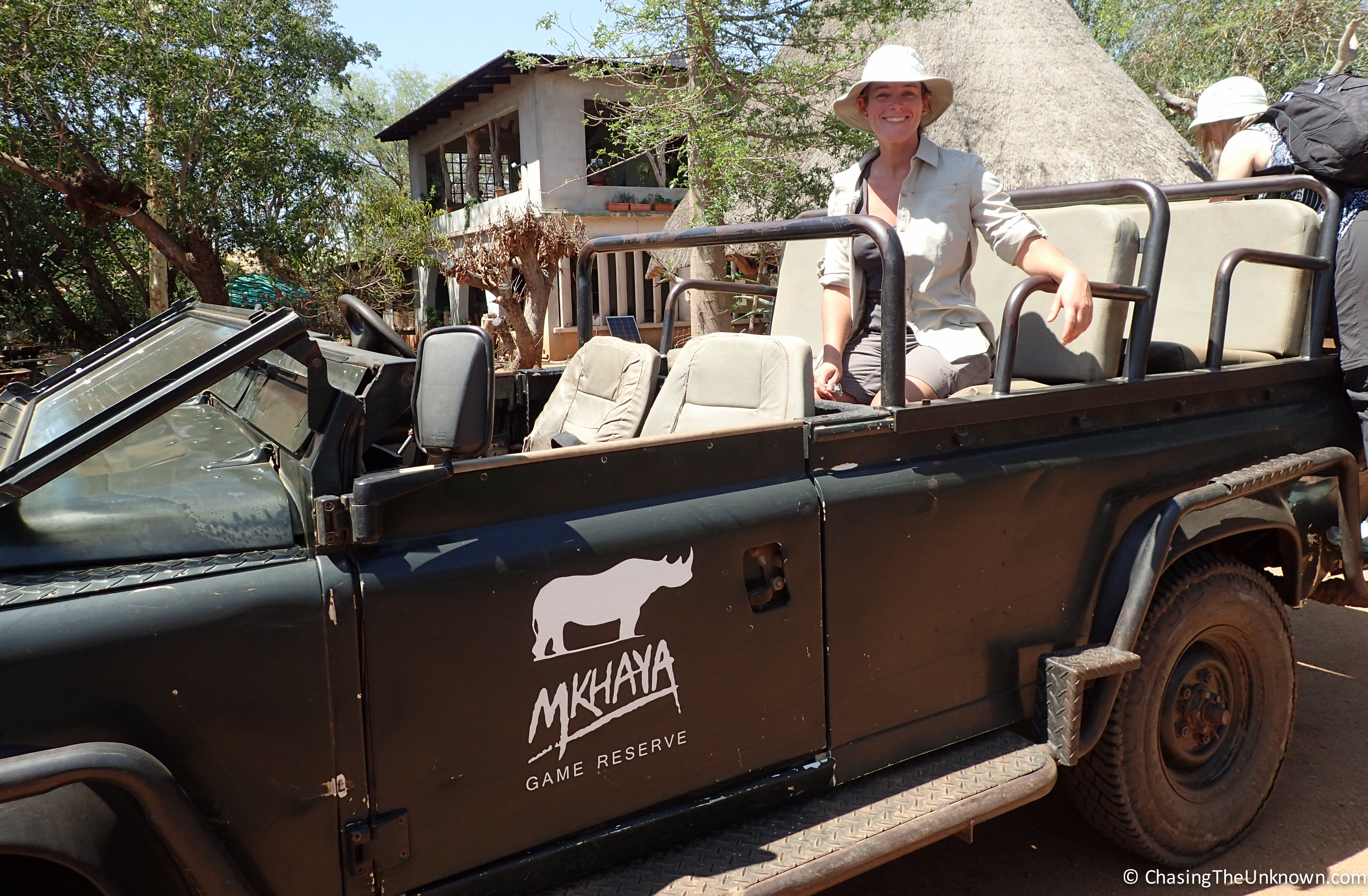