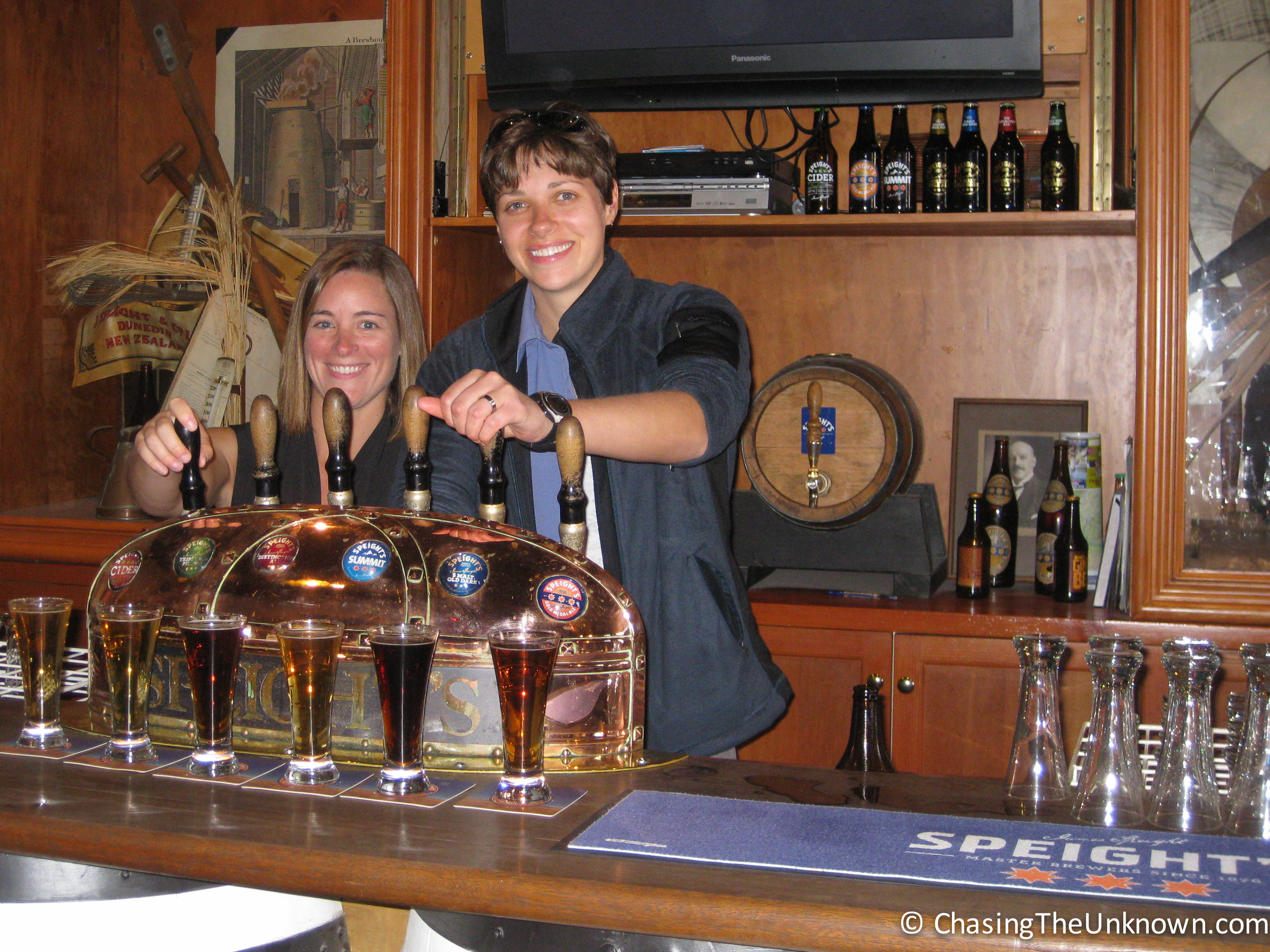 “These are our four ingredients: roasted malt, lager malt, hops, and sugar.” Rod went on to discuss where each is from and the role it plays in brewing. I attempted to withhold judgment but any brewery that identifies sugar as a key ingredient in all of its beer is suspect. At the end of the tour, we sampled 6 of the Speight’s line (and even got to pull our own pints) and not surprisingly, they all met expectations. Easy drinking: even the hoppiest and darkest were mild enough for me and I’m not a fan of hoppy or dark beers. As Jen says, Speight’s is the Budweiser of New Zealand.

Speight’s is based in Dunedin, a university town on the edge of the Otago Peninsula on the South Island of New Zealand. Having stopped at two wineries already –neither in wine country as we haven’t gotten to any yet – I was willing to accompany Jen on the Speight’s tour. The fact that we could taste as much as we wanted at the end was the primary selling point. We’ve toured breweries, distilleries, and wineries in multiple countries and this tour was similar to every other brewery tour I’ve taken. Rod introduced himself by telling us that he’s native to Dunedin and drinks Speight’s every day. His tour was riddled with bad jokes and tall tales about the history of brewing, beer drinking, and general New Zealand braggadocio. The building itself is undergoing renovation and expansion as the Christchurch brewery was destroyed in the 2010-11 earthquakes so South Island production is moving exclusively to Dunedin. The art deco touches of rounded beams and artful light fixtures are, at least thus far, preserved. While I appreciated the architecture more than the beer, we failed to take any photos and for that, I apologize. I hope this shot of Rod and a copper brew kettle will provide a photographic reprieve from all these words. 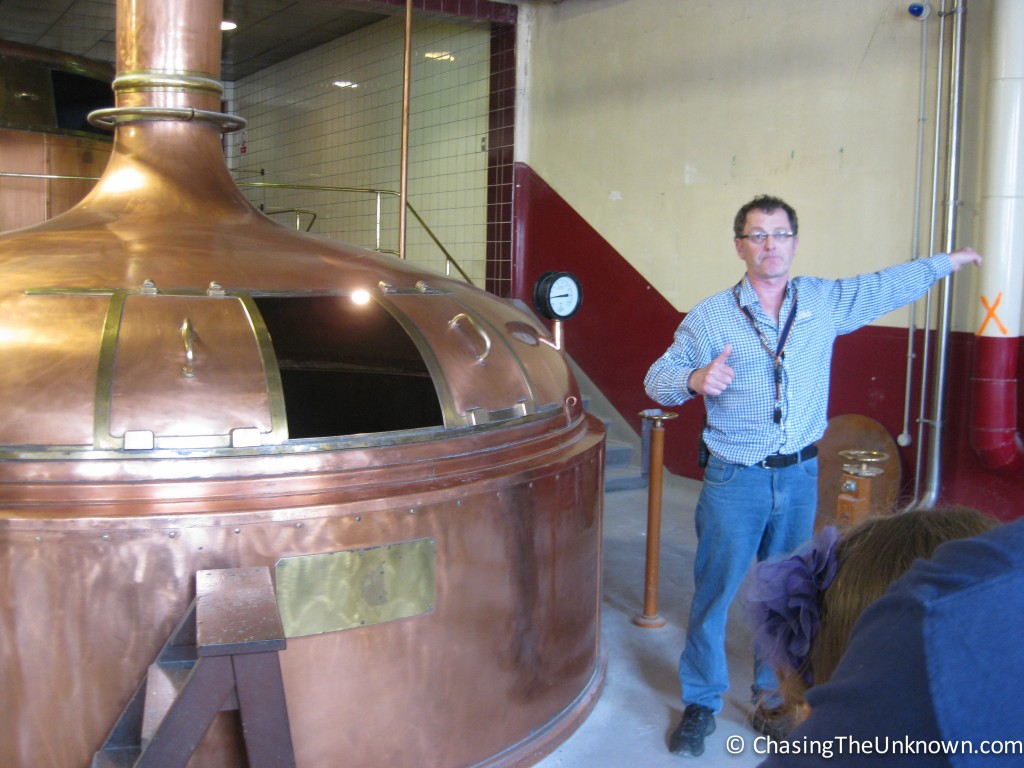 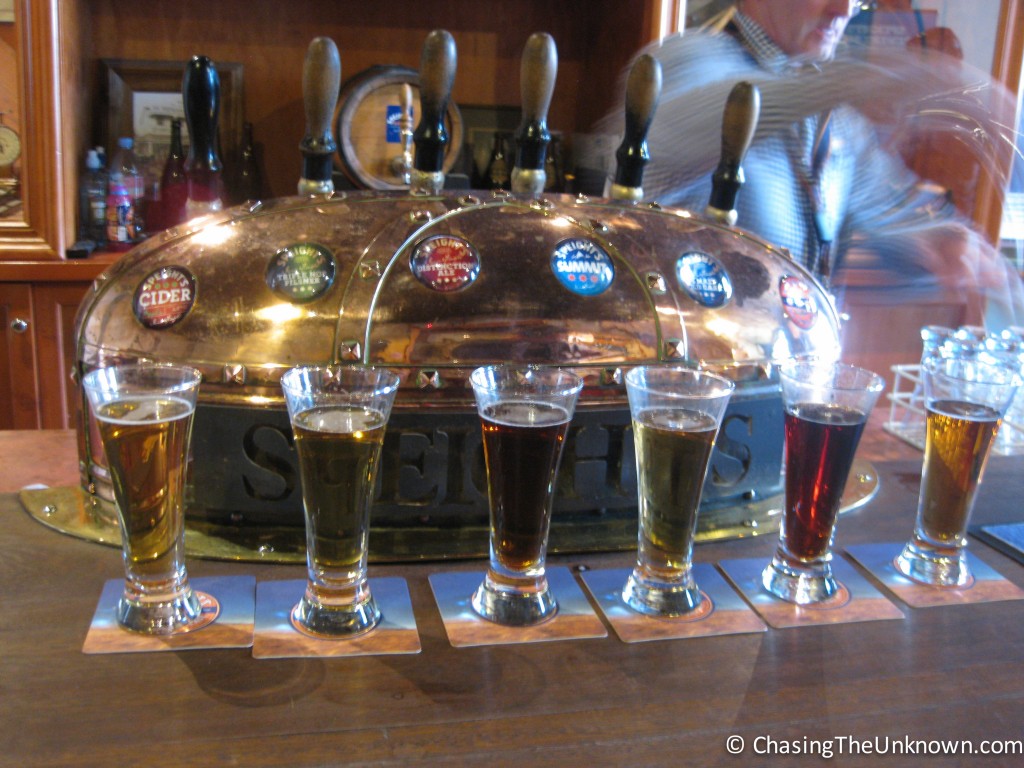 I would be remiss if I failed to mention the best feature of Speight’s: the outside tap of spring water where anyone can fill bottles, jugs, or anything that holds liquid with quality fresh water at no cost. Before we left Dunedin the following morning, we filled every container we could and have been enjoying the water for days. Jen would scold me for not including an admission that the beer is fine, certainly drinkable and actually more palatable than most Budweiser products.

Have you ever had Speight’s? Any New Zealand beer recommendations for us? We’ve been sampling a few but are always open to suggestions!