The Tongariro Alpine Crossing, long before its Lord of the Rings fame, has been referred to as New Zealand’s best one-day trek. We did a number of day walks throughout the country and I understand why this one is crowded with Kiwis and visitors alike. The terrain includes desolate stretches of barren rock and earth, a climb referred to as the Devil’s Staircase, traces of old lava flows, vibrant green and blue pools, the stench of sulfur, vapor rising from vents in active volcanoes, a shockingly red crater, lush forest, and a stretch of loose scoria and dirt on a steep slope that fells nearly everyone who slides down. Without adding in side trips, it’s estimated to take 6 hours and 20 minutes to traverse the 19.4 km from Mangatepopo Car Park to Ketetahi Roadend. Including stops for water, food, photos, adding or removing layers, and soaking in the scenery, it took us 6 hours and 5 minutes. 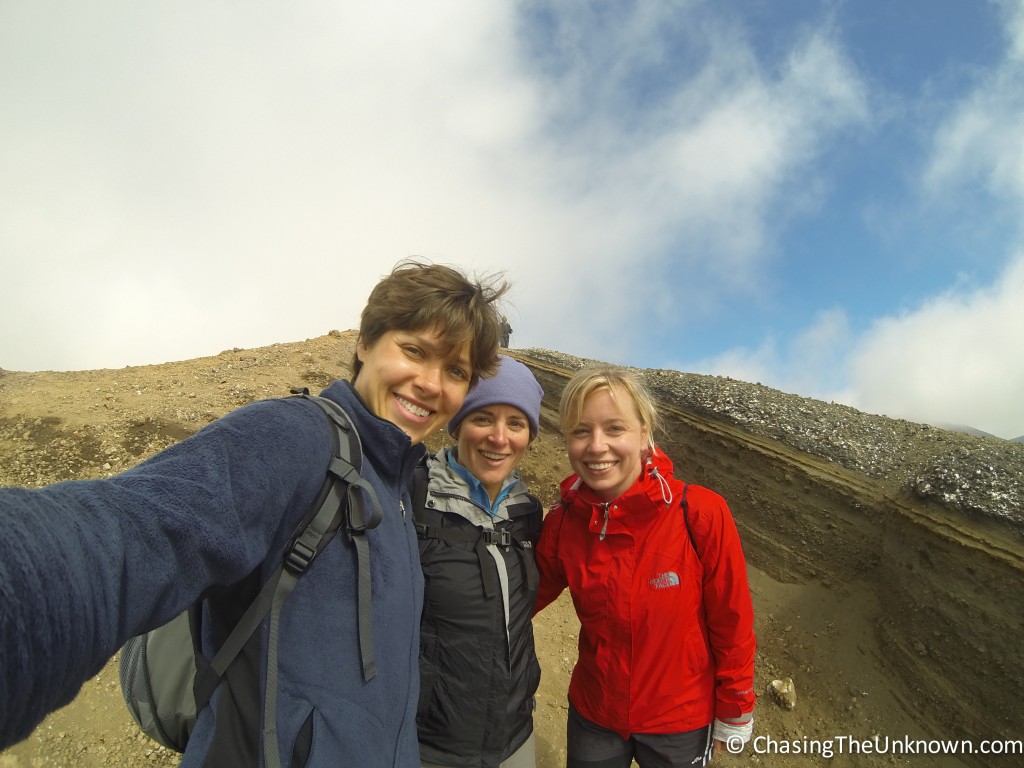 Our Czech friend Kat, who earned her divemaster on Utila while I worked on mine, joined us for a week on the North Island before she set out for Wellington to look for work. She may not have appreciated the fog and clouds at the start of our Tongariro hike any more than we did but I hope she enjoyed our company as much as we did hers. 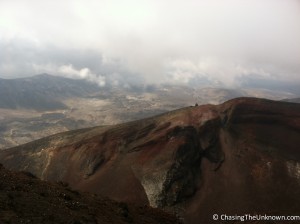 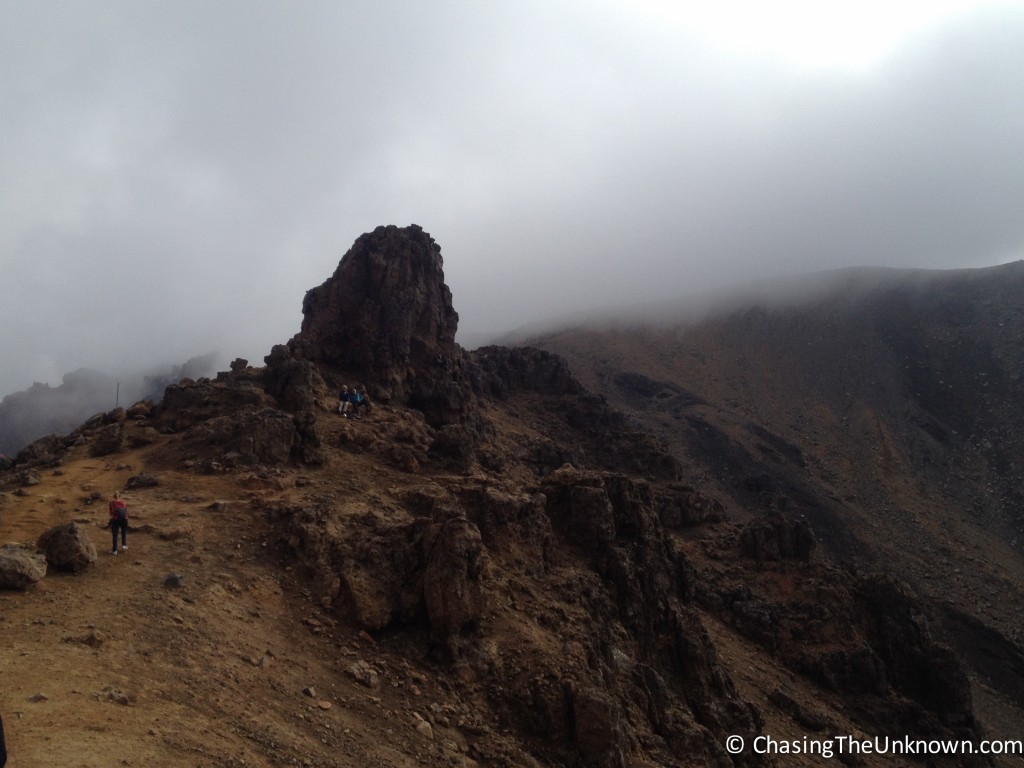 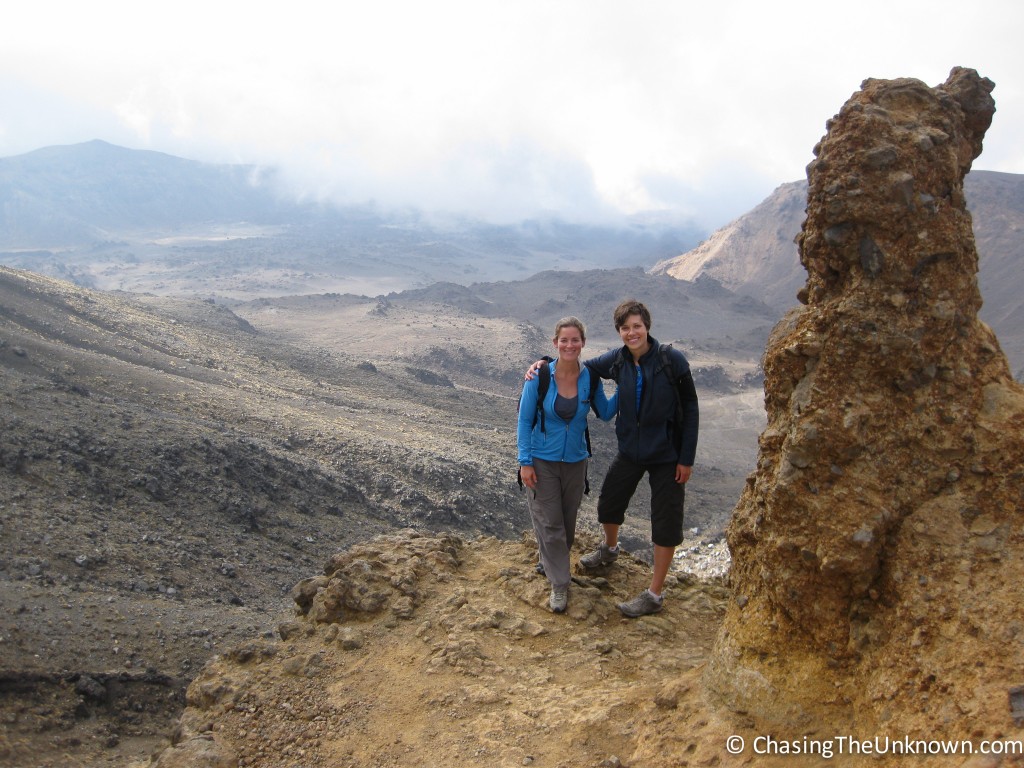 For fans of the Lord of the Rings films, no, we did not climb to the top of Mt. Ngauruhoe (used as Mt. Doom) because we were all completely freezing at the start of that side trip and the cloud cover was so thick a decent view was unlikely. We did, however, find ourselves in a hostel that evening where people gathered around the television to watch the first of the trilogy. 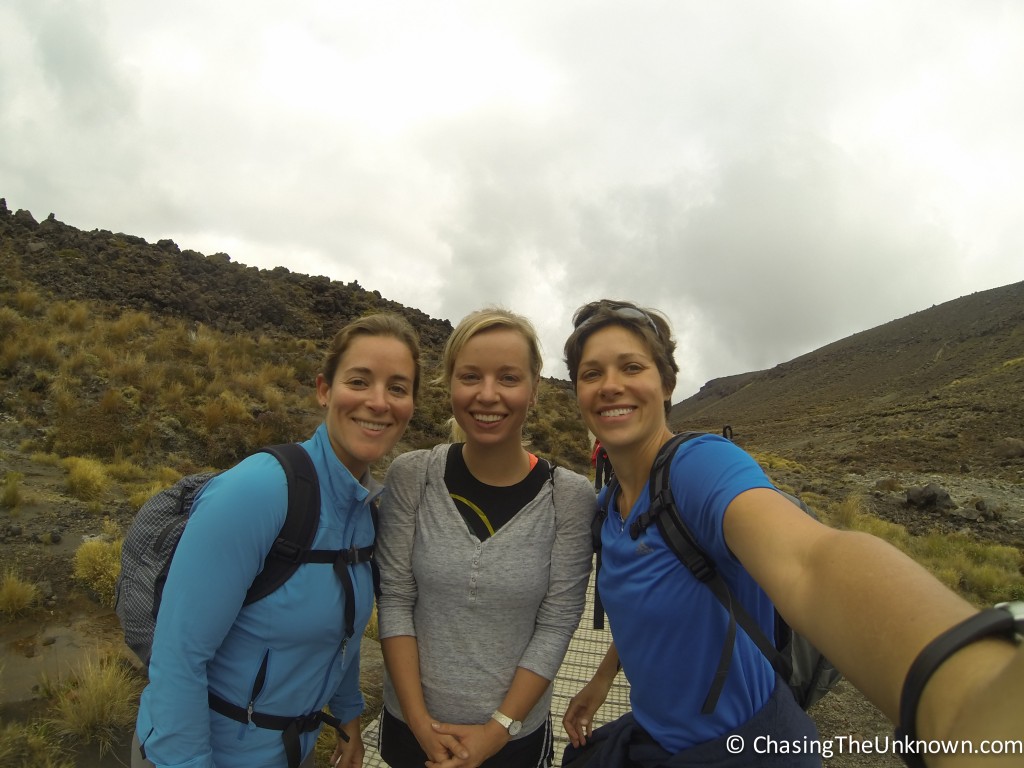 With its steep climbs and stretches of uneven footing, hiking the Tongariro is tiring but if I had the chance, I’d do it again.