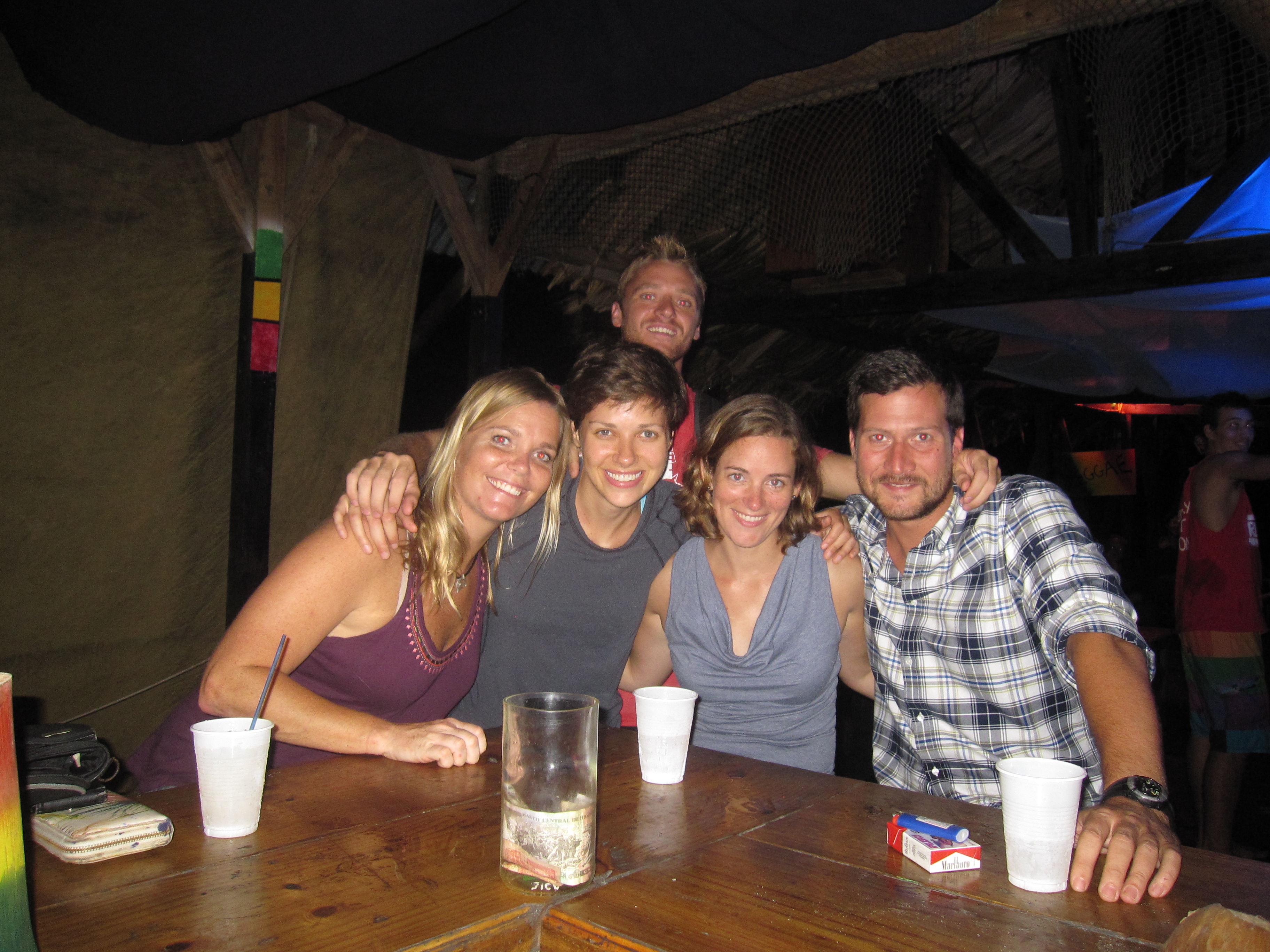 Jordan and Zach boarded the plane from Atlanta to San Pedro Sula right behind us and sat down across the aisle. Zach and I exchanged words once during the flight but nothing of substance. Weeks later, we were sharing an apartment on Utila, talking about diving, travel, and the cheeky monkey who lives in the apartment building.

Zach and Jordan came to Utila booked into an Instructor Development Course with UDC and slated to take the PADI Instructor Exam in November. In one sense, ours was an unlikely friendship: they’re 19 and 20 years old, putting off university and making the most of their youth. They met in Thailand where both became Divemasters and at some point, took a liking to one another. Despite the typical roommate issues of dishes in the sink and who takes too long in the bathroom (me, I admit it), we enjoyed living with and getting to know them. At times, our age difference was apparent but when you’re traveling, this doesn’t seem to matter much. We were two couples leaving our homes in search of adventure and making lives for ourselves. They’ve headed off to Thailand now along with our new friend, Greg.

Greg is one of the most unique people we’ve ever met. He spins fire with grace, travels with a small arsenal of tools one finds very handy if trying to survive in the wilderness, built himself a better spear for lion-fishing than anything we’ve seen in Honduras, gets away with calling me ‘Girlie,’ and can free-dive below 100 feet. At 26 this was his first time outside of the U.S. but his calm demeanor and significant abilities make him seem older and worldly. Greg, who only met Jordan and Zach a few days after we all arrived on Utila, is now in Thailand with them, hopefully making money by teaching poi or freelancing as a Divemaster.

I could go on about the many wonderful people we’ve met on Utila but this will wind up so long no one will read it.

Friendships made on the road are hard to maintain and there’s always the question of whether these are situational friendships, impossible to continue outside of the travel bubble. With Jen on Facebook, we can keep at least loose contact with many of our new friends. But a few, like me, have resisted Facebook and I can only hope that we manage to keep in touch. And of course, Jen and I are not the same person: we each have people we’re closer to than the other. Only time will tell whether we can maintain any of these relationships but I truly hope we can. It’s a small world and with so many of us on the move, there’s always a chance of bumping into someone down the line.

If you’re someone we met on the road, or an old friend from home, please leave us a comment, send us a Facebook message, an email, find us on Twitter, or keep talking to us. As our time in Honduras winds down, we’re already missing you.