A few weeks ago, I rode a bus across the tarmac at Cancun International Airport and stepped off outside a plain white airplane. There was no airline logo or company name, no horizontal stripes along the body or color on the tail. There were small markings that I couldn’t read from my position as I boarded but they appeared to be of the necessary regulatory sort, a short string of letters and numbers meaningful to those who understand aircraft registration codes. Other than that, the plane was unmarked. I was heading into this trip with a very open mind but I expected our plane to look like this one seen upon landing at Havana’s José Martí International Airport:

Our Airbus A320 had safety cards providing information in five languages: English, Italian, Spanish, French, and Russian, in that order. Flight attendants served juice and water in plastic cups the size of those provided in U.S. dental offices for rinsing polishing paste out of your mouth after a cleaning. The plane wasn’t full and carried, I think, more foreign visitors than returning residents. This Cubana Aviación flight from Cancun to Havana was, in many ways, the perfect introduction to Cuba.

It’s a country with limited private commerce where shops have little or no exterior signage so an all-white plane isn’t surprising. Vehicles that would have been retired decades ago elsewhere are kept on the roads in Cuba through ingenuity and resourcefulness. 1950s American cars and Soviet-era Ladas fill the streets, some touched up with house paint; old Chinese trucks and buses are run with boat engines; and tires appear to be a common item to check as luggage on flights into the country. Cars and buses used for tourists are all in acceptable working condition, although some are more aesthetically pleasing than others. Our aircraft and its safety cards were old hand-me-downs but the flight was uneventful and I never felt unsafe. 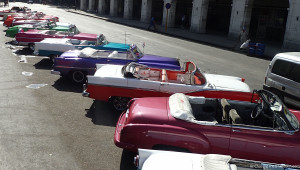 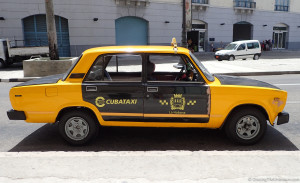 Over the course of twelve days in Cuba I was constantly aware that things run differently there. Areas that draw high numbers of tourists, instead of being lined with touts pushing poor-quality t-shirts and shops selling cold bottled water alongside overpriced postcards, may have one shop that sells rum, postcards, Che Guevara paraphernalia, a few small leather goods, and ice cream bars. There are exceptions but on the whole, shops and entrepreneurs catering to tourists are low in number compared to developing nations such as Cambodia and Myanmar.

Not only that, but shops selling household goods and groceries are few and far between. These are government-run stores where Cubans comprise the bulk of the customer base and foreigners stock up on bottled water and any snacks or other food items they can find on the often empty shelves. In large stores, all bags must be turned in at the entrance and sacs of purchased items are checked against your receipt at the exit. Small shops keep wares behind the counter so even buying a 25 cent package of saltines requires asking the clerk to retrieve one.

There are no billboards advertising products but plenty of paintings and signs lauding Cuba’s national heroes: José Martí, Che Guevara, Camilo Cienfuegos, and recent leaders: Fidel and Raúl Castro. Privately run restaurants and casa particulares (lodging for visitors in the homes of residents) don’t advertise. Indeed, advertising of any form is rare. 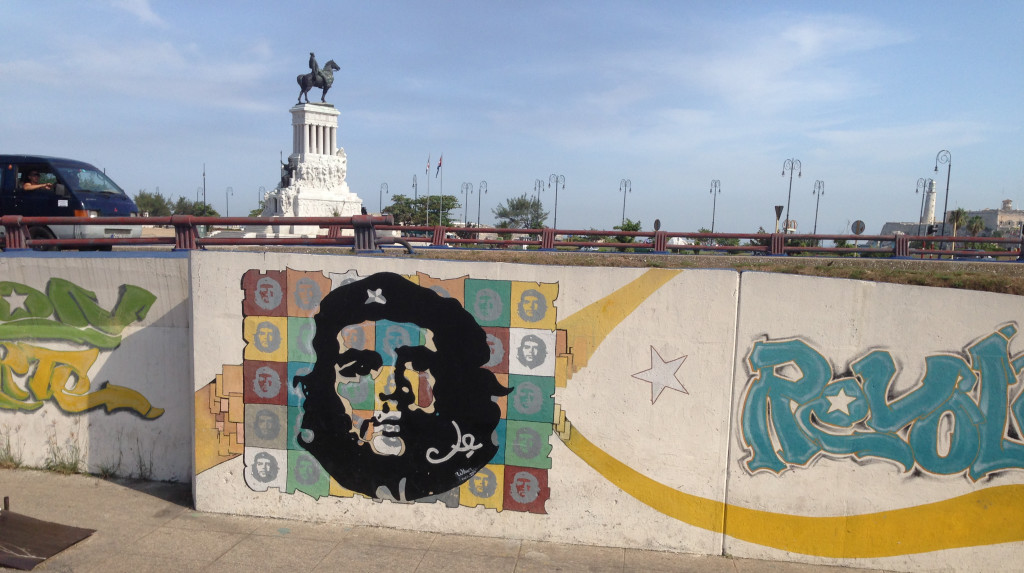 It isn’t just commercialism that’s missing from so much of Cuba, it’s commerce. Huge swaths of arable land lie fallow. Buildings that were likely built to house storefronts on the ground floor are falling apart or converted to residences. When buses that are permitted to transport foreigners stop along the highway for a comfort break or at a station to drop off and collect passengers, no one stands outside the windows or hops on to sell bottled water, snacks, or fruit. Hotels don’t have gift shops but at the larger ones in Havana, state-run stores share the grounds and cater to foreign visitors with sales of perfume, rum, and cigars. Taxation on private business is high and regulations are strict. While entrepreneurs who develop a market among tourists can be well paid by Cuban standards, it isn’t an easy road to success, and wealth as we think of it is unattainable. The lack of overly vocal salespeople hawking crap to tourists was refreshing but knowing that becoming an entrepreneur is a significant challenge under even the more relaxed regime of Raúl Castro, and that goods we take for granted elsewhere can be hard to come by for reasons that go beyond the scope of this piece, was depressing.

After our plane landed (more than an hour late) and we cleared immigration, we waited an hour for luggage to arrive. People we met a few days later said they waited four. Everything arrived but these are long waits in a minimally air-conditioned building in August packed with antsy people. Delays like this are common. Waitstaff are slow to take orders, deliver food, bring the bill; buses leave late after passengers wait in long lines to check in and receive a boarding pass then another line to check luggage. Although not all experienced firsthand, I’m told that one waits for everything in Cuba: housing, building and repair supplies, medical appointments, monthly rations, the delivery of water for bathing and cleaning, the list goes on. And as for air-conditioning: at least there was some. Two major art museums are closed for the entire month of August because of insufficient air conditioning and in another, where air conditioning is installed in only two rooms, works of art more than a century old are left exposed to sunlight and wind-driven rain near open windows. 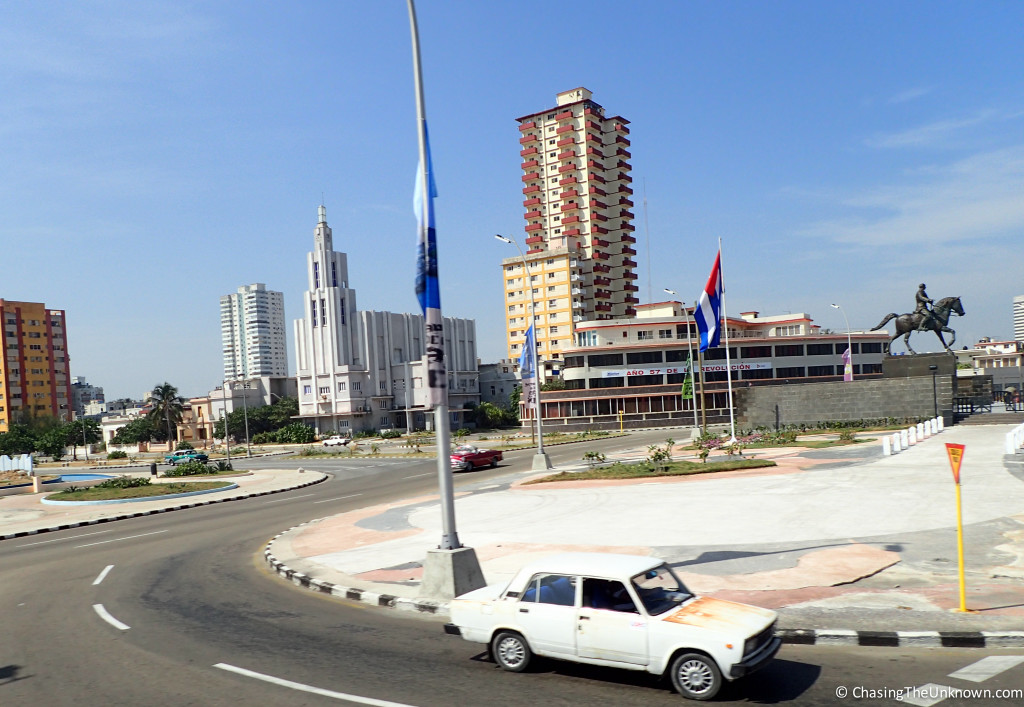 What we experienced as foreigners was a mere glimpse at what Cubans are accustomed to and I won’t pretend to understand their plight. What I do understand is that Cuba is a unique place, one that I’ll do my best to write about but will never fully grasp. I’ll write a few posts here about Cuba but if there’s something specific you want to know, please let me know in the comments so I can do my best to cover it.

10 thoughts on “Arriving in Cuba: A Land Unlike Any Other”