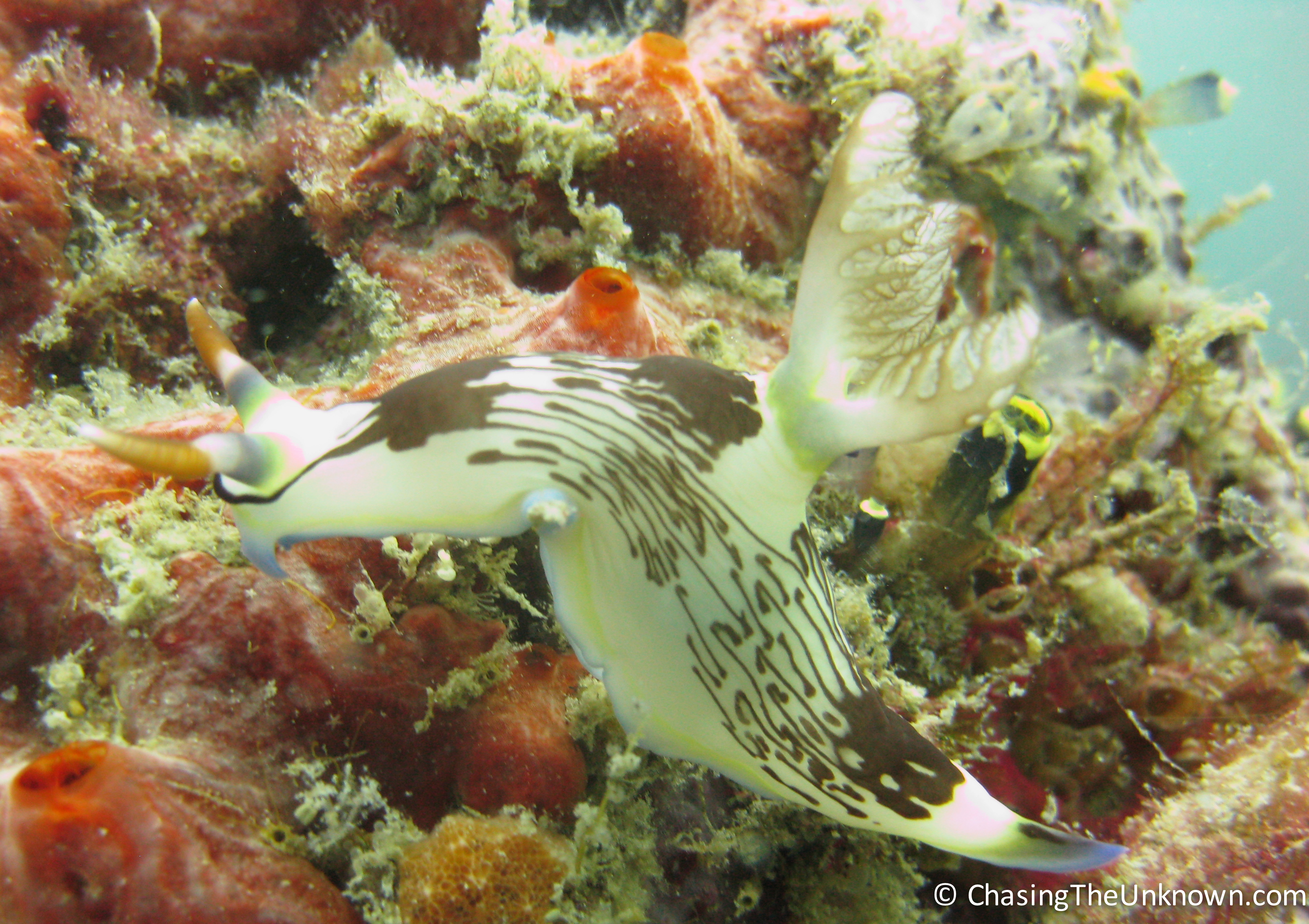 The short list of must-visit places I had for the Philippines when I arrived in December ended with Coron, a place I’d read about more than fifteen years ago. It has the same stunning limestone cliffs as El Nido and apparently some beautiful beaches but neither of those had any appeal for me. I was there for one reason: WWII shipwrecks. I’m not a war buff nor a huge fan of wreck diving but I wasn’t going to leave the Philippines without finding out for myself what all the fuss is about. And now I get it.

Over the course of my diving life, I’ve seen maybe a dozen wrecks but until Coron, I’d never penetrated one (yes, that’s the correct term). The inside of a shipwreck is dark, there are numerous obstacles to contend with, silt can be kicked up easily if buoyancy isn’t very well controlled, and being in a confined environment adds a level of danger to this already hazardous sport. Years ago, I wouldn’t have been comfortable taking that risk and even now, I’m only willing to do so with professionals who have significant experience with the wrecks they’re taking me into. I didn’t take many pictures inside the wrecks: light was tricky and with two divers behind me, I didn’t want to lose sight of the divemaster in front while I adjusted camera settings and framed a shot. So this one exiting the Akitsushima is all I’m going to share of those I took within in a wreck.


There are twelve Japanese shipwrecks around Busuanga, the primary island of Coron, all sunk in the fall of 1944. Most of them on September 24, 1944, when 22 American dive bombers with 96 fighter escorts swooped down and opened fire, dropping bombs and laying waste to a fleet of Japanese cargo ships, freighters, transport vessels, oil tankers, and a seaplane tender. I dove the Olympia Maru, a cargo ship that took repeated hits and sank from the stern with crew members still on board; the Morazon Maru, a cargo vessel about which I don’t have much information; the Akitsushima, a seaplane tender that attempted to defend the Japanese fleet but sank quickly after an American torpedo pierced the port side hull, splitting the ship wide open; and an oil tanker, Okikawa Maru, which burned until October 9 when a second US air strike sent it to its current resting place.
While I loved each dive, the Okikawa Maru will forever haunt me. The ship is 160m (175 yards) long, the largest of the Coron wrecks, and sits in 26m (85ft) of water with the main deck at 16m (52ft). Current is often strong outside the ship while inside, visibility extends only to the edge of each diver’s light. Lobsters have taken up residence within while nudibranchs and scorpionfish cling to the coral-covered main deck. Although penetration is easy, maneuvering through dark narrow passageways – some so tight a broad-shouldered man will bump the sides – requires control and a mental state that is simultaneously calm, vigilant, and appreciative of the surroundings. But the true beauty of diving the Okikawa isn’t the confidence gained by successfully navigating it without disturbing silt or other divers or finding tiny nudibranchs on the main deck while fighting a current. It’s something much harder to pinpoint and nearly impossible to put into words. There’s a feeling within the Okikawa of tragedy, otherworldliness; a heaviness permeates the water in a way I’ve never experienced. To the best of my knowledge, no one died on the Okikawa and it doesn’t feel haunted. But it does feel, well, different. I wish could better articulate the experience but I can’t. So all I can do is urge any diver looking for a unique experience to seriously consider a trip to Coron. Dive as many wrecks as you can, safely and respectfully, and see a piece of WWII history unlike any you’ll find on land.