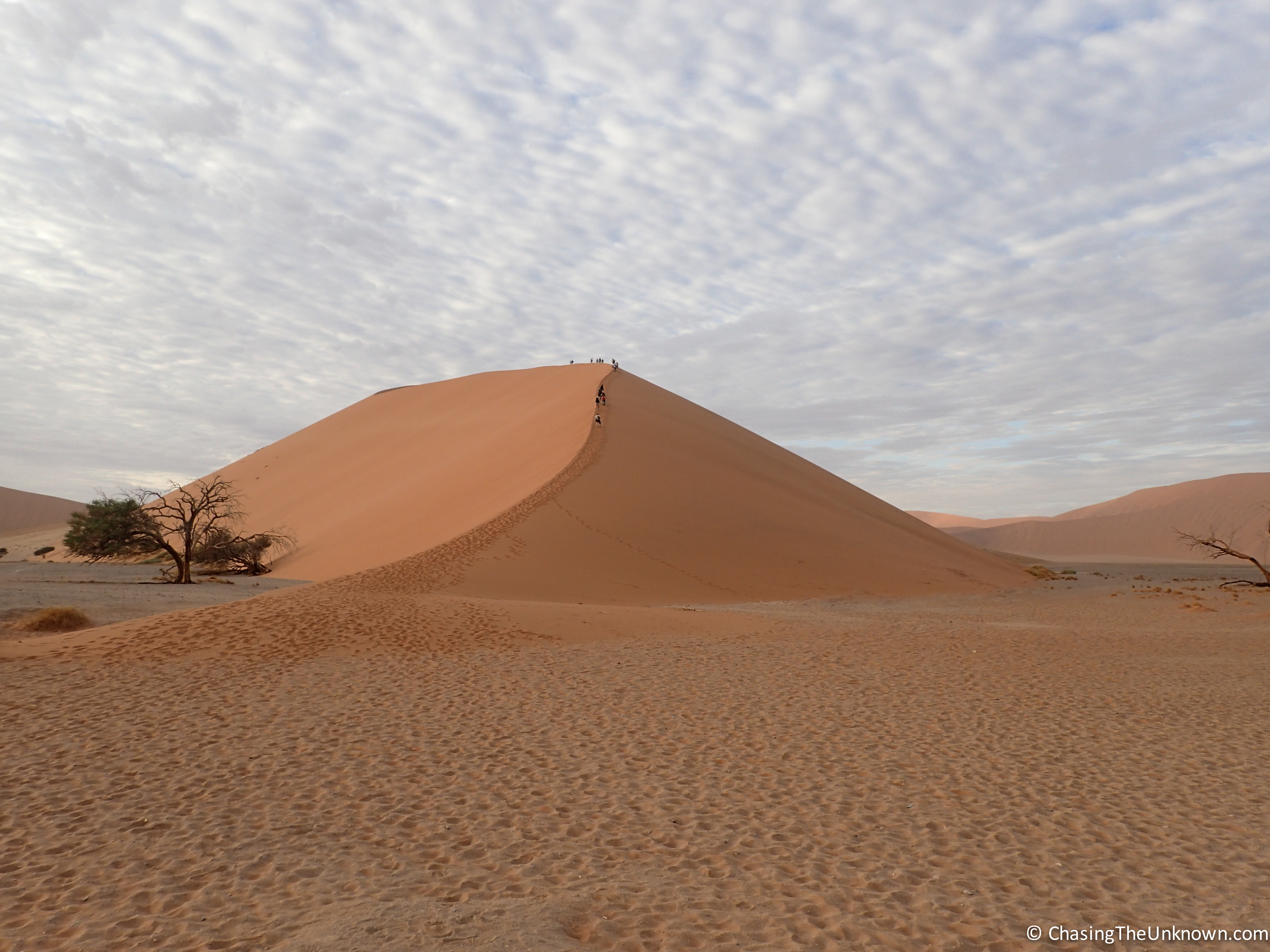 When I flew to Africa last year I had a few ideas of where I might travel but knew that there was no point in making specific plans. My path would be determined by experiences had and people met along the way. Getting to Victoria Falls and connecting with friends in South Africa was a must, as was diving in Tofo and anywhere else I could. Other than that, I’d let the path unfold before me. I read a little about each country in Southern and Eastern Africa, enough to know generally what might entice me to each one, and there was only one that didn’t really grab my attention: Namibia. It’s known for deserts, German colonial architecture, and being a nation where a vegetarian can easily go hungry. But from the moment I arrived in Maputo, people told me I should reconsider. As time passed and more travelers raved about it, I opened myself to the possibility.

Namibia is a country best seen from a 4-wheel drive vehicle (referred to in these parts as a 4×4) with a tent and the freedom to explore on one’s own time. Public transportation options are limited and tours aren’t exactly my cup of tea. So I didn’t really think I’d get there but then the unexpected happened. A woman I’d met diving in South Africa threw out the idea of us going together. Her car is a sedan but she was happy for us to take it as far as we could. If we needed to hire a 4×4 at some point along the way, we would. She had access to camping gear we could use and a network of friends who had books and maps to loan us. I did a little research about where I might want to go but my preparation mostly consisted of practicalities. I studied maps and scoured internet forums for updated information about what roads were suitable for a 2-wheel drive sedan, where the fuel stations were, just how bad the gravel roads were likely to get in the rainy season, how much wine we were permitted to bring across the border, whether I’d be allowed back into South Africa at the end of the trip having used my initial 90 visa-free days, and other dull but necessary subjects. As a result, I had no real concept of what Namibia would actually be like. People had told me that it’s incredible, amazing, wonderful, etc. but no one really provided specifics. So when we left Cape Town in early February my mind was open, my expectations nearly non-existent.

What followed was one of the absolute highlights of my life. Day after day I was blown away by what I saw and experienced. We drove more than 10,000 kilometers, saw the country from south to north, west to east, and even extended the trip into Botswana and over to Victoria Falls. We went everywhere a sedan can go and a few places that pushed the car to its limits. In subsequent posts I’ll do my best to capture what was so magical about my time in the land formerly known as German South West Africa. Hopefully a few photos will do justice to the beauty of this harsh land and its fantastically adapted plants and animals. Ultimately, I fear that words will fail me. Namibia is unlike anywhere I’ve been and the time I spent there has enriched my life in a way few experiences have.

To avoid the suspense, I’m posting from Cape Town, having been granted more time in South Africa; this vegetarian ate quite well the entire six weeks; we never ran out of fuel; we only changed one flat tire; and although we barely knew each other when we agreed to the trip, my travel companion turned out to be one of the best I’ve ever had.