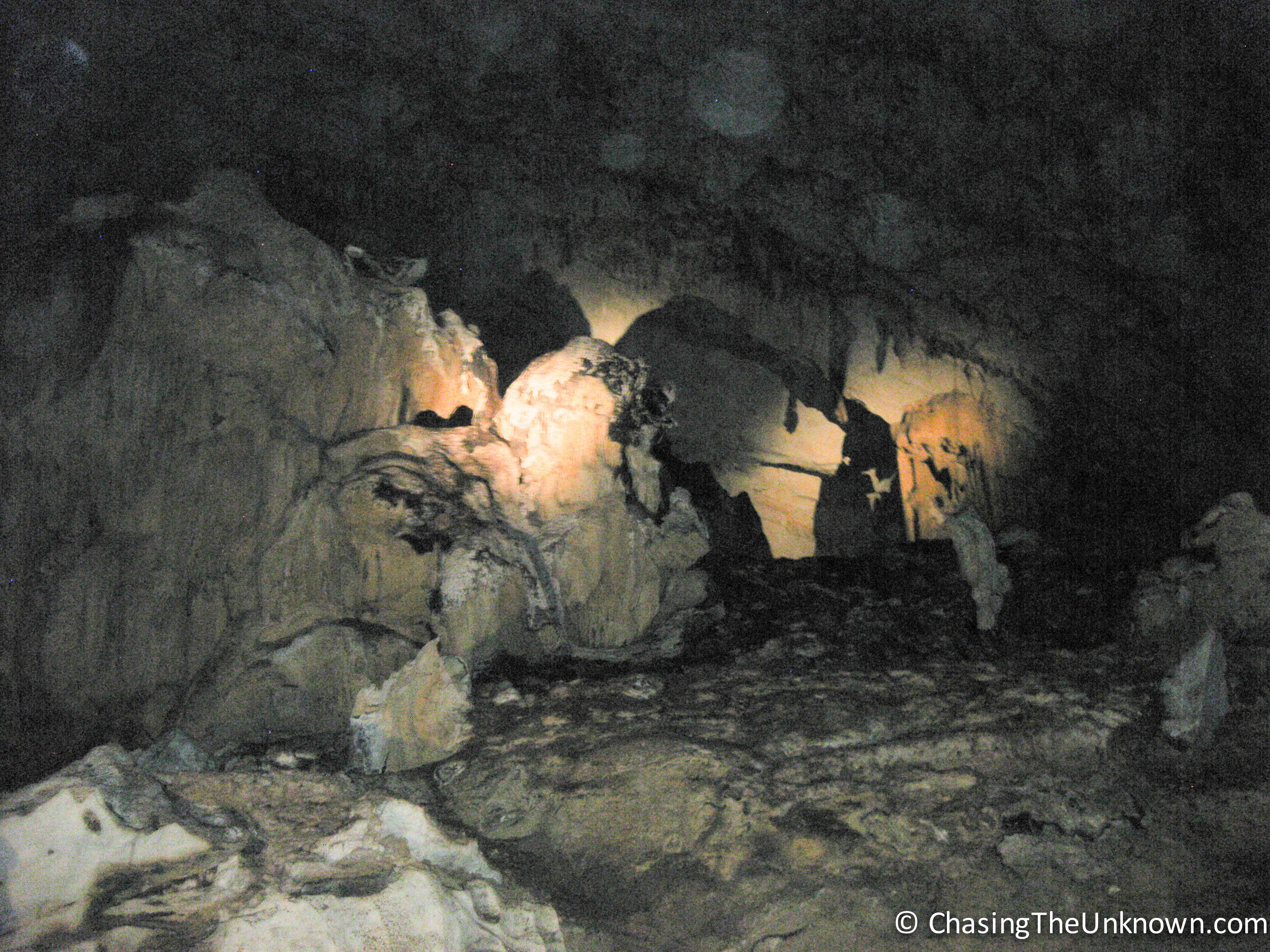 Having sped through Kong Lor cave in a longtail boat in Laos and wandered on foot through countless caves in New Zealand and multiple SE Asian countries, I wasn’t entirely convinced that the Underground River in Palawan would live up to its hype. But to be in Puerto Princesa and not check out this place, voted one of the New 7 Wonders of Nature, would have been a wasted opportunity – especially as I’ve now been to four of those seven. 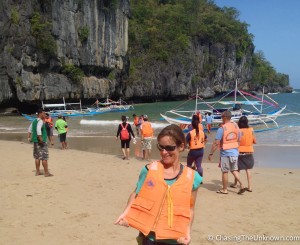 And while the cave is beautiful, the experience of visiting leaves something to be desired – unless you like long waits in the sun and wearing stylish life jackets, that is. Because a permit is required to visit the cave, advance planning is necessary if you want to visit “independently.” And even then, you’ll have to jump in a boat filled with other tourists and listen to a local boatman’s repertoire of well used jokes. For those like me who fail to plan ahead all that much, joining a tour out of Puerto Princesa is the easiest option. The Underground River is reached from Sabang, around 50 km (31 miles) northwest of Puerto Princesa. Despite the short distance, it takes between one and two hours to get there given the winding roads. In Sabang, tourists gathers at the pier while tour guides or individuals who have secured permits wait their turn for the first of two boats necessary to reach the cave. There’s little shade and guides plunk their groups in chairs, ordering them to stay put so they can be located when a boat is ready.

Once dropped on the beach near the cave, it’s an easy walk to the next wait for a boat at the entrance to the cave. Here, in addition to the life jacket the guides repeatedly instruct everyone to wear at all times, one gets the joy of donning a hard hat. This is, allegedly, so that we don’t complain about guano droppings from the bats or water dripping from the roof of the cave. Nearly everyone on my boat – myself included – removed her hat once inside the cave. Unlike Kong Lor, there are no areas fitted out with lights and tourists are not permitted to disembark and explore any part of the cave on foot. Photos are virtually impossible to get from an always-moving boat in which one person has a flashlight and shines it where the guide instructs. The stone formations are quite striking and the huge “cathedral” is jaw-dropping.

The boatmen who work as guides all seem to have a good sense of humor and the friendly Filipino way of bantering with each other and tourists. Their routine involves describing rock formations as depictions of Jesus, the Virgin Mary, the last supper, a full nativity scene, or anything else biblical they can arguably proclaim; reminding tourists to keep their mouths closed when looking up to avoid tasting bat shit; and answering legitimate questions about the cave and river. The guide to whose boat I was assigned had a particular flair for music and at one point, whistled nearly a minute’s worth of My Heart Will Go On. He also dutifully informed us that the river is 8.2km long, flows directly to the sea and is thus influenced by tides, that stalagmites grow from the ground up while stalactites from the ceiling down, and that a fossil of a sea cow – or was it a sea lion? – was found in part of the cave. Although he was a bit sketchy on the difference between a sea cow and a sea lion, he kept us laughing throughout the hour-plus ride.

Once out of the boat, it was another wait on the beach for a banka back to Sabang pier then a bizarre wait on the boat at the pier. If there was a system for returning boats to dock, I couldn’t figure it out. It certainly wasn’t “first come, first served” but it was more artful than pushing through a crowd. It felt like almost-organized chaos but the guide couldn’t explain how it worked so perhaps it was just plain chaos.

Maybe I’ve become a bit jaded but the entire Underground River experience with its many periods of waiting, bright orange life jackets mandated in 3 meters of water, and hordes of tourists milling about would have been disappointing if I’d had high hopes. I appreciate that the boats don’t use motors in the cave and that the process is as sustainable as they can manage but at the end of the day, it was a group tour. I suspect that had I been able to explore at my own pace and with fewer people, I would have been properly awed by the beauty of this natural spectacle. Even so, to include Palawan’s Underground River in the same category of natural wonder as Iguazu Falls doesn’t seem right to me.

Has anyone been to all seven of these new natural wonders? Do you agree that the Amazon, HaLong Bay, Iguazu Falls, Jeju Island, Komodo, the Underground River, and Table Mountain should be classified as the New 7 Wonders of Nature?

One thought on “Palawan’s Underground River”