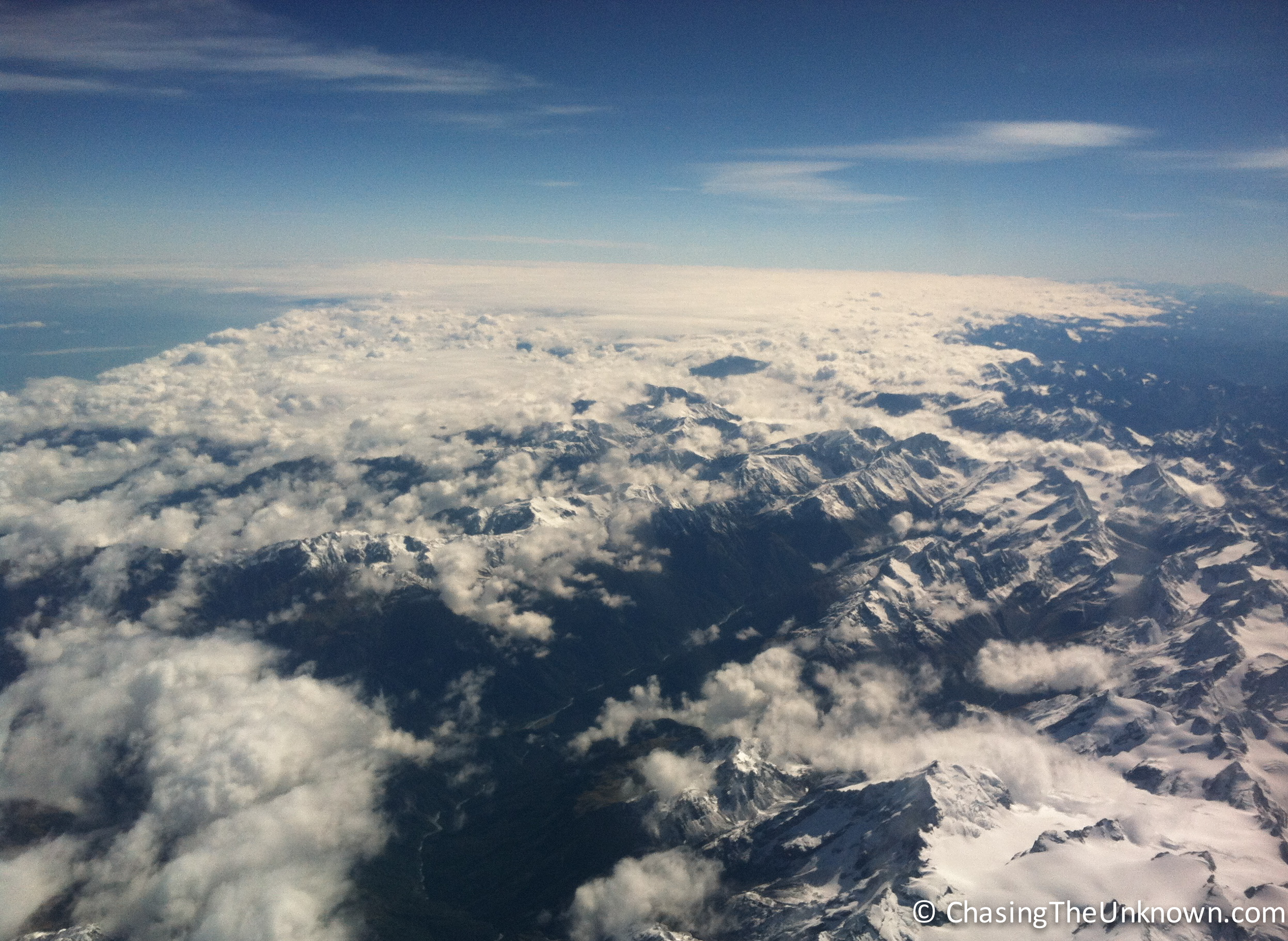 It’s a long way from the east coast of the U.S. to the south island of New Zealand and there are many ways to make the trip. Our way is long. New York City to Los Angeles to Tokyo to Singapore to Christchurch (JFK-LAX-HND-SIN-CHC) leaving on January 21 and arriving on January 24. 16,471 miles over 46 hours and 41 minutes, including layovers. Our layovers vary in length and we have access to lounges at each airport. We’re taking 3 airlines: United, All Nippon, and Singapore. There are, of course, shorter routes but I’m excited about this one. We’re making a huge change in our lives by leaving the U.S. without a return ticket and this itinerary forces us to see the magnitude of that change. 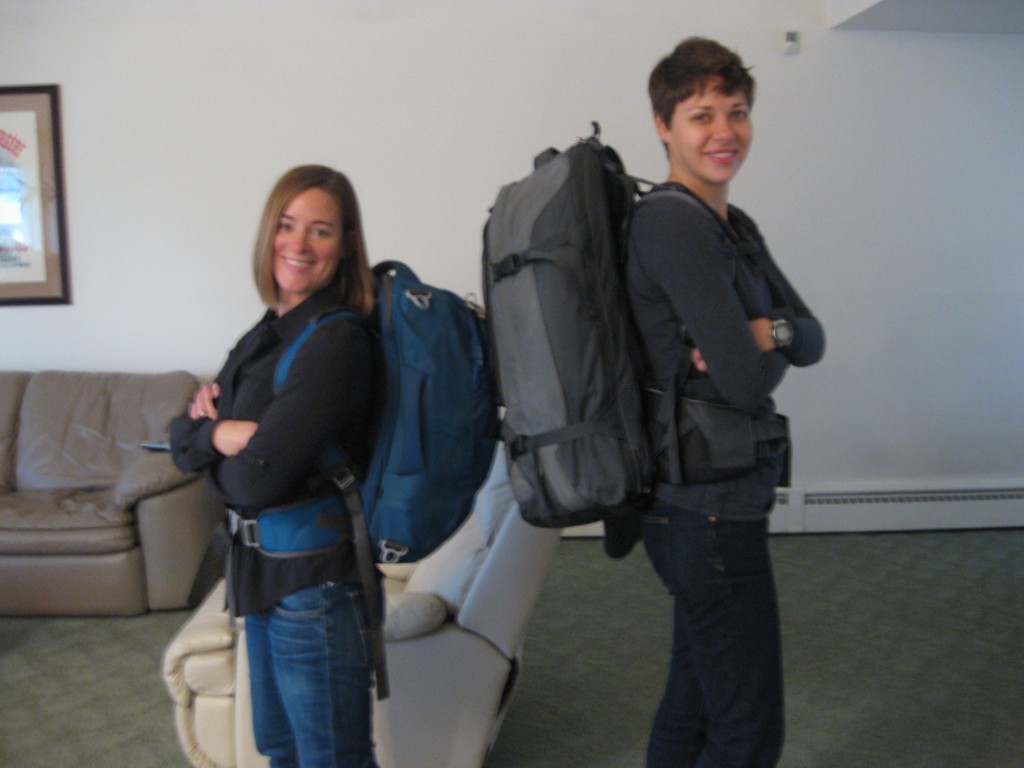 When I was eight-years-old, my family moved from suburban Syracuse, New York to suburban Denver, Colorado. Our belongings were boxed up and loaded into a Bekins moving truck along with my mother’s car. My brother and I piled into the backseat of my father’s company car while he took the wheel and my mother handled the maps. There is much about that trip seared into my brain but some of the details are admittedly mixed up with other family road trips. I don’t remember how long it took but I do remember the stop in Manhattan, the St. Louis arch, some particularly fine roadside meals including one that came to be known as $5 upchuck, and the long stretches of road where the radio stations were terrible. I also remember that my brother or I asked at the outset how many miles it was to our new home and my father feigned amazement that we hadn’t looked it up before we set out. The exact number of miles didn’t matter, anyway. Seeing the vastness of this country, the geographical differences along the way, the varying billboards and radio stations, the changes in greetings, menus, and friendliness, but also the similarities and currents running through our nation – this is what mattered. Until that road trip, Colorado was nothing more than a place on a map and I didn’t understand just how far we were moving and how different our lives would be.

This time, Jen and I have put our belongings in storage and are boarding a series of airplanes. We know a little about where we’re going in the next year but a great deal is uncertain. Our relationship will undoubtedly be tested and we’ll share experiences neither of us can foresee but hopefully we’ll also fulfill a few dreams, make friends, pick up new skills, and make more than a few lasting memories. Whatever happens, it will be life-changing. And I think that deserves a slow start, one with multiple opportunities for opening our eyes to the drastic shift we’re making. So when this post goes live, we’ll be somewhere in the air, working our way across the international date line to the Southern Hemisphere.

For those of you wondering, we paid $50 in booking fees because I had to book over the phone and $73.20 in taxes for a total of $123.20 and used 135,000 United miles for these one-way business class tickets. Those numbers are a total for the two of us. It took me the better part of a day to find the seats and get it booked. Experienced travel hackers may tell you this was a waste of miles and we could have done it for fewer but given how hard it is to find business class award availability across the Pacific on the Star Alliance, I’m happy with our outcome. If you want to know, here’s how I did it:

Step one: check award availability using the ANA (All Nippon Airways) website – this was the most time consuming step as our departure date was flexible and so was our exact destination but piece by piece, I found our flights. Navigating the ANA website for Star Alliance availability is a little tricky but once you’re in the right place, it’s fairly straightforward. I won’t get into the details here as there are multiple resources available online such as Mile Value and Million Mile Secrets for learning to use the site. My years at a travel agency gave me a leg up on knowing where the hubs are, what carriers are in the Star Alliance, and what routes exist but I still use the Star Alliance Route Map and Great Circle Mapper when researching award tickets. I started with a simple search for JFK-AKL, SYD, or MEL as these are all larger hubs than CHC or ZQN. I tried all kinds of crazy routes before I discovered that Singapore Air has a flight from Singapore to Christchurch and that business class award seats were available on a few days in late January. From there it was a matter of getting us to Singapore to line up with that flight. Singapore Air is reputed to be one of the best airlines in the world and I’ve wanted to fly them since my early days as a travel agent. I kept notes of what was available as I found it and detailed the searches I’d done that turned up no availability or connection times that wouldn’t work. Patiently trying one day after another, I found a route that worked.

Step two: try to book it on the United MileagePlus website – I got each of the flights to book individually in separate browsers but I couldn’t get the whole itinerary to price as one award ticket without an error message. By breaking it up JFK-SIN, SIN-CHC I did get a different routing to work but we’d have been stuck on United most of the way. I have no desire to do this when Singapore Airlines, Air New Zealand, All Nippon, and plenty of other airlines are part of the Star Alliance, all with better planes and service than United.

Step three: call United and ask to have it booked – this was painful as the agents have a script they try to follow and they don’t expect a caller to know exactly what itinerary she wants and that award seats are available on specific dates. Breaking an agent from the script always feels a little rude but it saves everyone time and the agent agony so I do it as soon as I can get a word in. For whatever reason, this agent couldn’t get it to book all the way in business class, she could only do it if we took the final leg in economy. This was b.s. as I’d checked for award availability in multiple places and knew the seats were there. So I thanked her, said I’d have to think about it, and hung up.

Step four: take a break then call United again and get a different agent – this one again required a little training at the outset and he was terrible at understanding the dates – we leave JFK late the afternoon of 1/21, leave LAX just after midnight on 1/22 which lands us at HND in the early morning of 1/23. This guy kept screwing up which one left on which date but eventually he figured it out and was able to price the itinerary.

Step five: fork over the credit card number and book it!

Buying these tickets would have cost around $10,000 per person. At best, we could have gotten something for around $8100 per person. Since there’s no way we spent anywhere close to $16,000 to acquire those 135,000 United miles, I’d say we did pretty well. As often happens with airlines and hotel chains, United is changing the award chart so booking our route after February 1, 2014 will cost 160,000 miles. A good reminder that miles and points are to be used and not saved!

What do you think? Would you rather take fewer flights but be stuck in economy? Would you fly United instead of All Nippon and Singapore to save the telephone booking fees?

2 thoughts on “Taking the Scenic Route to New Zealand”