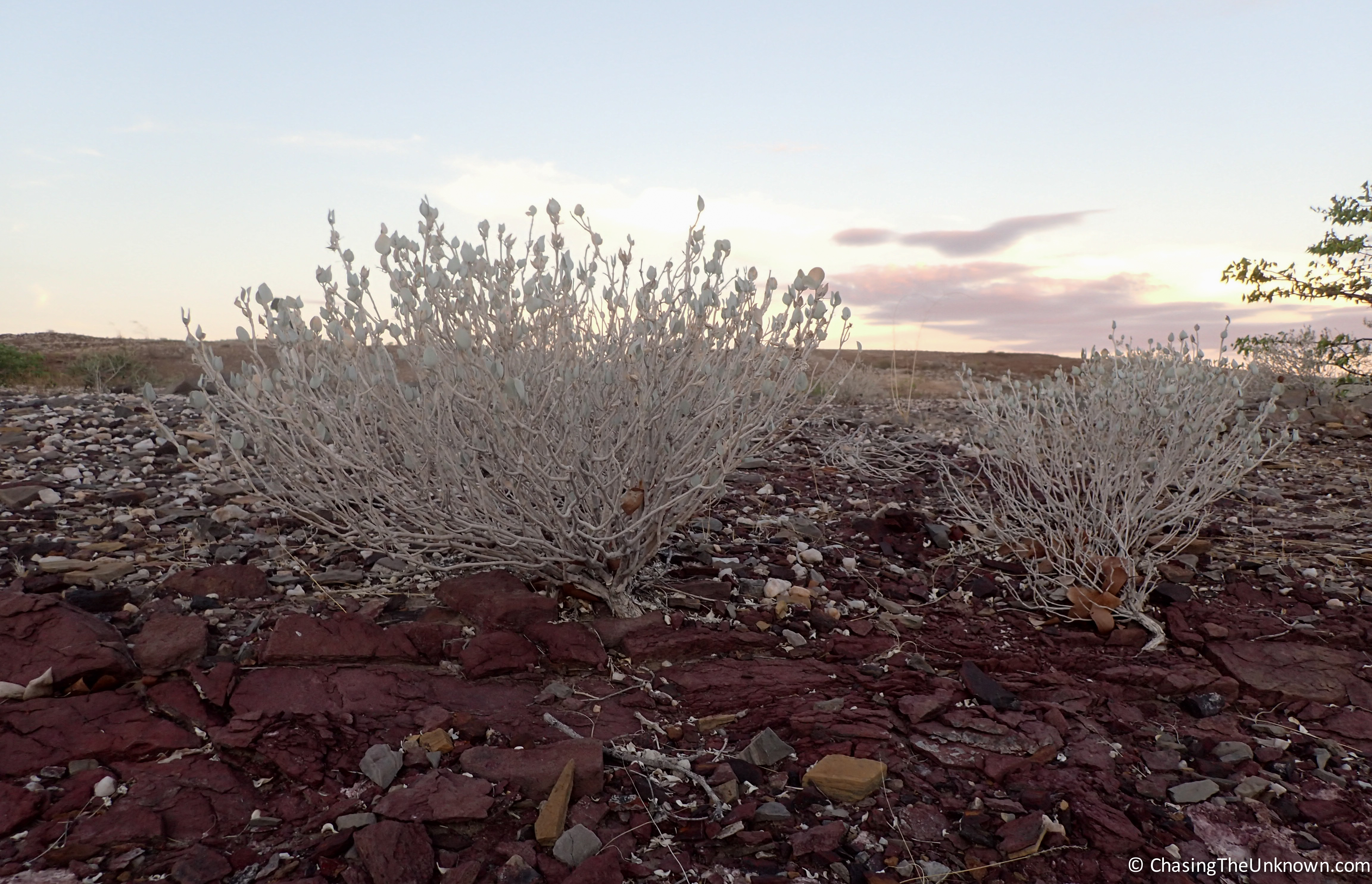 When I set out for Namibia, I figured the only place I’d see wild animals would be Etosha National Park. Maybe I’d see oryx and springbok, almost certainly a few baboons, perhaps a flock of flamingos. But my quick research told me it was the wrong time of year to see desert elephants and the thousand-beast herds of antelope that once roamed the country are no longer. I had no clue what sort of plants exist in the deserts of Namibia other than acacia trees and probably a few shrubs. As it turned out, the wildlife of Namibia amazed and thrilled me day after day. And that’s without Etosha or the seals of Cape Cross, things I’ll cover in subsequent posts. I started this as one big flora-and-fauna wildlife of Namibia post but realized that it would be way too long. So here’s part one, the plants. Next time, wild giraffes, desert elephants, feral horses, flamingos, and more.

I’ll be the first to admit that plant identification isn’t one of my strengths. But even I can identify the unique welwitschia plants and which sex each plant is. Yes, these plants have a specific sex. I’ve read different theories of how the plants pollinate but either the wind or wasps is involved, possibly both.

These incredible plants can live more for more than 1,000 years and it’s still not clear how they get water. The roots aren’t more than 1-3 meters long so it’s unlikely they pull from underground sources – especially as they grow in barren lands. More likely, condensed fog or dew on the leaves drips down to the roots or the surrounding sand and filters through the sand to the roots. Although the older plants look like a tangle of leaves, there are only two. The leaves are shredded by wind as time goes by, making the plants seem more luxuriant than they are.

While the welwitschia is probably Namibia’s most famous plant, the quivertree is a close second. These aloe plants were given their name because San Bushmen allegedly used the branches for arrow quivers. We saw the greatest concentration of quivertrees in – wait for it – the quivertree forest. But the trees grow throughout southern Namibia and we frequently saw a few up rocky hills along roadsides. 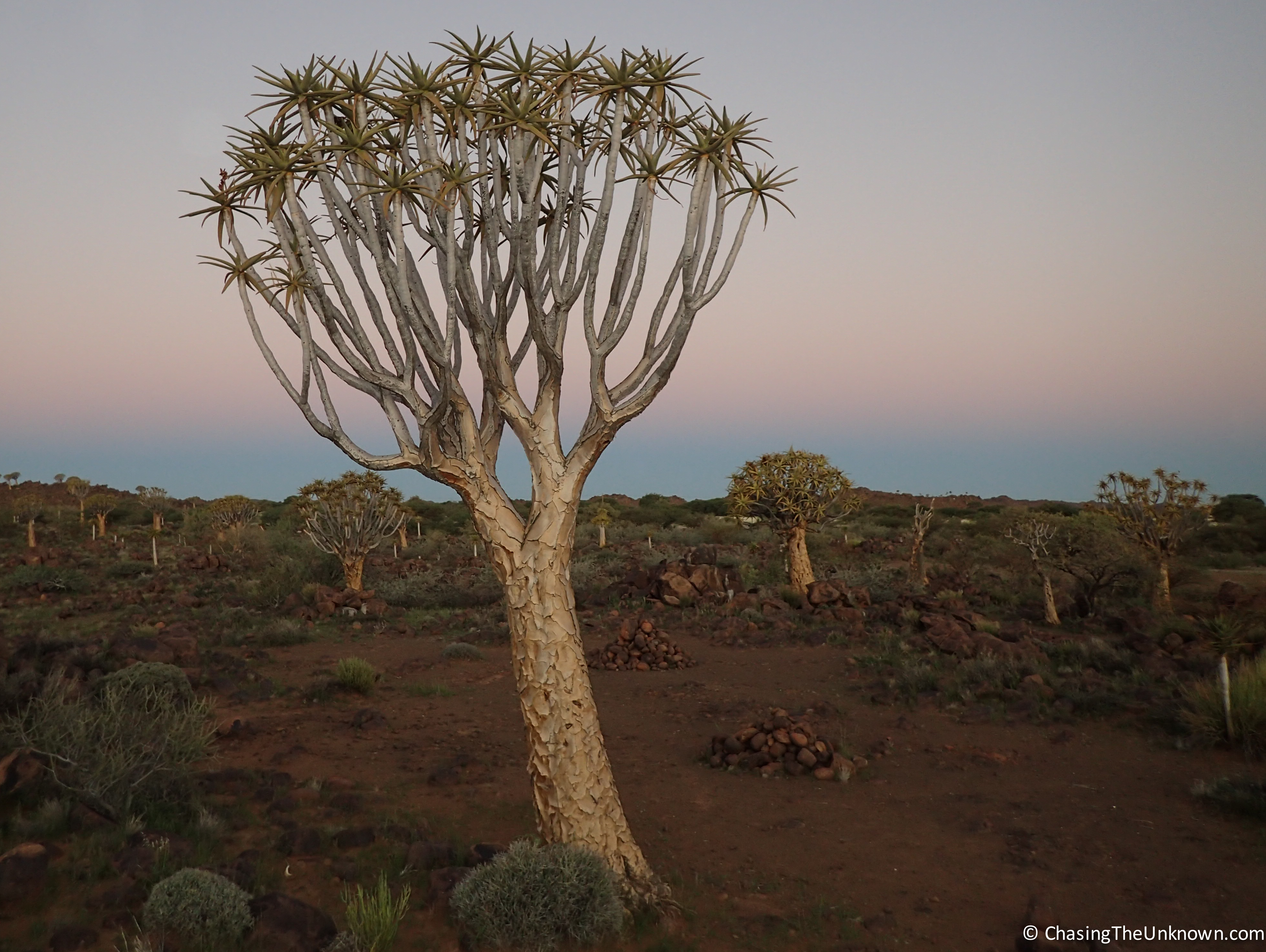 Then there were the plants that surprised me. Walking in Gondwana Sperrgebiet Rand Park near Aus, a place that looks like this: 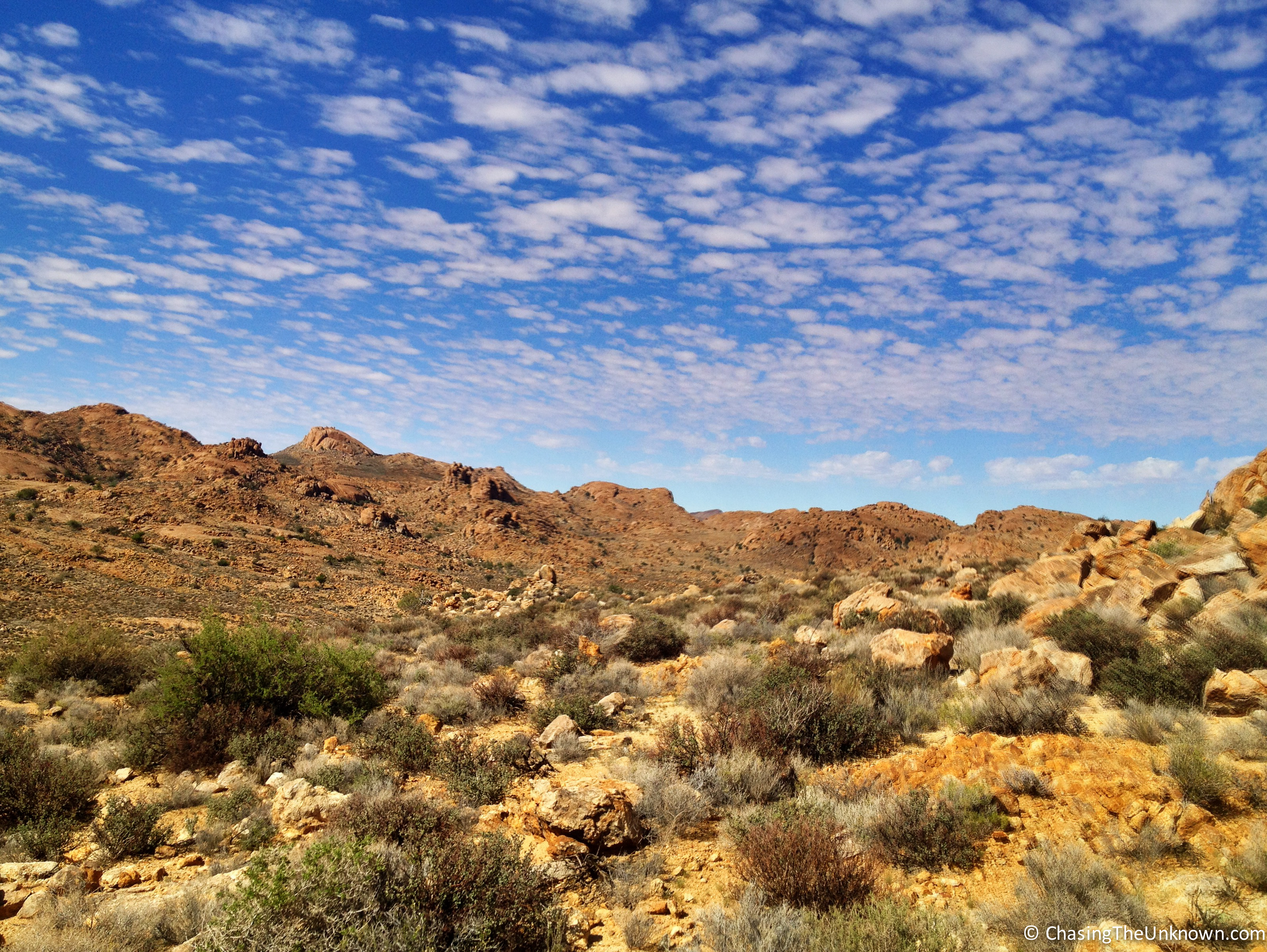 I suddenly came across this vibrant green plant, the name of which I still can’t find. 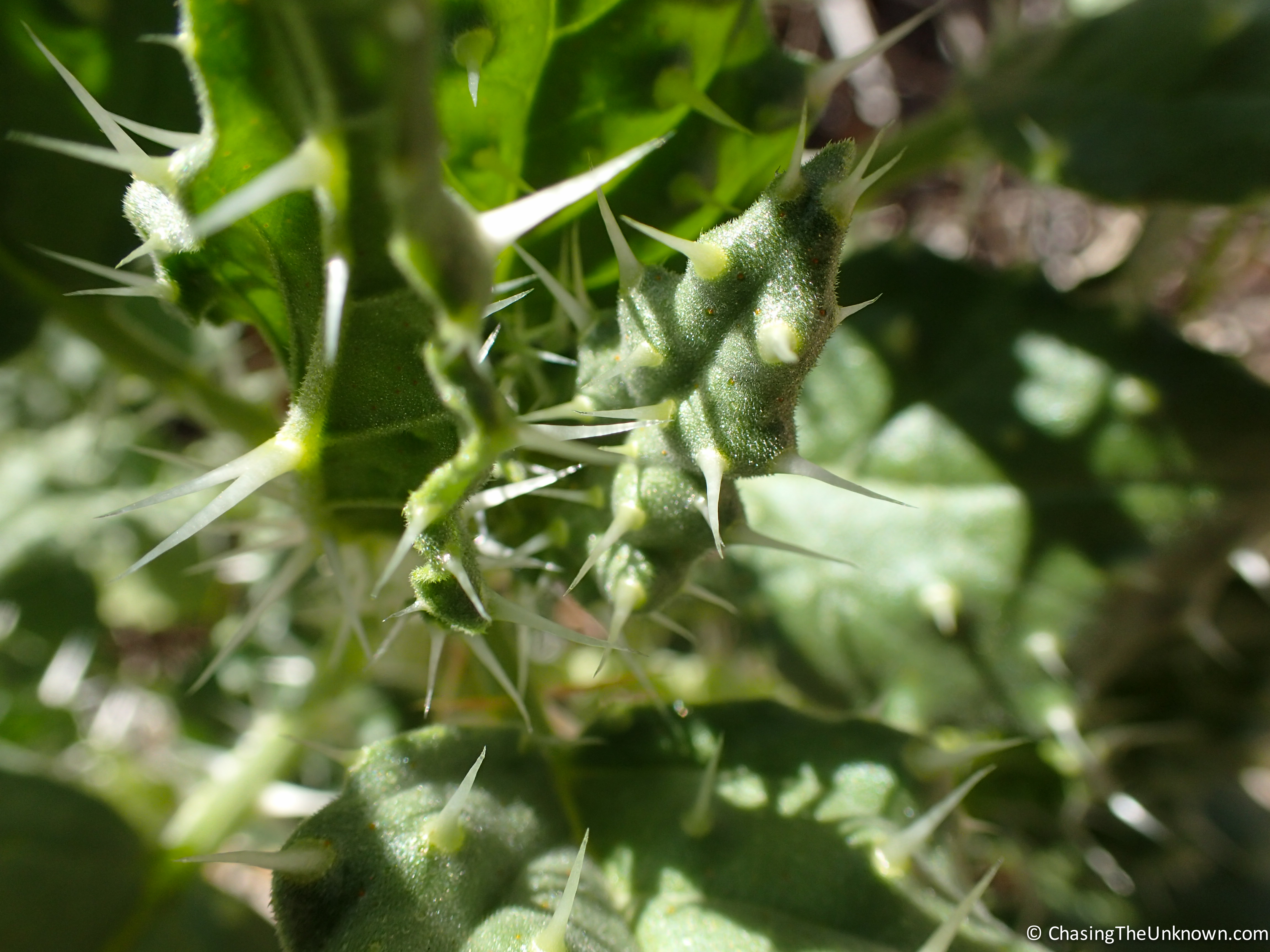 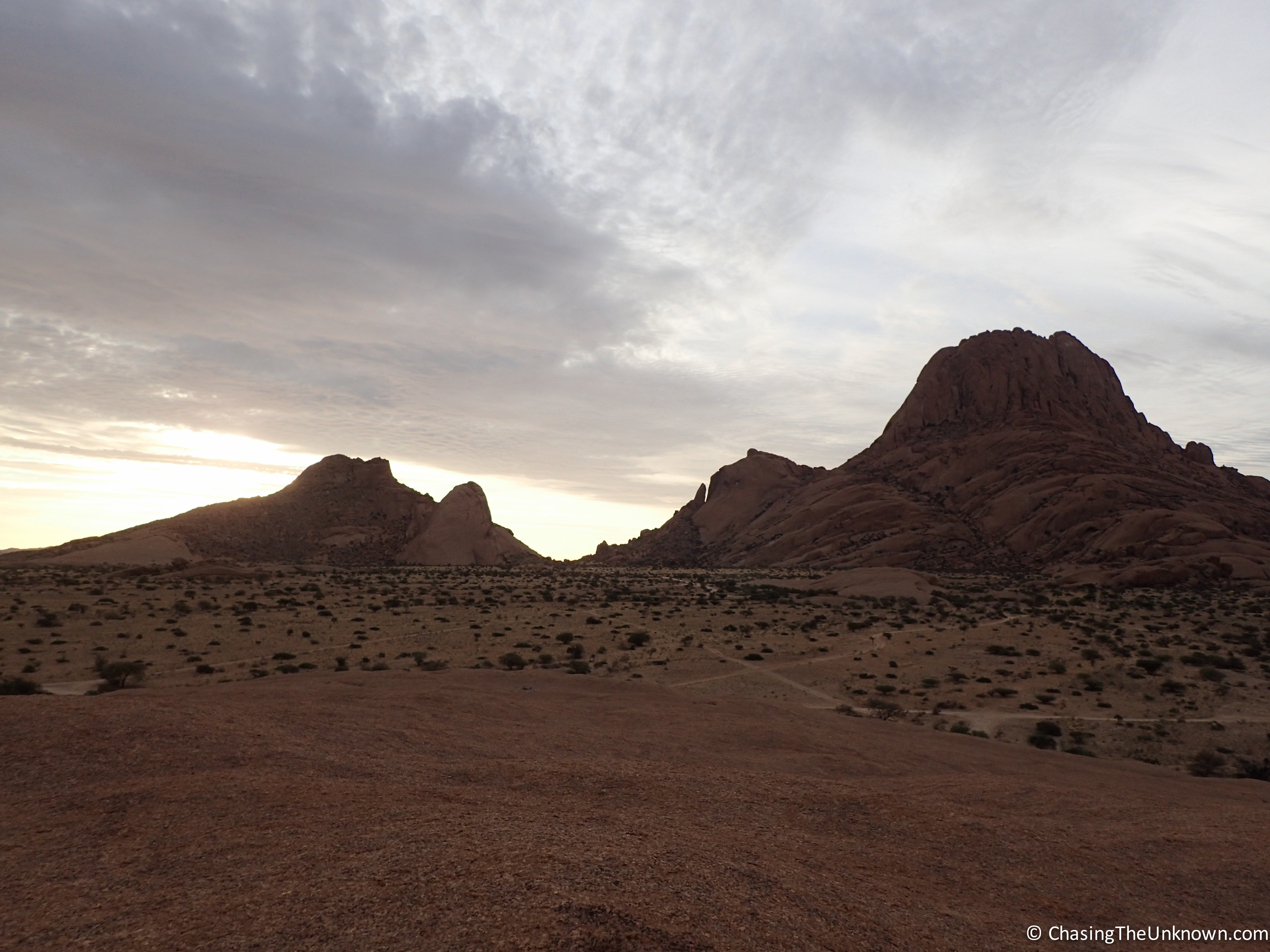 There were suddenly these plants: 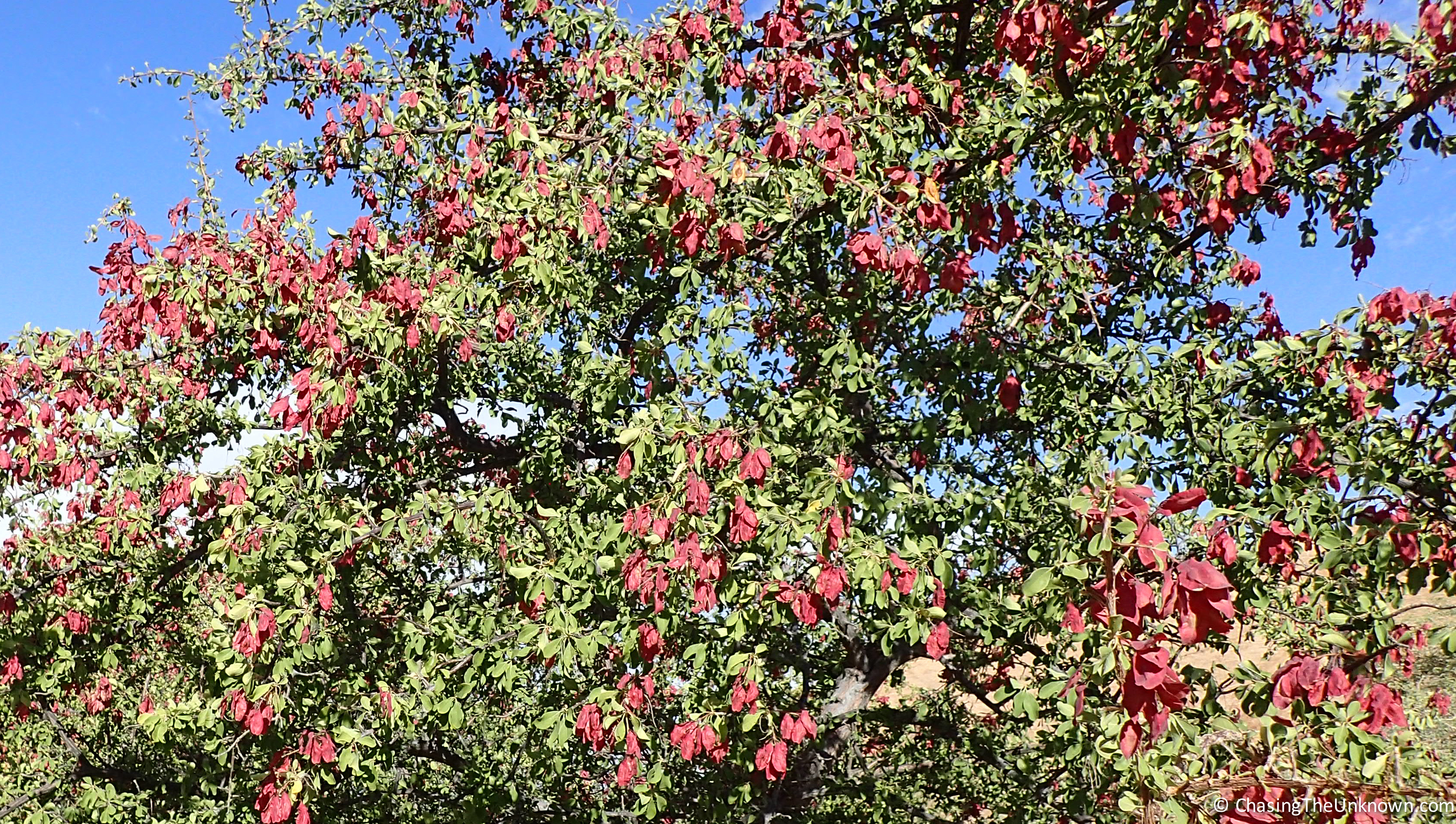 The lush north of the country including the area now referred to as Zambezi (previously the Caprivi Strip) is entirely different.

There’s far more Namibian flora than I’ve shown here. In times of heavy rain, there are vibrant purple blooms blanketing stretches of desert. I didn’t see those. There are other plants that I saw but failed to capture on “film:” huge wild mushrooms in the north, little yellow flowers in the south, sunflowers, fig trees, various cacti, rows of date palms, and many that I’ve forgotten. Then there are the grape vines, the date palms, and the other commercially planted flora. Before you ask, most of those grapes are for eating. Stay tuned for a post on wine tasting. But next up, Part 2 of the Wildlife of Namibia: Fauna.

4 thoughts on “Wildlife of Namibia Part 1”