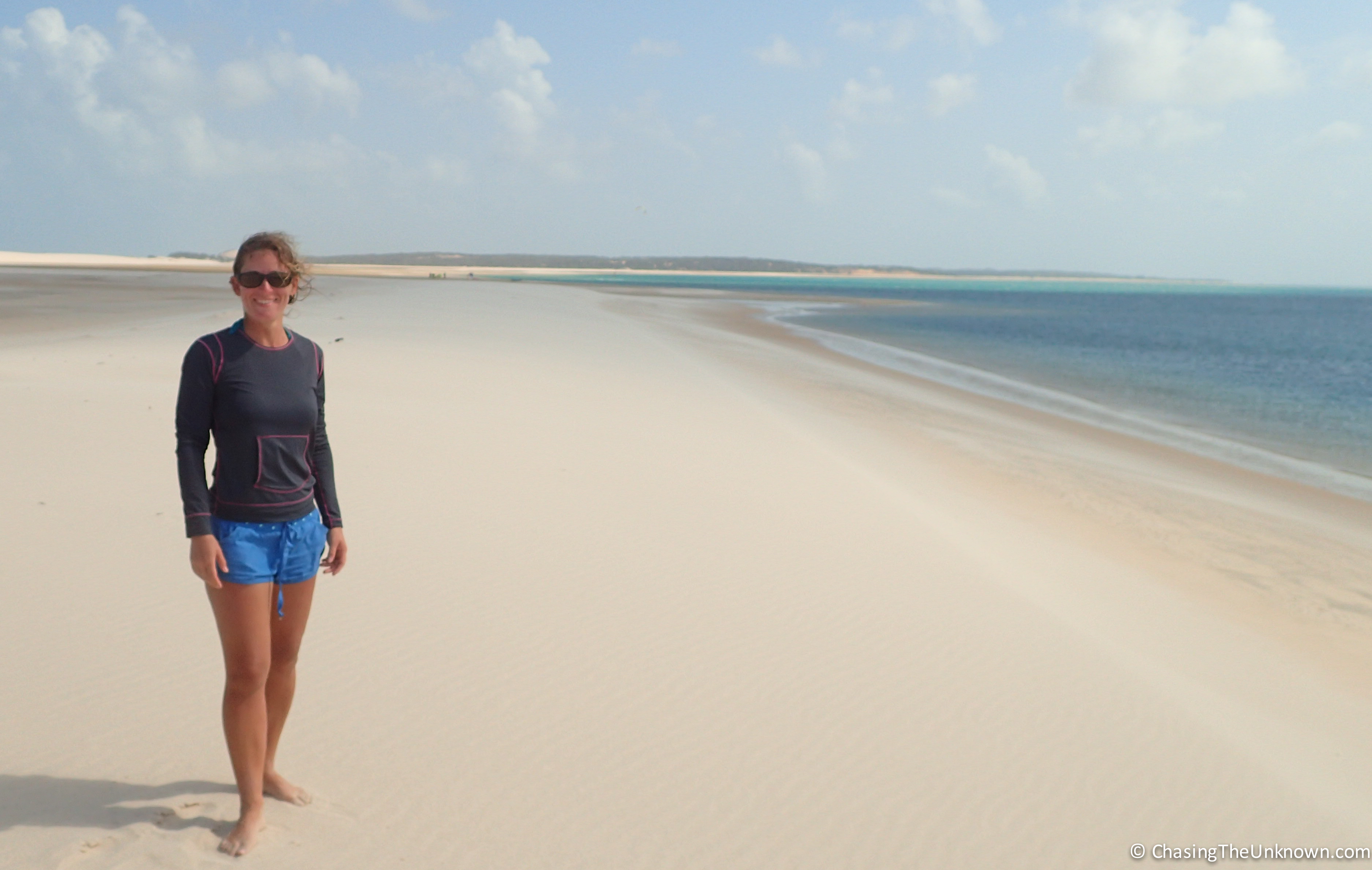 The first thing my brother asked when I told him I was heading to Mozambique was if I could bring back a dugong. He was kidding, obviously. He was willing to settle for a photo. Of me. Riding a dugong. I’d have been happy just to see one. Before you go looking it up, a dugong is a marine mammal related to the manatee. The only saltwater herbivorous mammal remaining, dugongs reside in the Indian Ocean and parts of the Pacific. The Bazaruto Archipelago off Vilanculos (also spelled Vilankulo), Mozambique has long been home to these shy animals. Staying on the islands was well out of my budget but day trips with snorkeling leave from Vilanculos daily and dive boats go out when the wind isn’t too strong. When Tofo failed to wow me, I headed north with a new friend to see what Vilanculos had in store for me. Dugongs, I hoped.

The town itself isn’t particularly worthy of note. It’s a small city with a number of resorts, a couple of hostels, a beach where kids play soccer at low tide, a handful of banks, restaurants, bars, and shops. It’s bigger and busier than Tofo and the beach is littered with rubbish and broken fishing nets. Parts are unsafe to walk at night which made it easy to go to bed early and give my liver a break. While the main road is stone, the rest are sand. Tuk-tuk drivers overcharge foreigners but according to the owner of one guesthouse, locals who are known to be affluent are equally overcharged. When he goes to the market or calls for a ride, he’s charged a higher price than if one of his employees buys the same items or takes the same trip. As his two businesses have gained success, the prices he pays have risen. No matter how hard he bargains, he can’t get the price down to what the average resident pays. He told me this in an effort to make me feel better about what I was being charged but all it did was make me long for nations where prices are set and those where negotiation is fair.

During my stay the wind was too strong for dive boats to go out but I managed a trip out to the Bazaruto for a bit of snorkeling on Two Mile Reef. Dives are typically done at the same site and I’ve since heard that it isn’t much different. The resorts are hidden from a day-trippers’ view so the islands all appeared vacant. As in Tofo, the sand was clean and the shades of blue nothing short of stunning. 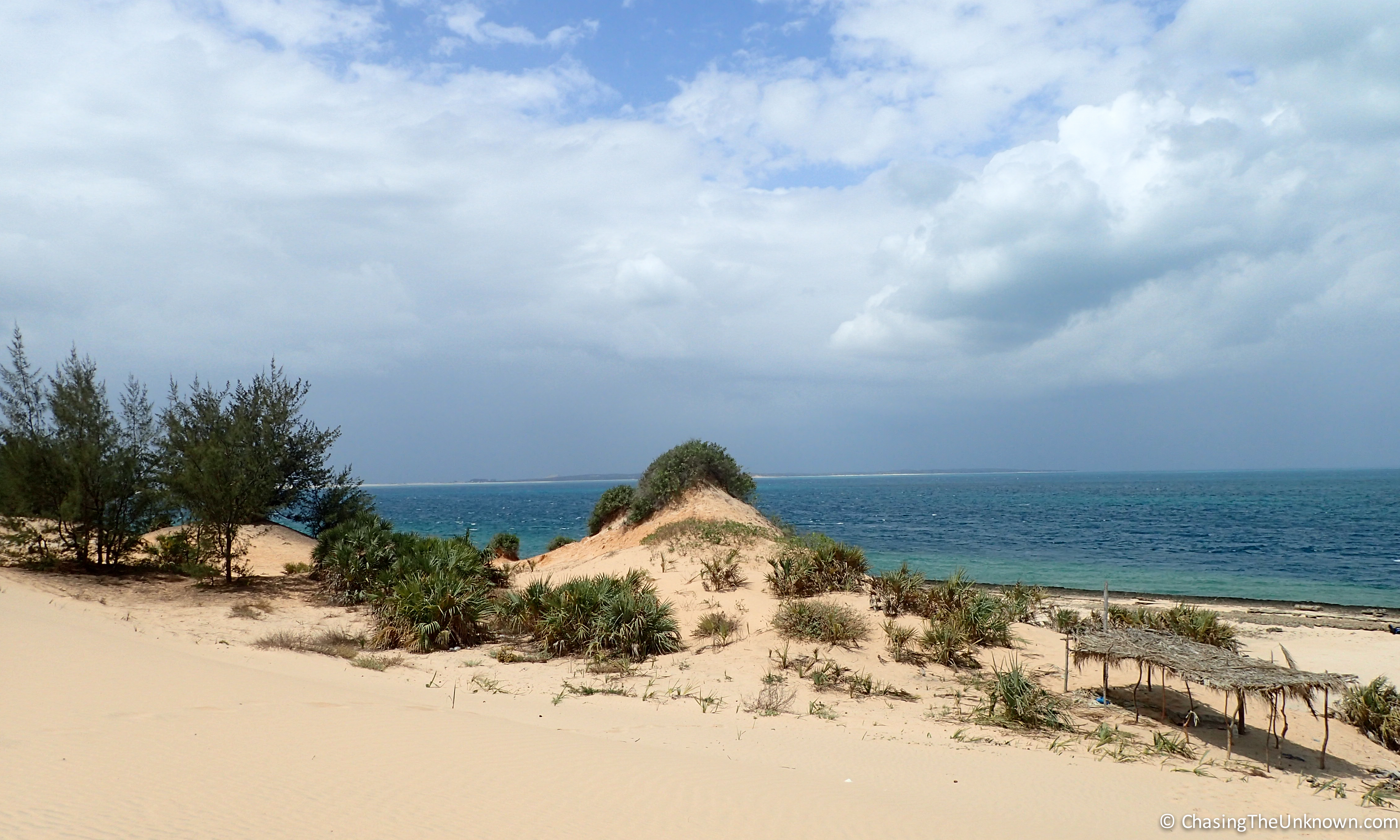 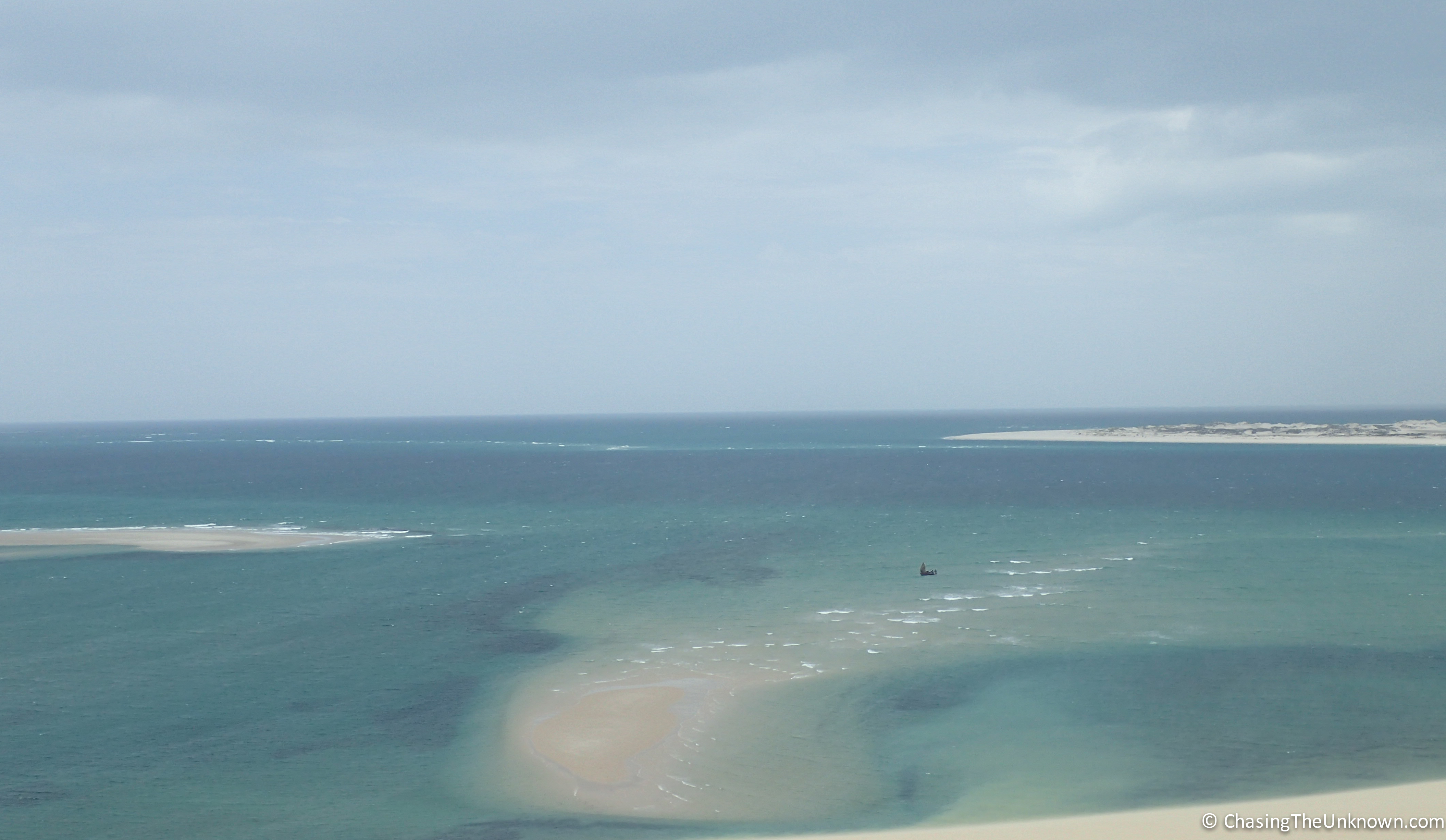 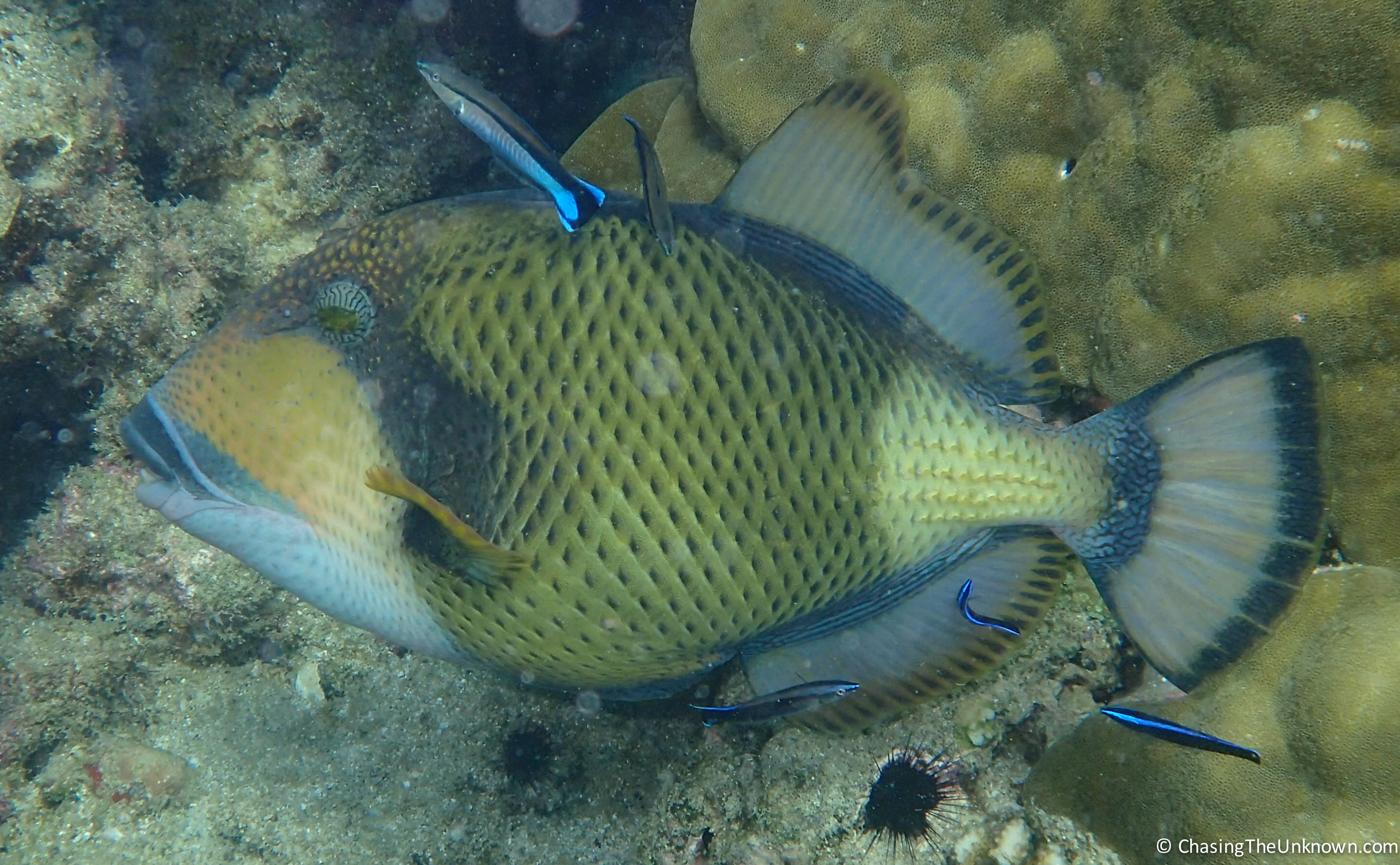 As for dugongs, residents told me there are only two living in the area these days. A 5-year resident of Vilanculos told me he’s never seen them. A woman who’s out on the water nearly every day said that in six months, she’s seen them twice. Both times were fleeting as the dugongs swam off when the boat approached. The closest I ever got was this sculpture in Maputo’s Museum of Natural History. Now if only I had the Photoshop skills to put me on top waving a lasso… 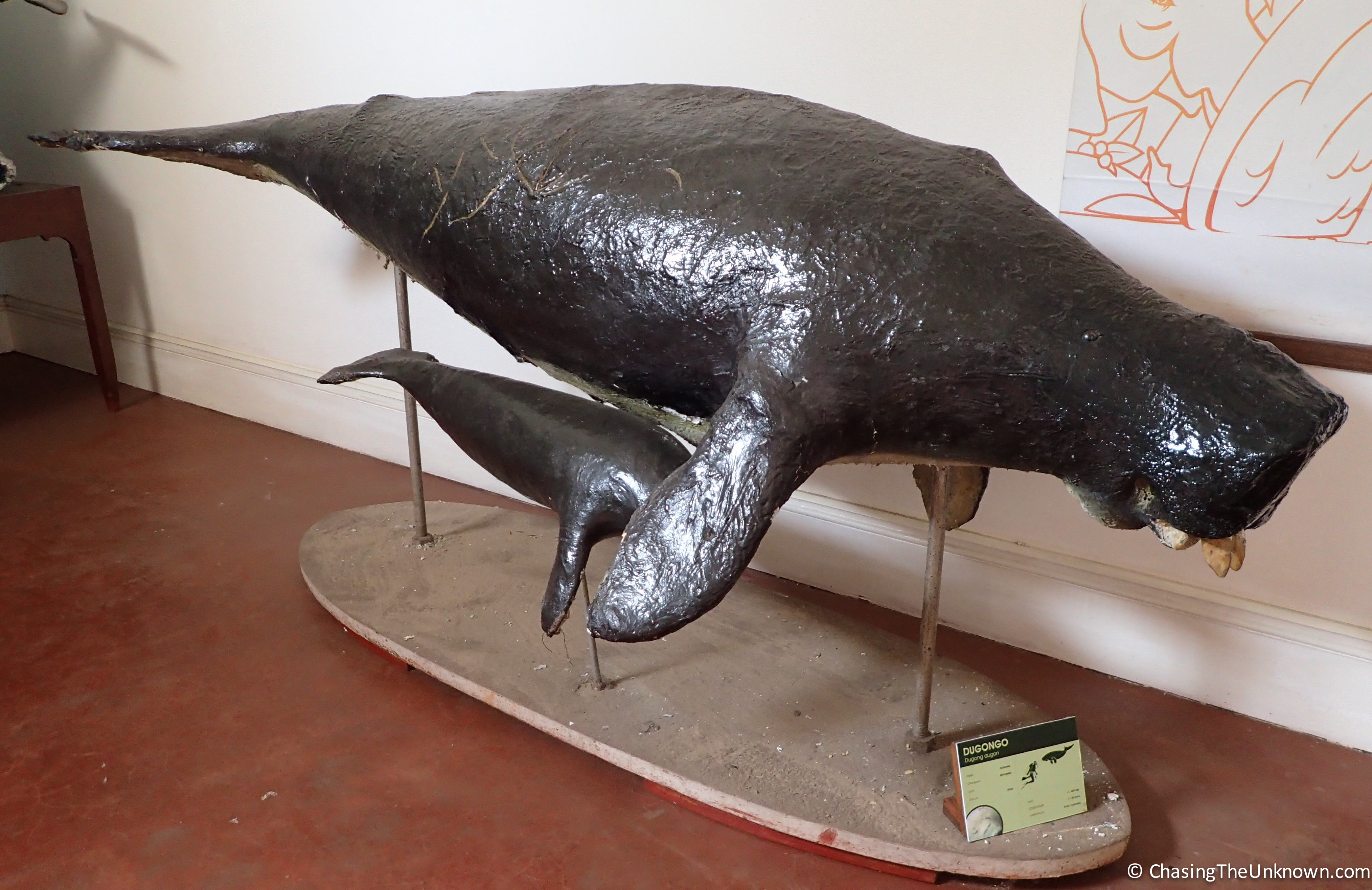 2 thoughts on “Vilanculos and the Bazaruto Archipelago”